After hearing a recent homily about the parable of the Prodigal Son, Roxane Salonen pauses to ponder new insights from this eternal story.

It’s a parable that keeps on giving. And hearing it again recently brought its richness to the fore.

It was at an evening Mass celebrated by our local Catholic school’s chaplain that reintroduced this eternal story of the Prodigal Son to me, igniting many thoughts. Within his homily, Fr. Kyle Metzger offered two phrases that stood out; phrases that could be substitute titles, perhaps, for this parable: Scandalous Mercy and The Bitter Brother.

You already know the timeless story, found in Luke's Gospel. The foolish son leaves home with reckless abandon and squanders everything, only to find himself ravished and dwelling with the swine. At rock bottom, he yearns for the warmth of family—and, thoroughly humiliated, makes his way back home.

And what does he find? His father, with open arms. Or, as Fr. Metzger called it, scandalous mercy. Mercy unexpected and undeserved. It’s the kind of mercy only our heavenly Father can offer perfectly, but which He hopes to instill in us, even if we can only imperfectly replicate it.

So, what if the forlorn son had instead received a cold, blank stare? A closed door? Crossed arms? How might salvation history, including our own, have progressed in light of a hardened heart?

The scandalous mercy of God changed everything, and if it could change the course of history in Jesus’ time, how might it change ours here and now?

We see this other, darker possibility in the third character, whom Fr. Metzger called the Bitter Brother. It is this character who gives us a real glimpse at a merciless reality, and how, when we close our hearts to love, it can eat us alive.

This older son, he explained, “turns against not only his pathetic brother, but now against the father. He lashes out. He even refuses to go to the party. You come to me on my terms. He will have none of it.”

In other words, he added, “The other brother is stuck in himself. And now, both brothers are sinners. It’s the contagion of sin.” 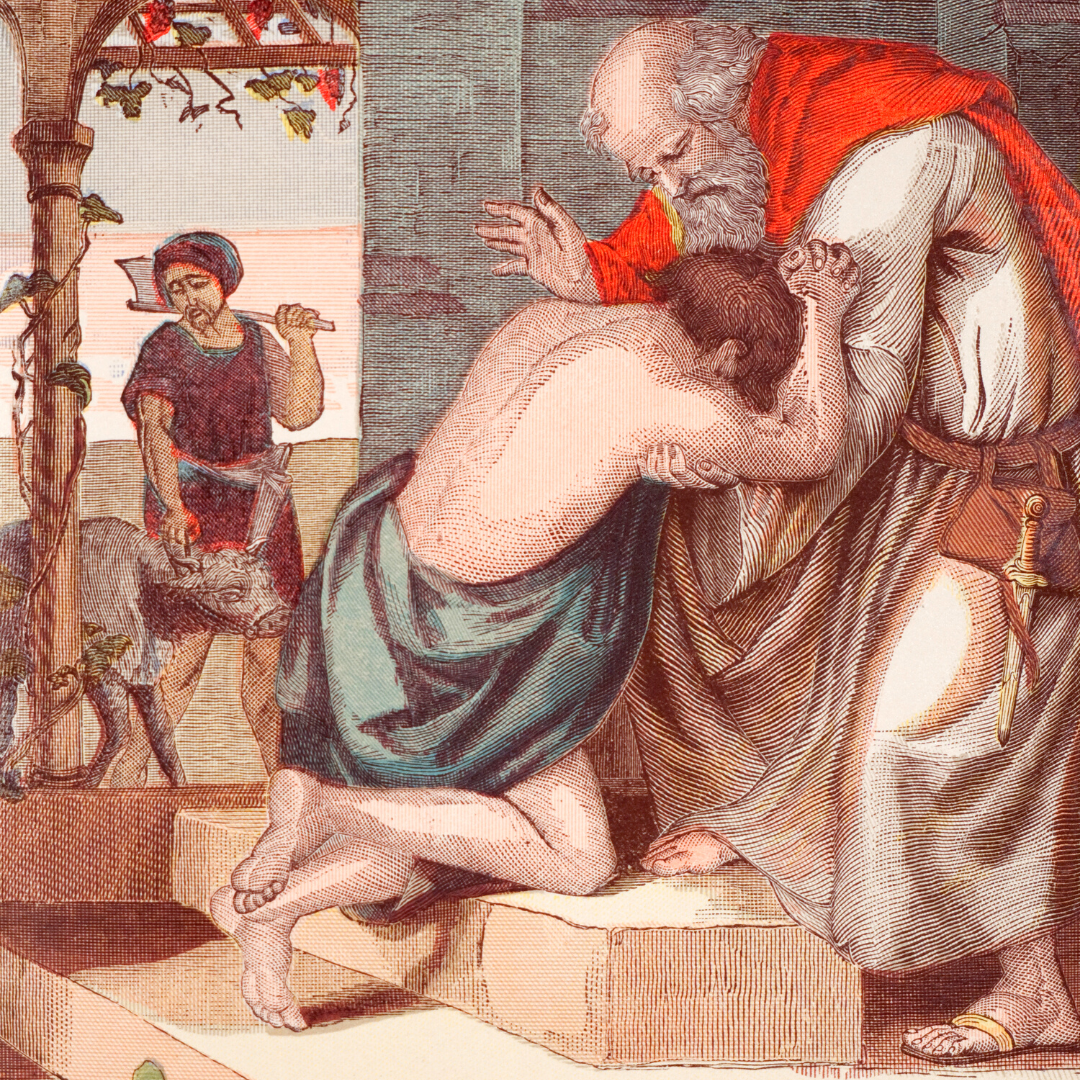 The question, for Fr. Metzger, becomes this: Who is the worst sinner? The prodigal son or his brother? To help sort it out, he categorized each brothers’ sins, naming the prodigal’s sins of weakness and impulsivity. “He wanted the pleasurable life; he wanted the thrills.” But what of his brother’s? “Those were sins of malice,” Father continued, “a conscious refusal to allow God’s mercy free reign.”

Most of us squirm to hear this, he said, because we so well relate. Those who identify more with the prodigal son might be at an advantage, he added, possibly having “experienced more of God” than the other brother.

The bitter brother knows he’s sinned, but not that much; certainly not as much as him. As the older brother, we might reason that we have kept ourselves respectable, demonstrated many virtues, and resisted certain weaknesses, Father Metzger said, “But have we developed a heart like the father?”

“Jesus preached to those who were requiring strict adherence to enter the Kingdom of God,” he said. “Perhaps this parable more precisely shows generosity, and our reluctance to extend the mercy that we have received.”

To illustrate this merciful mindset, he shared a story involving Father Junípero Serra, one of the first missionaries to California in the 1700s, who was canonized in 2015. Fr. Metzger told how, one night, as Fr. Serra and his assistant were reclining for the evening, a knock on the door came from a woman hungry and cold. Fr. Serra immediately responded, offering her food and warm clothing. Later, his assistant questioned him. “Didn’t you recognize her?” The same woman had stolen their chickens several years before, during a famine, leaving them hungry and suffering. “I recognized her immediately,” Fr. Serra responded, “but until now, I had wondered if I’d forgiven her. Now I feel more confident I have.”

Click to tweet:
When have you felt the door of mercy close shut? When have you been on the other side, closing it? #catholicmom

According to Fr. Metzger, we all have this propensity to hold onto grudges, and avoid extending mercy when the need for it comes knocking. We also don’t quickly recognize that things said about our neighbors are often equally true of us.

“They’re weak, but we’re tempted to pride,” he said. “Their sins are obvious, and yet we’re blind to our own. They accept God’s love as pure generosity, and we accept it as payment for a job well done.”

“All of this is the folly of the other brother,” he continued, who insisted he be the honored son. “But the hallmark of a virtuous Christian life is humility.”

If we ever do make it to heaven, Fr. Metzger concluded, we will have to confront that it is only the sheer generosity of God that has opened the door.

Q4U: When have you felt the door of mercy close shut? When have you been on the other side, closing it? What might God be asking you today as you reflect on this parable?

Mercy at the Bus Stop
Read
Made New, Memory by Memory
Read
Joseph, Mary, and Me
Read