Setting the World on Fire 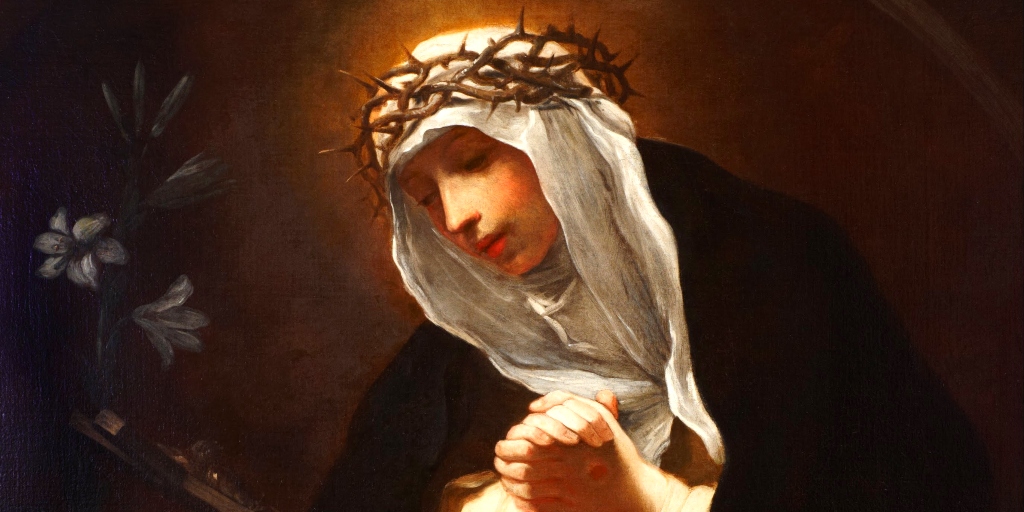 Kathryn Pasker Ineck argues that uncovering the unremarkable details of a saint’s life is a great way to forge a relationship with him or her!

There is nothing quite like getting all the kids to bed and settling in with a late-night treat enjoyed in the tranquility of silence with a beloved sitcom … and then being interrupted by a tentative voice.

“Mom?” my daughter stage-whispered on one such night, poking her seven-year-old head around the dining room wall, blinking at the light.

Startled, I quickly put down my chocolate square and guiltily shielded it from her view. “Daisy,” I reproached her, “it’s after midnight—and you have school in the morning. Make it snappy.”

“I just wondered: do all saints have a day?”

Her curls bobbed up and down as she nodded.

“I just wondered when Saint Gemma’s Day is,” she said. My heart melted. She was pondering on the saints as she fell asleep! A quick Google search gave us the answer: April 11.

“You’ll never guess,” I told her, grinning. “It’s today.” Early on, Daisy discovered Saint Gemma Galgani and developed a close relationship with her. Close enough that Daisy intuitively knew when her special day was!

After Daisy’s late-night question, I began to look around—really look around—at the churches we visit. Rather than accepting the statues and images as a nice addition to the parish décor, I looked them up. Who is that saint? What did his or her life look like? What does it say about the parish community that honors them? I also began to look at our friends’ homes or ask about their Confirmation patron saints. Whom did you choose? What drew you to them?

Unlike my daughter, but like many Catholics my age, the saints I most often encountered growing up were few: Saint Francis and Saint Anthony, Saint Thérèse and Saint Bernadette, Saint Nicholas and Saint Joseph. I knew that there were rather a lot of Saint Catherines, but as they didn’t spell their names “right” like mine, I sort of glossed over them. As I began meeting more and more of our family in Heaven, I got to know their many personalities: Saint Teresa of Avila’s sense of humor is so refreshing, and Saint Augustine’s autobiography is so sincere (what he put his mother through, though!). Saint Ignatius led such an exciting life of travel with hardship, and Saint Francis’s family really thought he must have been off his rocker. 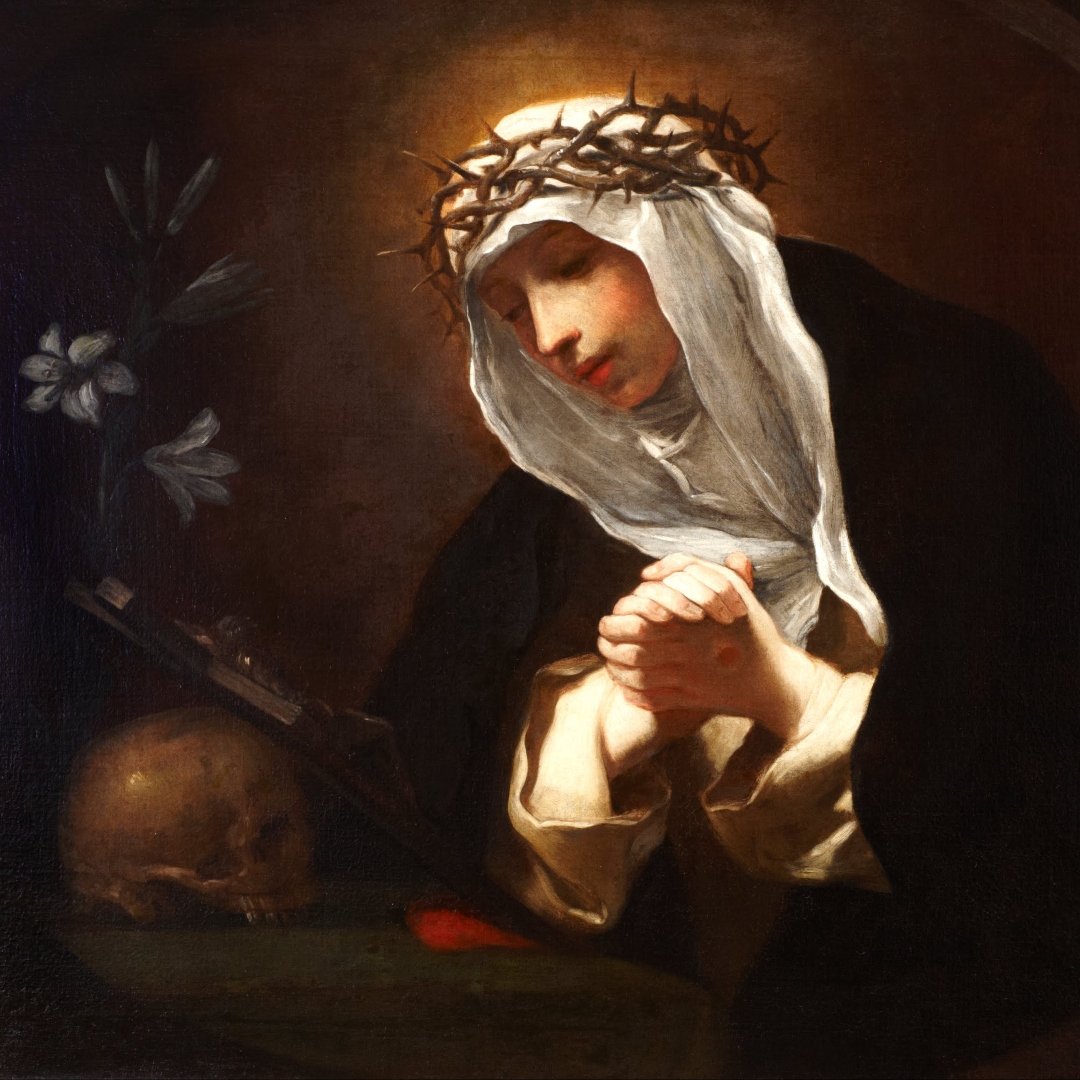 This week, one saint really stands out in my mind: Saint Catherine of Siena. Lay Domincan. Doctor of the Church. Feast Day: April 29. (I know, I know: Saint Zita is this week! Saint Gianna Beretta Molla is this week! Neither of them is named Kathryn—ahem—Catherine, though. Let me have this one little win!)

Click to tweet:
An annoying saint is a great consolation to me because it’s such a human—and for me, relatable—trait. #catholicmom

Saint Catherine of Siena and her twin sister Giovanna were their mother’s 23rd and 24th babies. Giovanna did not survive long and joined their other dozen or so siblings in Heaven, but Catherine thrived. She was such a cheerful baby that her family nicknamed her with the Greek word for “Joy.” She had a deep faith as a little child, and experienced visions of Christ around the time she was five years old. She was certain of a religious vocation by the time she was seven or so.

During the three decades of her life, she fasted, wrote over 400 letters, convinced the pope to return to Rome, and any number of other impressive acts of obedience and charity. But the thing that stands out the most for me is the fact that she annoyed people. The other women in her Dominican group—the mantellate—were irritated by her. They complained constantly about her to their priest. She prayed too long at Mass. She was too pious. She levitated during the Consecration, which was distracting to them. 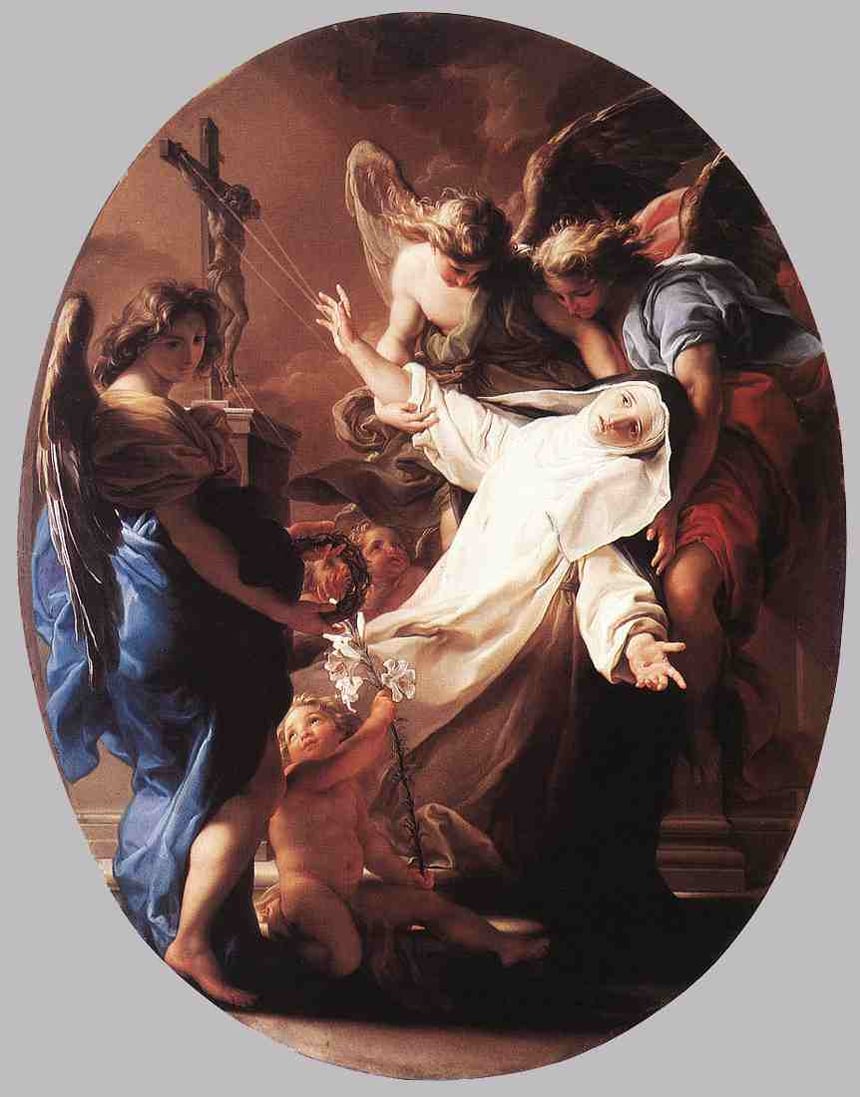 At home, she was difficult. She refused to take suitors. She cut off her lovely hair to appear less attractive. She closed herself in her room and refused to eat. She rejected blankets or pillows. Then, she suddenly began interacting with her family again: Jesus had instructed her to re-enter the world and serve others, a directive she took very seriously. She tended the ill and clothed the poor…with the goods in her father’s business and without his permission. And this was all before her travels across Italy and beyond to pester the pope into returning to his rightful place in Rome!

Saint Catherine was bold. She was unafraid to live her faith out loud, whether she was holed up in her little room, or out in the world. She knew who she was and whose she was, without apology. She instructed us, "Be who God meant you to be and you will set the whole world on fire." She also encouraged us, “Proclaim the truth and do not be silent through fear.” She was not afraid of speaking out, of not fitting in, of trying to mold herself into what was expected of her by her family members or her community.

An annoying saint is a great consolation to me because it’s such a human—and for me, relatable—trait. I see people’s eyes glaze over when I get excited and talk too much about a new math curriculum I’ve recently found, or a nuance of the life of Katherine of Aragon (see?! Another Kathryn!). We don’t often remember to think of saints as real people, but more often as mythological creatures given supernatural perfection and thus living lives totally unattainable by us lowly, modern men and women. The remarkable thing about each saint, though, is his or her unremarkable-ness. The idiosyncrasies and personalities that define their humanity also make them interesting and loveable.

And I wonder: if I were part of Saint Catherine’s community, would I have understood what she was all about? Or would I have been just as annoyed by her prayerful shenanigans as the rest of her mantellate? Luckily, I don’t have to worry about that: I can just love her for who she was, for who she still is.

Saint Catherine of Siena, patroness of people ridiculed for their piety, pray for us. 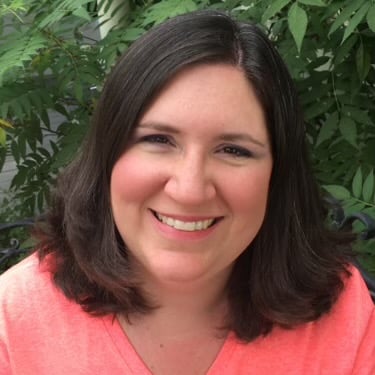 A Stocking Full of Lessons
Read
Meeting a Saint on the Seaway
Read
Be the Difference: St. Edith Stein
Read