The Seven Sorrows of Mary: an Invitation from Our Lady 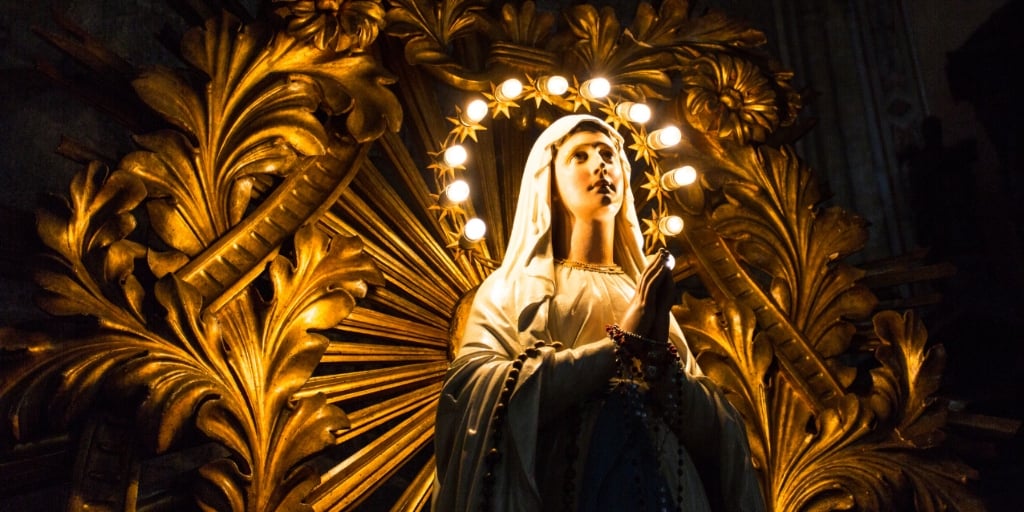 Catholic author Eileen Tully reflects on the promises of the Seven Sorrows of Mary as a convert, a mother, and a faithful disciple.

The month of September has been dedicated to Our Lady of Sorrows since the celebration of her feast day was developed by the Servites (Order of the Servants of Mary) in the 17th century. However, devotion to the Blessed Mother under this title began long before then.

As a homeschooling mother and Catholic convert, I often learn about our beautiful Catholic faith in the context of creating a liturgical lesson for my children. Such was the case when I first learned about the seven dolors—or sorrows—of Our Lady in September of 2019. In preparation for her Feast Day on September 15th, I researched and created a lesson plan based on the seven events that constituted her seven sorrows. Still, nothing could have prepared me for the lessons I would learn in the process.

My relationship with the Blessed Mother had been slowly growing at the time. As a long-time Protestant with a mother wound, I found Mary to be one of the biggest stumbling blocks to my conversion. I struggled to pray the rosary. I didn’t understand how people connected with her as a mother. Mary revealed herself to me little by little in the years leading up to this encounter with Our Lady of Sorrows, and I had gradually come to trust her goodwill. When I read about her sorrows in preparation for my homeschool lesson that day, something in my heart told me to dig deeper. And dig I did.

Over the next few weeks, I read many of Our Lady’s revelations to St. Bridget of Sweden, a 14th-century mystic. In one revelation, Our Lady “complained to St. Bridget that very few people do console with her and that the greater part of the world lives completely oblivious to her sorrows. ‘I look around me at all who are on earth to see if there are any who pity me and who meditate on my sorrows, and I find that there are very few.’”

When I first read this, the passage stood out to me, and I instantly understood it from the perspective of a grieving mother. Our own family has experienced two early miscarriages and the death of identical twin daughters – one stillborn and the other as an infant in the NICU. Several years after our losses, it often feels like I am the only one who remembers their brief lives on earth, the only one who still relives the trauma of their death. But as I spent more time reflecting on this revelation, I began to wonder why, some 1300 years after Jesus’ death, Our Lady was still asking for pity and compassion. Why, when she has already experienced the resurrection of her Child and the joys of heaven, does she still need pity?

When I prayed for her to help me understand, she quickly responded. She does not need pity for herself! Instead, when we meditate on the tremendous sufferings she experienced, we are made aware of the effects of our sins. Reflecting on her dolors moves us with compassion for her and her Son and toward the pursuit of holiness. Out of love for us, she asks us to remember her sufferings.

The Seven Sorrows of the Blessed Virgin Mary:

In pondering these sorrows for the first time, I felt like Our Lady was inviting me to put myself in her place for each one and to imagine what she was feeling. I realized that from the shock of those first words of Simeon to laying her beloved Son in the tomb, I could relate some part of each of her sufferings to my own experience of losing a child. I discovered this was where the Blessed Mother and I had our most profound connection. I realized that I —and other bereaved mothers—have been given a unique opportunity in addition to our heavy cross to bear: the chance to empathize more personally with Our Lady, to relate her experiences to our own, and because of that, to feel contrition for sin more acutely. 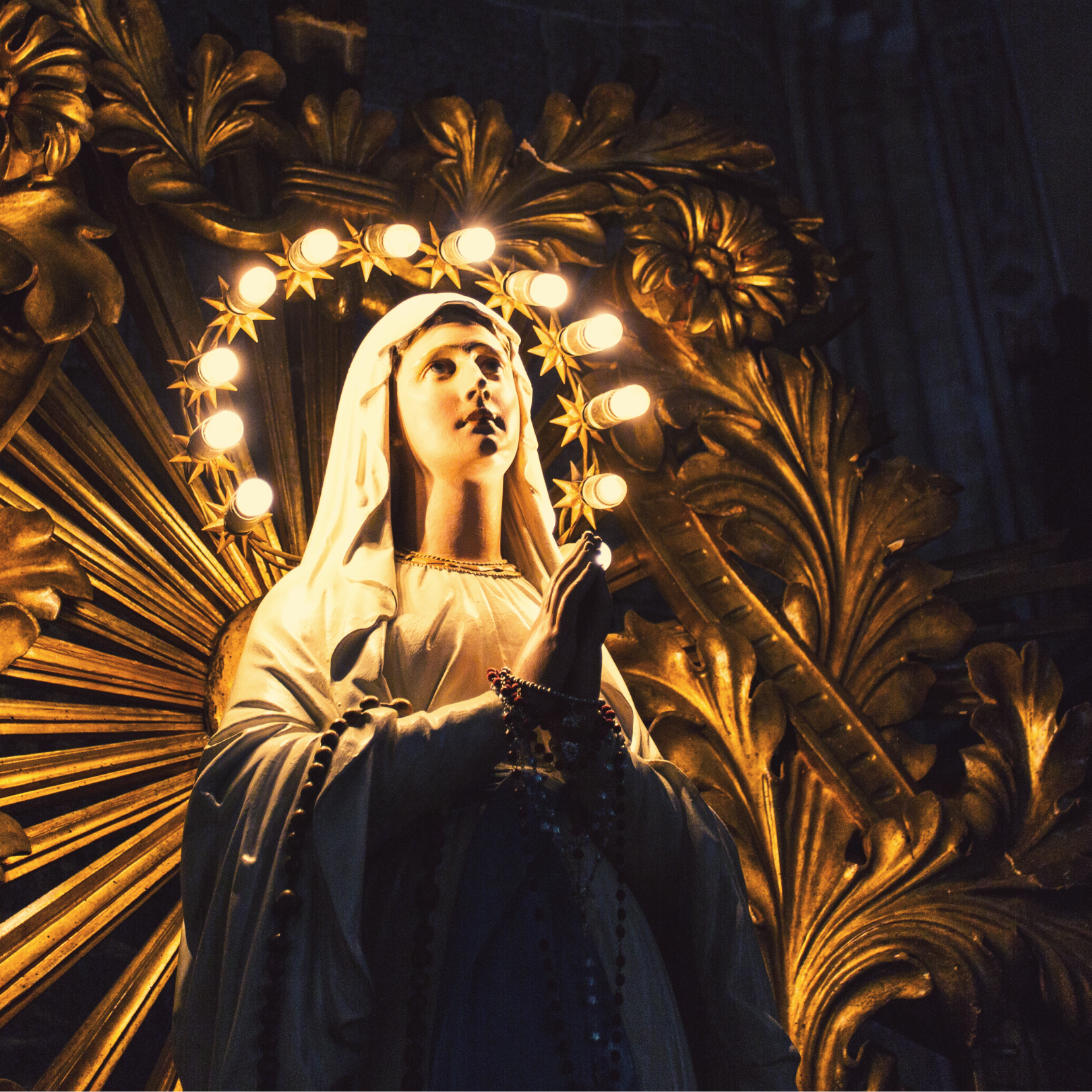 If this were the only benefit of meditating on her sorrows, this would be a tremendous one as it motivates us toward holiness, but in addition to this, Mary promised to St. Bridget seven graces for those who would meditate on her sorrows:

Click to tweet:
Mary's promises are given not just to grieving mothers but to every one of us who spends time meditating on Our Lady’s sufferings. #catholicmom

These promises are given not just to grieving mothers but to every one of us who spends time meditating on Our Lady’s sufferings. We can do this by praying the Rosary (or Chaplet) of the Seven Sorrows or by simply considering her sufferings and offering a Hail Mary prayer for each one.

When she appeared in Kibeho, Rwanda, in 1981, the Blessed Mother asked for a renewal of the Rosary of the Seven Sorrows, saying she loves this prayer. She also told the seers, “no one will reach heaven without suffering.” But we also know that Our Lady doesn’t just leave us to endure our suffering alone. Rather, as St. Alphonsus Liguori reminds us, “When our crosses weigh heavily upon us, let us recourse to Mary, who is called by the church Comfortress of the afflicted and by Saint John Damascene the remedy for all sorrows of the heart” (Liguori, The Glories of Mary).

This month, consider meditating daily on Our Lady’s seven sorrows, not only for the amazing promises attached to this practice but also to console the heart of our Blessed Mother and to gain true contrition for sin. Out of love for us, Our Lady desires to give us this contrition, along with the grace to endure our sufferings with faith, hope, and love, as she did, so that we may be united with her and her Son in heaven.