Sorrow, Presence, and the Desire to Be Heard and Understood 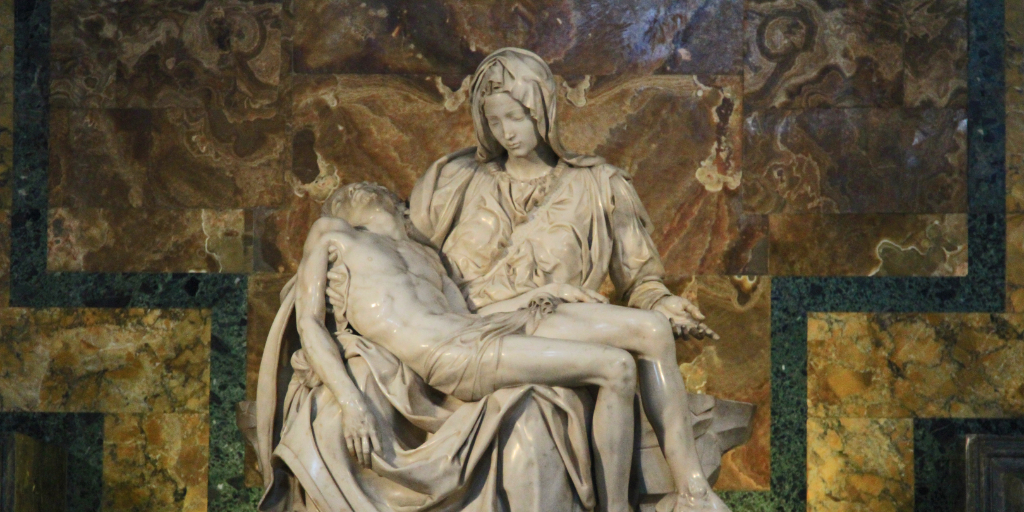 Charlene Bader reflects on Mary's Sixth Sorrow, Mary Receives Christ's Body from the Cross, in light of our basic human desire to be heard and understood.

Centuries of tradition and artistic representation contemplate the sorrow of Mary receiving her Son's body from the cross.

I wonder if John and Mary Magdalene considered pulling Jesus' mother away until after his body was wrapped for burial. Such a tortured body would surely rupture her heart. Often, if a victim is badly hurt, a medical examiner will only allow discreet opportunities for family members to view or touch part of their loved one's body.

And yet, Mary holds her precious son's body, grieving at the brutality of his death, while also aware his story isn't over. After 33 years of presence, listening with her heart, pondering one strange occurrence after another in the life of her son, Mary understands, even in sorrow, something bigger is happening here.

This is the sixth post in a series on our seven basic human desires reflected in Mary's Seven Sorrows. Consider the Sixth Sorrow, Mary Receives Christ's Body from the Cross, in light of our basic human desire to be heard and understood.

At Jesus' death, his followers were confused and despondent. Many had fled. Perhaps they were thinking, "What was it all for? What a waste."

But Mary recalled Jesus' warnings about what was to come. She remembered Simeon's prophecy that her heart would be pierced. She knew Jesus had allowed himself to be scourged, mocked, crucified, killed. And from Mary's song of Magnificat in Luke 1, she recognized this was all somehow connected to God's promise to Abraham nearly 2,000 years earlier.

Even as chaos and sadness descend, Mary's intentional presence throughout Jesus' life helped her hear and understand her Son. 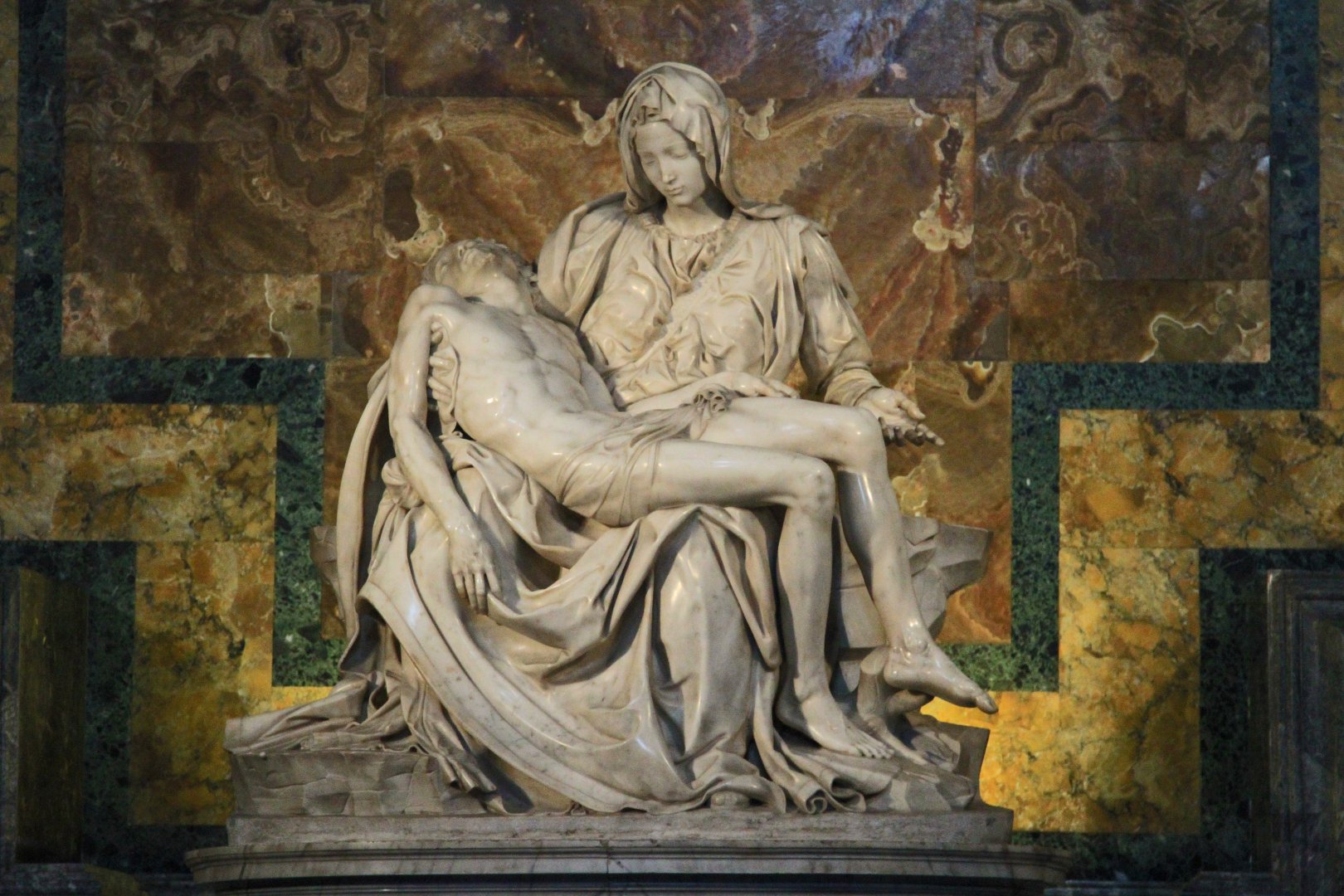 Was there someone in your childhood who really listened and understood? So often, when one of my kids begins to talk, I hold up a finger of pause: "Not now … I'm busy … I'm on the phone … I'm tired … I just talked with you five minutes ago… Can you just give me a moment?" What about as an adult? Can you recall a time when someone really listened intently as you shared?

When we're repeatedly ignored or misheard, we might begin to think our concerns and ideas don't matter. We might stop trying to communicate altogether — why bother if no one's listening? We might start shouting our thoughts in an attempt to make ourselves heard. We might talk quickly without stopping, afraid to lose control of an opportunity to speak. When children feel unheard, they often resort to tantrums, yelling, flailing, and acting out.

How do I respond when I feel unheard? Talk louder? Talk more? Talk angrily? Do I stop trying to talk altogether?

How can I be present with intentional attention to hear and understand others? As a parent, how can I help my child feel heard and understood?

Click to tweet:
Even as chaos and sadness descend, Mary's intentional presence throughout Jesus' life helped her hear and understand her Son.  #catholicmom

Next month, we'll reflect on Mary's Seventh Sorrow, Placing Our Lord in the Tomb, in light of our basic human desire to be blessed. 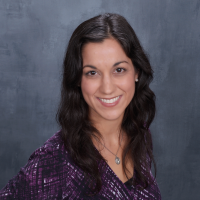 Born and raised in Texas, Charlene Bader enjoys teaching, editing, and writing while raising 5 boys with her husband, Wally. She learned to love Scripture from her Baptist parents and liturgy from her Episcopal grandma. In 2003, she converted to Catholicism. Charlene is passionate about helping others experience a personal, relevant connection to the Lord in their everyday lives. She writes personally at her blog, Sunrise Breaking.