Rosemary Bogdan contemplates the call of St. Matthew the Apostle in the light of our call to reach out to those who need love and acceptance.

He left everything to follow Jesus, Scripture tells us. As a tax collector Matthew probably had a good income although he was no doubt despised by his own people because of the unethical practices associated with tax collectors. In Matthew’s own words we read, “As Jesus was walking on from there he saw a man named Matthew sitting at the tax office and said to him, 'Follow me,' and he got up and followed him.”

Matthew was in the middle of doing his job. Still, at Jesus’ words, he left everything and followed him. It would be interesting to know what Matthew was thinking. Did he know who Jesus was? Had they talked previously? Or was Matthew’s heart in such a place that as soon as he heard the words of our Lord he simply had to get up and obey. Jesus knew what was in Matthew’s heart. He knew he was ready and that He wanted Matthew for an Apostle.

Today is the Feast of Saint Matthew, a tax collector recognized as a sinner who was nevertheless chosen to be an Apostle. He is the patron saint of accountants, actors, bankers, bookkeepers, tax collectors, and tax drivers. (No idea about the actors and taxi drivers. The others are obvious.) His Gospel may have been the first one written. 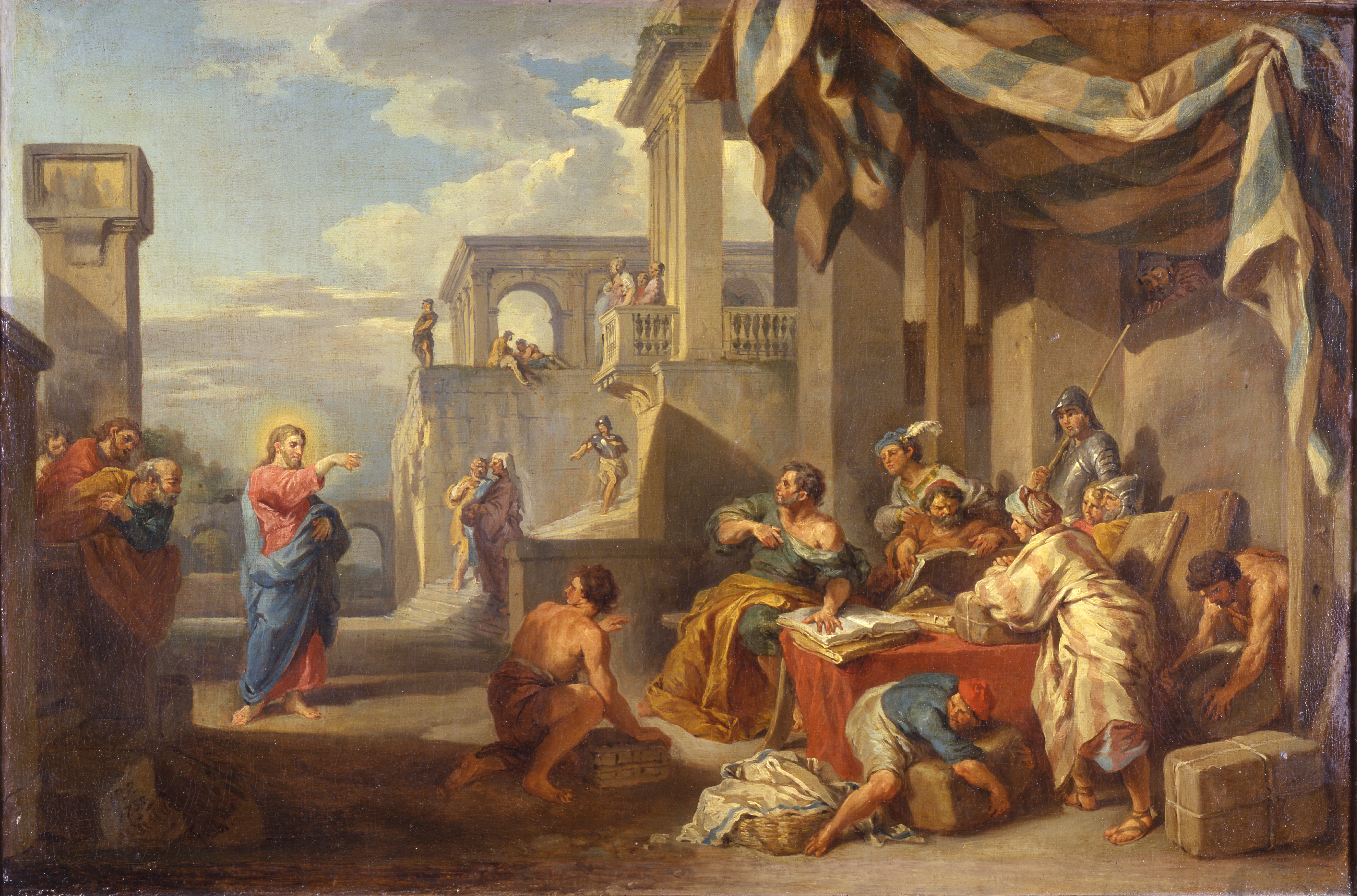 Matthew’s Gospel is written for a Jewish audience. He often refers to prophecies from the Old Testament fulfilled by Jesus. Perhaps he felt a particular sense of obligation to his own people after having betrayed them in his previous occupation?

In the case of Matthew we can see how rich is the mercy of God and how unpredictable is His plan for each of our lives. We are familiar with the story of Matthew’s calling. It is recounted in all three of the synoptic Gospels. The Pharisees and scribes objected to Jesus attending the feast that Matthew threw. “Then Levi gave a great banquet for him in his house and a large crowd of tax collectors and others were at table with him.” Were they jealous? They were at least scandalized that He was keeping company with sinners. We know Jesus’ response. “Those who are healthy do not need a physician, but the sick do. I have not come to call the righteous to repentance but sinners.”

Perhaps there is an additional lesson for us. Jesus does not give up on anyone. There is no one to whom he does not reach out. At the banquet do you think he was explaining to them all how they were sinners and needed to repent? I would love to know exactly what he was saying. But I imagine that he was loving them, laughing with them, listening to their stories, answering their questions, and enjoying their company. Had he been chiding them perhaps the Pharisees would not have questioned the disciples as they did.

May we make no assumptions about others. We do not know who is ready to receive God’s call. #catholicmom

As I think about Saint Matthew’s calling, I wonder if I am reaching out to others with the openness that Jesus desires. Francis Hernandez in his wonderful set of meditations In Conversation with God asks, “Let’s examine in our prayer the quality of our social dealings. Do we treat others with human warmth and affection and are we courteously refined even with those who seem furthest removed from the faith?” In these times of moral relativism and great confusion about the truth, it is very easy to turn inward, to protect our families and ourselves from those ideas that could lead us from the Lord. But do we as adults smile at people who look and dress very differently from us? Do we try to engage them in conversation? Or, if they are our neighbors, do we reach out to them, perhaps asking how they are, maybe even inviting them over?

Maybe those who seem the most opposed to the Christian way of life, those who are most obviously living in what could be objectively described as sin, perhaps these are the people the Lord could be calling us to love. Jesus is not here in human form any more. He needs us to reach out to the sick and to love them. He needs us to lead the sinner back to health, at least to start with, by our example of love. If people feel that you accept them as they are (not their sins but who they are as individual children of God) then they are much more likely to wonder about what is the reason for your hope.

May we make no assumptions about others. Personally, I know that my assumptions are usually wrong. We do not know who is ready to receive God’s call.

Oh Lord, please help us to listen to your still small voice prompting us to reach out to the “tax collectors and sinners” among us.