A radio interview drove Roxane Salonen to read  The Devil and Karl Marx, to help her better guide her children.

Recently, a radio interview on EWTN Live discussing a book about Marxism stopped me cold. The Devil and Karl Marx would seem the least likely title to attract me as a Catholic mother. Yet, the moment the interview ended I ran to my computer to order a copy.

I recognized something within the conversation that directly impacts my life, and realized that, despite my aversion to communism, I needed to know more about this ideology responsible for so much human destruction.

I needed to know my enemy better. And not only mine, but that of young people, who have – both in the past and, frighteningly, in our own day – been lured by its empty promises.

The topic even came up during one of our family’s last campfires of the season. “Communism isn’t that bad, right Mom?” one of my teen boys proffered. “I mean, it has some good ideas. It’s just that humans, being what we are, end up messing it up.”

Sadly, my son had bought into the very hope of the Marxist mission: if enough people are convinced – the youth especially – of this ideology’s “good,” the world can be won over by it. Never mind what it is at bottom. Nothing to see there.

Enter Dr. Paul Kengor, who comes at it from a spiritual perspective, and with a stern warning – one we as Catholic parents ought to heed. Marxism can never be a good force because of this simple reality: it is thoroughly anti-God. This verified, indisputable fact provides my main takeaway, which should be kept in mind whenever anyone paints communism in a favorable light. 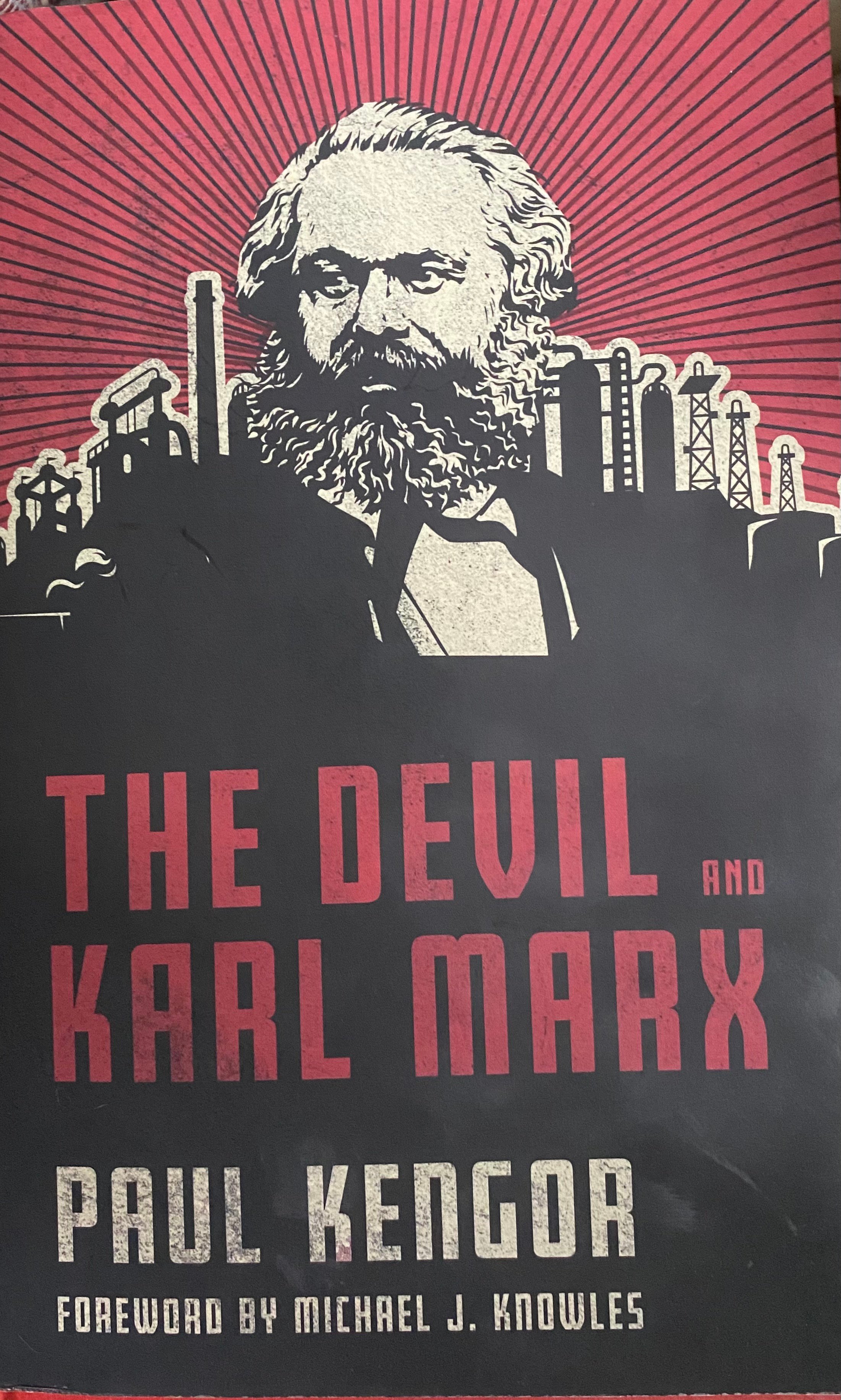 As Michael Knowles notes in the book’s foreword: “The problem with socialism isn’t the inefficiency; it’s the evil…Ultimately, the fight comes down to spiritual warfare: good versus evil.” And yes, “socialism” and “communism” can be interchanged, since the former leads to the latter, and, ultimately, both land at the same end.

Darkness often comes cloaked in “light.” Just as my son had been duped, we convince ourselves that something inherently bad isn’t “that bad.” But in Scripture, Isaiah 5:20 warns: “Ah! Those who call evil good, and good evil, who change darkness to light and light into darkness, who change bitter to sweet, and sweet to bitter!” And Kengor makes the case, thoroughly, that Marxism – which is often paired with such words as “equality,” “just,” and the “common good – should be denounced at every step.

I shared a review of that radio discussion in my local newspaper, reprinted here on my website. The original radio conversation can be heard at EWTN.com. But consider a few of Kengor’s takeaways for today, including the “critical theory” idea which is linked to Marxism and taught in many of today’s universities.

The goal of critical theory, he writes, is “to liberate human beings from the circumstances that enslave them.” What are these circumstances in particular? Kengor points out that they are “the traditional Western institutions and moral norms that have held together the Judeo-Christian world for millennia.” More specifically: The Church and the family.

This is where we need to be alerted, as parents abiding by “the one true, holy, Catholic and apostolic Church.”

What motivated Marx, who was culturally Jewish but railed against his own history? The destruction of religion. He wanted to annihilate God. “The criticism of religion is the beginning of all criticism,” Kengor said, summing up Marx’s longer sentiments suggesting the same, and his life’s mission.

As Kengor mentions, quoting ex-communist Whittaker Chambers, “Marx and his minions were merely echoing the first mistake of man, initiated way back in the Garden of Eden: ye shall be as gods.” Marxism subscribed to one truth alone, Kengor says: “Marx’s ‘truth.’”

That should be all one needs to question whether any redeemable good can come from the Marxist mentality, and to begin to actively steer our children away from it. For in today’s world, as the void from the exodus of a God-directed life for one of self-direction grows larger, ideologies such as this slip in, and our children are vulnerable. Such ideologies come packaged in pretty wrappings, but getting a good whiff, the smell is foul.

CLICK TO TWEET
A spiritual perspective and a stern warning – one we as Catholic parents ought to heed. #catholicmom

There is so much more to explore here. Thankfully, Kengor has gone through the arduous work of compiling it all into a readable format – though I ended up skimming a few ending chapters, finding the raw truth just too revolting to absorb. Nevertheless, I am grateful for the fair warning. As a mother invested in the flourishing of my family, I needed to know what Kengor took such pains to unravel. I needed to better “know thine enemy,” so that as the threat to ensnare our children engulfs, I can be prepared.

Being led by a God of hope above all, though, I want to end with a note of hope. Here it is, from Psalm 27: