The Kindred Bible: The Gospel According to Mark

Alexis Dallara-Marsh reviews the first installment of a new, highly visual, publication of the Bible.

I was recently blessed to receive a copy of the Kindred Bible's first book - The Gospel According to Mark. The translation is taken from the New American Bible, Revised Edition (NABRE). I was not familiar with this translation type previously; however; I found it fairly easy to follow and understand.

The large size of the Bible and glossy pages reminds me of a coffee-table book, though it is paperback. The book is highly visual, incorporating use of photography on most pages throughout the text, while a minority sit along more neutral backgrounds. At some points I wish I knew where the photographs were taken, such as could be included in a caption underneath, for further education and setting a scene. At other times however, I realize this would probably distract me from the larger picture of the words of God.

In general, the words of the Gospel sit in the center of the page with a large border, to somewhat sit amongst the backdrop. At one point the editors note the geographical framework proceeding from Galilee, across the Jordan and through Jericho to Jerusalem, along the photography of mountains and valleys, setting the scene and introduction. In a later footnote they explain how Mark often depicted Jesus teaching the crowds by the Sea but being in contrast at the mountain when in more personal prayer.

The editors note the Gospel of Mark "aimed to equip Christians to stand faithful in the face of persecution." They also note the importance of the "Mystery" of Jesus, dividing the main parts of the Gospel into headings such as "The Mystery of Jesus" in the first half of the book and "Revelation of the Mystery" in the second half of the book. Subsequent photos include that of gushing rivers and waterfalls (associated with baptism and discipleship) and raindrops on leaves (associated with the cleansing of a leper) in chapter 1. Some of the choices later on include what appear to be jellyfish in the encounter with Satan (Mark 3), which inspire me to take time to reflect on why the photographer chooses certain scenes. I particularly enjoyed the choices for the transfiguration, the coming of Elijah, and the simile of salt, which like many of their choices represent abstract pieces of art. More often, though, I feel as if I was there in the scenes myself, particularly with the landscape scenes of the water or desert. The Resurrection and the Ascension are also of course stunning photos to behold and contemplate.

Being able to reflect on the visuals has allowed me to pause and absorb God's Word with more reverence. #catholicmom

I like how the Kindred Bible uses large scale headings in caps lock to note key events and allow us to concentrate on one event at a time, as I will often be trying to move too quickly and get lost in looking at a lot of text in a too rapid fashion. There are often additional footnotes on the side which can also be helpful for organization and clarifying key details. Being able to reflect on the visuals has allowed me to pause and absorb God's Word with more reverence.

I hope to be able to view more of Kindred Bible's collections in the future, reminiscing in the beauty of all of God's creation, giving thanks and remembering His great love for us all through His Son, Jesus Christ. May God bless all those who share such gifts of artistry through the wonder of visualizing His world and using it to share the Word of God. 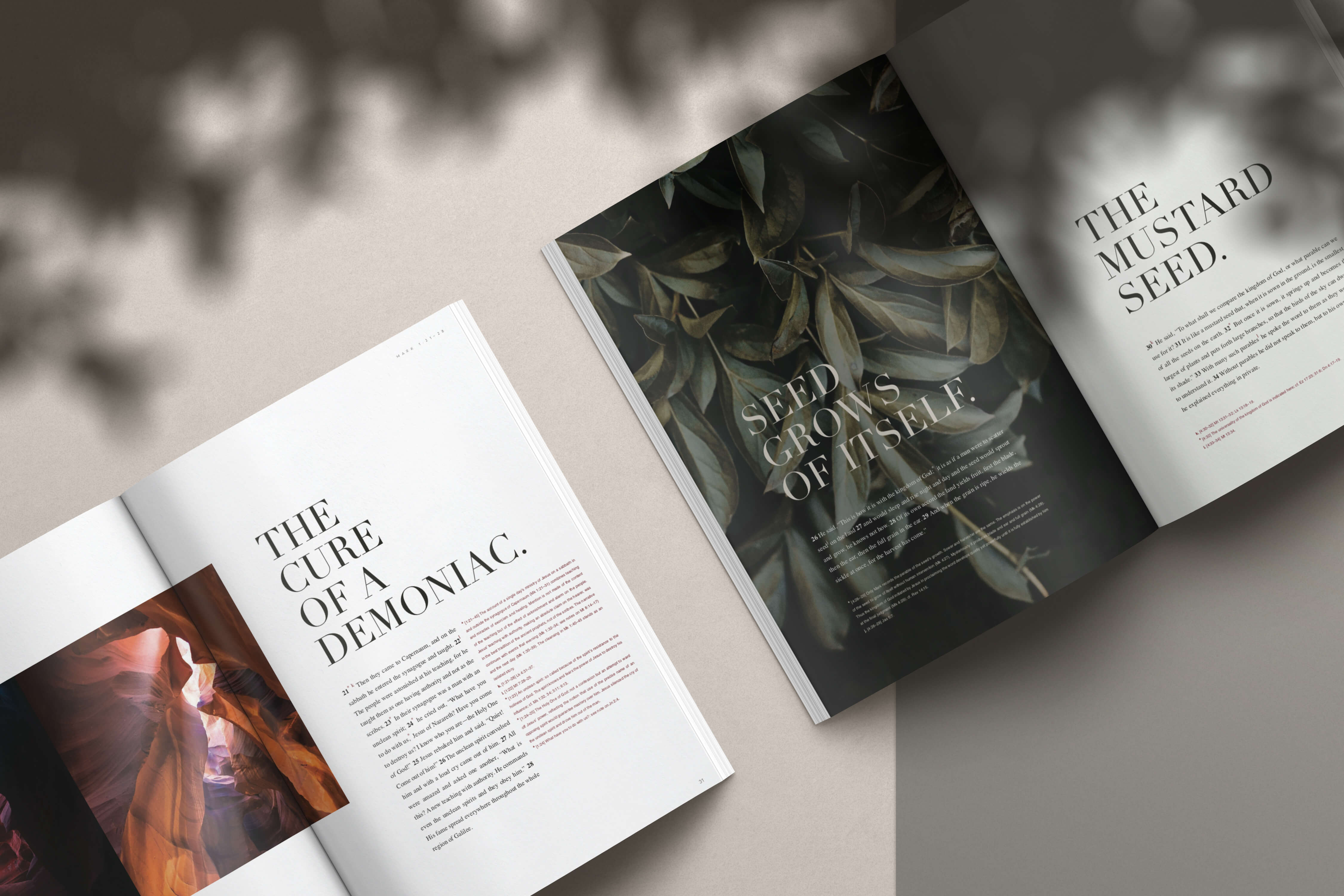