The Rings of Power: The Light vs. the Darkness 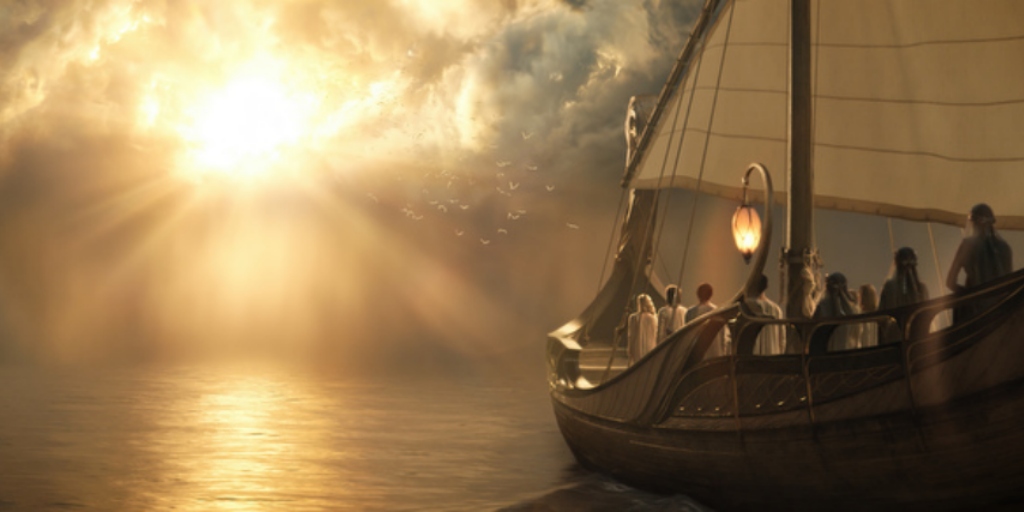 I am excited about the new series, The Rings of Power, based on J.R.R. Tolkien’s The Lord of the Rings source material. It brings the story of the Second Age of Middle-earth to the big screen. Developed by JD Payne and Patrick McKay and set thousands of years before The Hobbit and The Lord of the Rings, this series directs viewers to the beginning of Middle-earth when, “there was light.” The Genesis-like opening scenes show the world before sin and evil destroyed light and ushered in death. Being Catholic, Tolkien communicated a sacramental vision of the world by Elves imaging angels and their land like the Garden of Eden (Genesis 1). 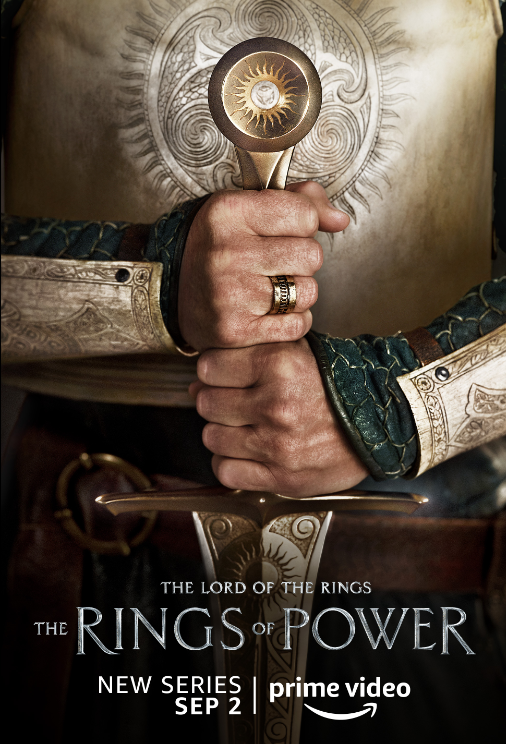 The story advances in time with the fall of Morgoth who fell away from the godlike Valar, as told in The Silmarillion. He wreaked havoc on Middle-earth when he waged war against Elves and Men who banded together to fight his army of orcs and groups of wayward men. He was defeated but not destroyed and so lives on in his most faithful servant, Sauron.

The series focuses on the familiar characters of Elrond (Robert Aramayo) and Galadriel (Morfydd Clark). They have opposite opinions about the evil lurking in the North. Commander Galadriel pursues the evil to the ends of the earth, to fulfill her deceased brother’s vow to defeat Sauron. Since she defied the High King Gil-Galad’s (Benjamin Walker) orders to stop the pursuit, she is being sent to the blessed realm in the West. There she can lay down her sword and live in peace. Galadriel refuses to give up the fight. She tells Elrond, “Evil does not sleep. It waits and in the moment of our complacency, it blinds us.” Elrond spouts a more positive view, “Where there is love, it is not truly dark.” Somehow, this story seems very poignant for today.

We are also introduced to the great kingdom of the Dwarves, Khazad-Dun, and King Durin IV (Owain Arthur). We catch a glimpse of the ancient friendly rivalry between Elves and Dwarves. The men of the Southlands, whose ancestors stood with Morgoth in the last war, go about their business even when some warn of evil approaching. Bronwyn (Nazanin Boniadi) is a healer who proclaims a warning which no one pays attention to until it’s upon them. Her son Theo (Tyroe Muhafidin) hides a mysterious artifact he found in the ruins. The filmmakers introduce many characters who are not from Tolkien lore, but who add to a creative storyline that brings together the past with the future ages of Middle-earth. 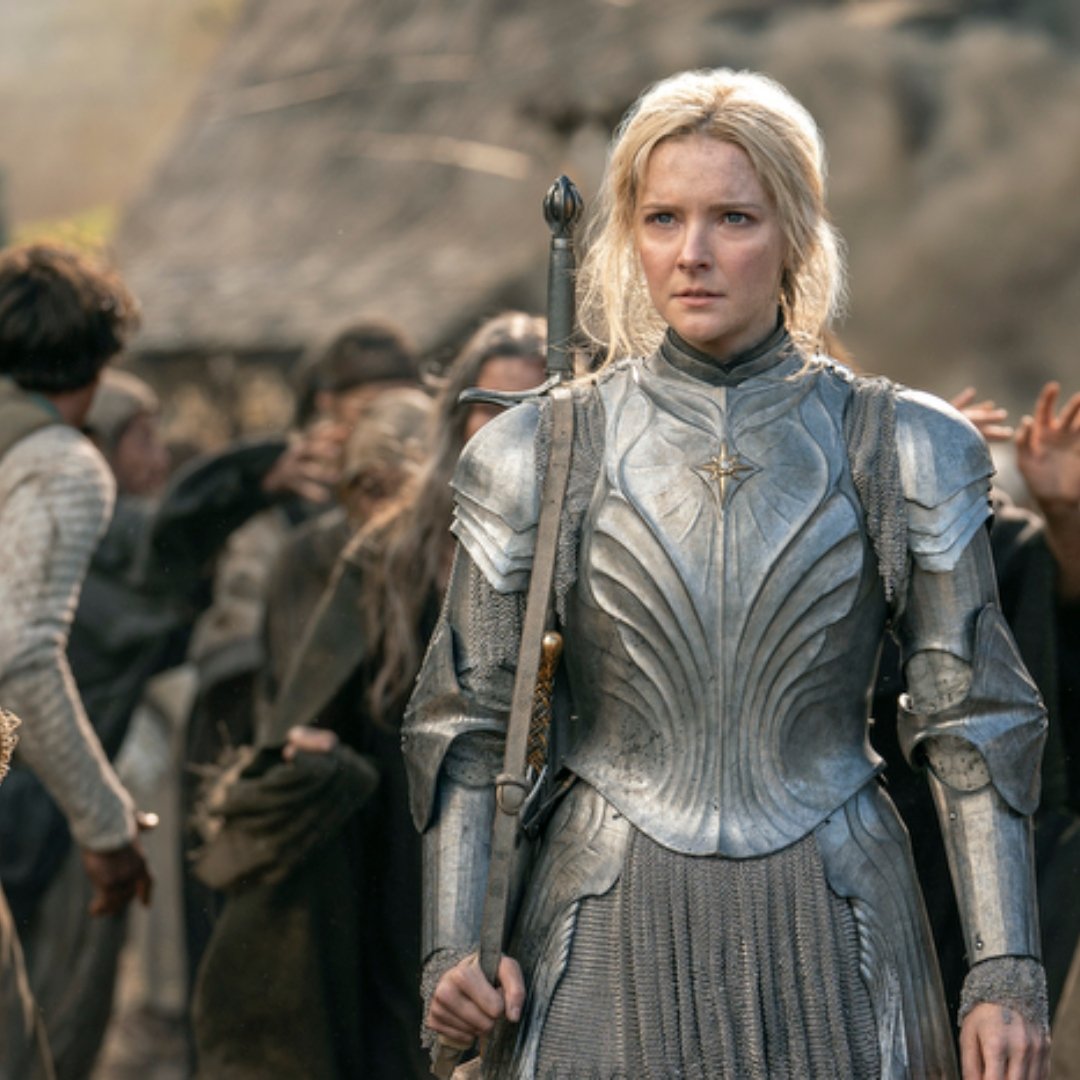 An interesting addition to the story is the young and adventurous Harfoot, Elanor “Nori” Brandyfoot (Markella Kavenagh). Her accomplice is the effervescent Poppy Proudfellow (Megan Richards). They discover a wizard-like man “birthed” from a comet that strikes Middle-earth. Who is he exactly? The Gray Wizard? Gandalf? We’re not sure until the whole series enfolds.

Being a Tolkien fan, The Rings of Power offer much to ponder about the history of Middle-earth. The visuals are stunning like The Lord of the Rings, showing the astounding landscape of New Zealand. It is a classic good versus evil story that proves to be at once thrilling and reflective.

My issue with the series is where it deviates from Tolkien’s fantasy creation. All the warriors and heroes are women—Galadriel slays dragons, Nori braves the encounter with comet-man, and Bronwyn fights off an orc. Not that having women as heroes is a bad thing. The men all seem like wimps—they run away from danger or ignore it. The heroism seems lopsided. The one exception is the shipwreck survivor Halbrand (Charlie Vickers) who saves Galadriel from drowning, but then she revives and pulls him up onto the raft. Can’t we let a guy be a hero? Tolkien would not tell his story this way. I understand that the series creators want to include women who have been somewhat neglected in heroic stories. Yet, going the other direction where only women are warrior-heroes seems off balance. That’s a modern-day interjection into an early 20th-century author’s fantasy creation.

In any case, The Rings of Power astounds with its beauty and Christian worldview. Tolkien created his characters out of his own strong moral sense of right and wrong. His religious symbolism expresses grace at work in the concrete and material realities. The series embodies Tolkien’s vision of light overcoming darkness and grace present in the world. And that makes it all the more worth watching! 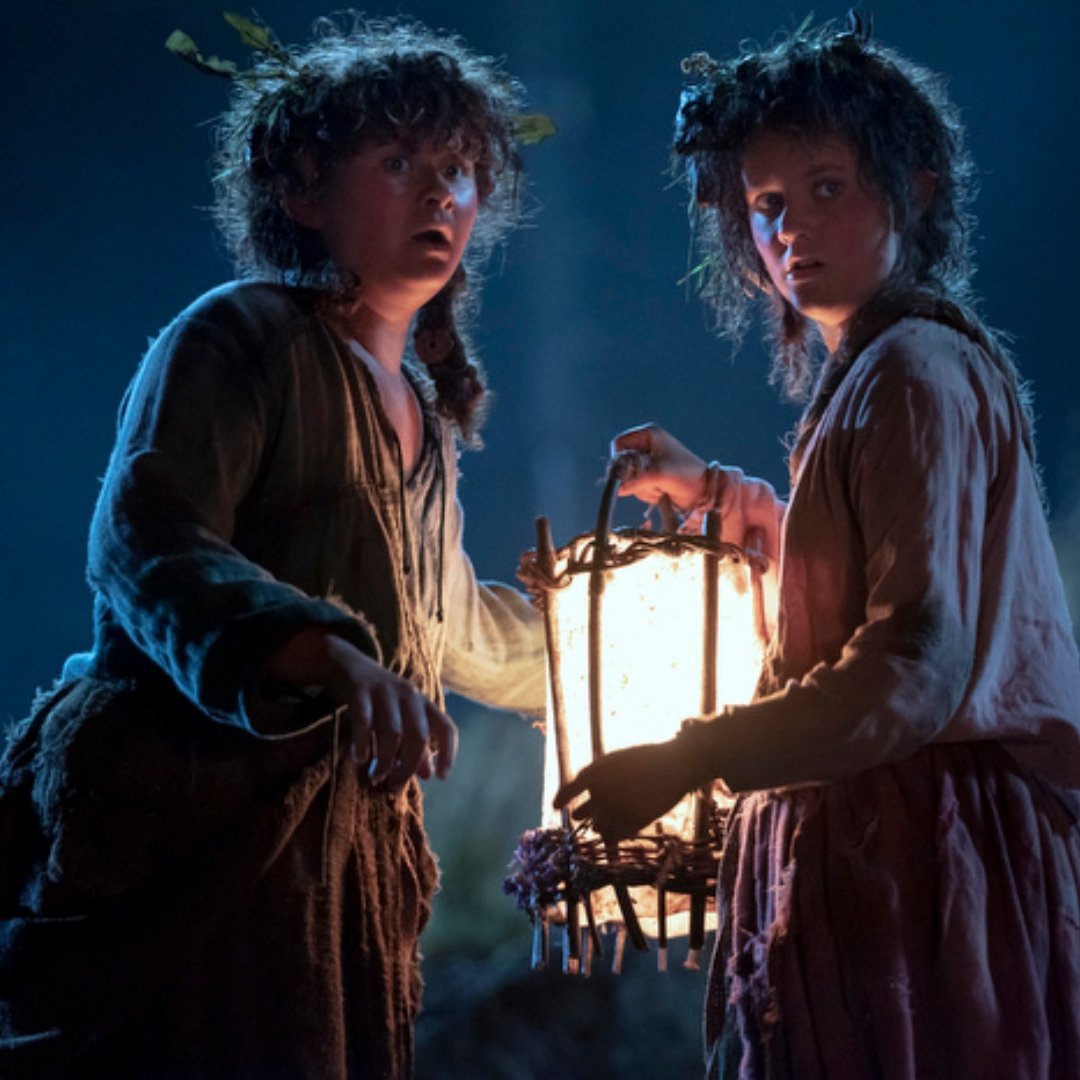