The Virgin and God’s Shadow 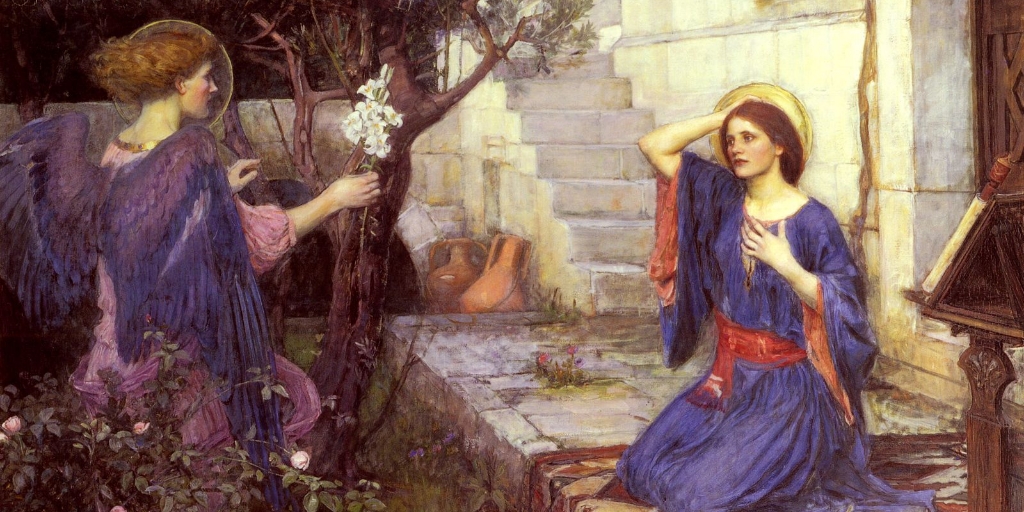 Margaret Realy, Obl. OSB, contemplates the fear Mary must have felt at the time of the Annunciation - and her choice to let go of that fear.

The angel appeared and said “Do not be afraid …”

Some heavenly being popped up in front of me, I’d need calming down too!

These words were spoken to Zechariah in Luke 1:13; and a few months later to Mary, Luke 1:30. Let’s never mind about St. John the Baptist’s father. Consider only Mary for a moment.

Mary was well educated in the foundations of her religion. There is no doubt that she observed the traditions of daily prayers. One day while offering these prayers, a being, like no other, enters her private chambers.

Now, you and I have been taught that this was a glorious moment, an angelic event of great joy — and presumed peace-filled. Well, maybe later since the line in Luke 1:29 indicates otherwise — “for she was greatly troubled” — and the angel Gabriel had to settle her down before he could deliver the next shock to this little human girl!

I don’t imagine Gabriel to be a tiny Tinkerbelle kind of being. Even an entity Disney-small entering into my oratory would cause me to jump back a bit. A being as prominent as Gabriel would fill the whole room suddenly and completely. Is it any wonder Mary was greatly troubled and filled with fear?

Still, trying to recover from being startled — her heart racing and adrenaline flowing — the message is spoken that she will conceive in her womb a child, God’s own son. 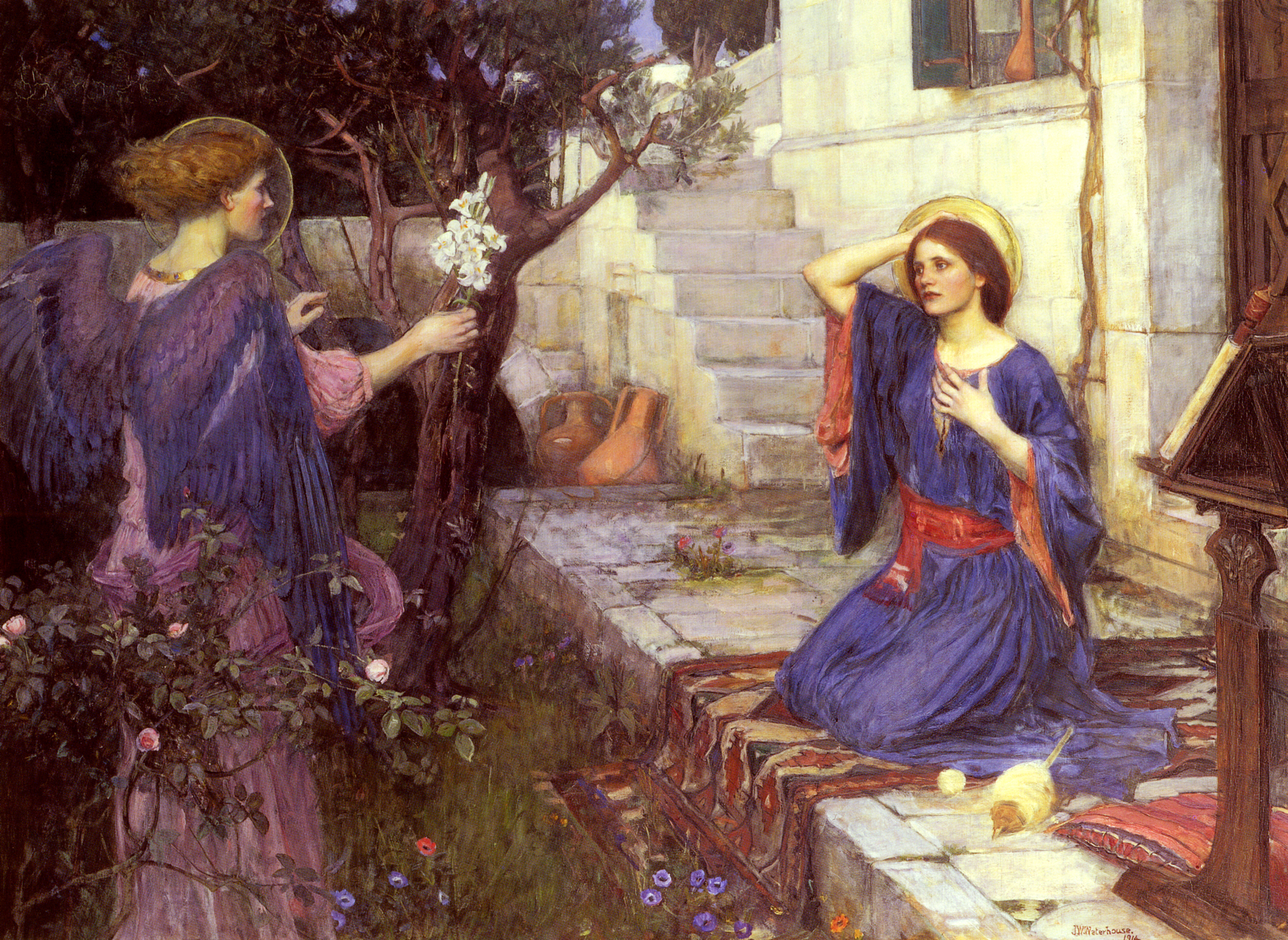 The God she knew was unimaginably, and quite terrifyingly, powerful. He was a God that comes in storms, fires, and floods. If He comes to her, what of her fragile humanness, of her delicate womb?

The Virgin Mary may also have considered God’s gentle ways, for He created the rosemary plant with its scent that filled a home. He gave to them sweet honey wondrously made by tiny bees.

We are not told what she thought, other than she was initially startled and afraid.

She had but one question for this messenger from heaven … How? Still some fear. If God took on a body, it would surely be greater than a mortal’s. Would he come to her through the body of her Joseph? If not through her betrothed, than what of the scandal?

Gabriel assures her that in the most unobtrusive element on the earth, a mist of a shadow, God would envelop her.

We are not told if she had time to pray, to brace herself, to ask for mercy.

Here her faith stilled her heart. The answer was not a helpless resignation from this very young woman, she had a choice. She chose to let go of her fear. She chose to surrender her body to an unimaginable event — full union with God.

CLICK TO TWEET
The Virgin Mary’s moment of fear turned into trust and the world’s salvation began. #catholicmom

Gabriel received a willing yes, and then departed, and Mary was left in wonderment.

And the privacy of the conception of a child remains — as it should — between the parents.

The Virgin Mary’s moment of fear turned into trust and the world’s salvation began. Ten months later, the world in wonder rejoiced, and angels may have fainted with overwhelming joy.