What I Learned When I Sprained My Ankle 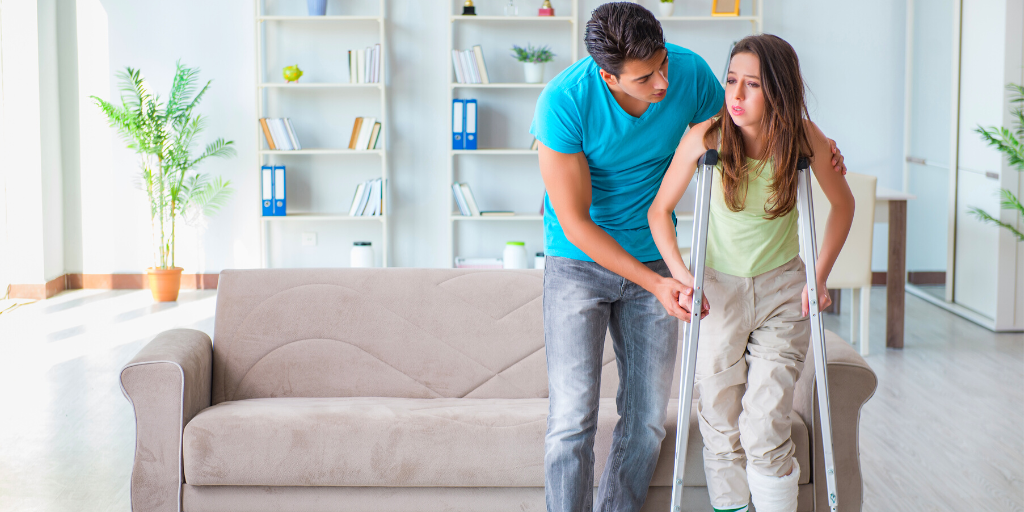 A sprained ankle taught Janelle Peregoy to open herself up to vulnerability in relationships and in her faith.

Emerging from my air-conditioned office building on a Friday afternoon, I practically skipped outside the door. The sun was shining, the birds were chirping, and the sky was a shade of the most brilliant blue. The moment had a cinematic rom-com feeling to it.

That is, until I fell off the curb.

I landed HARD with my entire body weight on my right ankle. A couple of Good Samaritans saw me and rushed over to help me to the feet. I could put a little weight on the ankle and with their assistance, I hobbled the half-block to my car.

“Is there someone we should call for you? You probably shouldn’t drive.”

I brushed them off cheerfully with a joke about watching my step. They exchanged an unconvinced look with each other. I waved at them as I pulled out of my parking spot.

All was well until about two blocks later when I started seeing spots. Fortunately, I was able to safely pull my car into a parking lot and called Richard, my then-boyfriend (now husband).

When he arrived, I had elevated my foot in the backseat and was using my chilled water bottle as a makeshift ice pack. The advice nurse from my health insurance had just confirmed my fears. It sounded like a bad sprain, and the only remedy was to remain off my feet as much as possible.

For the rest of the weekend, Richard doted on me despite my frequent protestations.

That first evening as I struggled to get off the couch to use the restroom, he leaned down to assist me and I swatted him away.

“I have been going to the bathroom for thirty years on my own. I am not going to need help today.”

He made of gesture of surrender and let me hobble past. When I inevitably stumbled a few steps later, he was close enough to catch me. 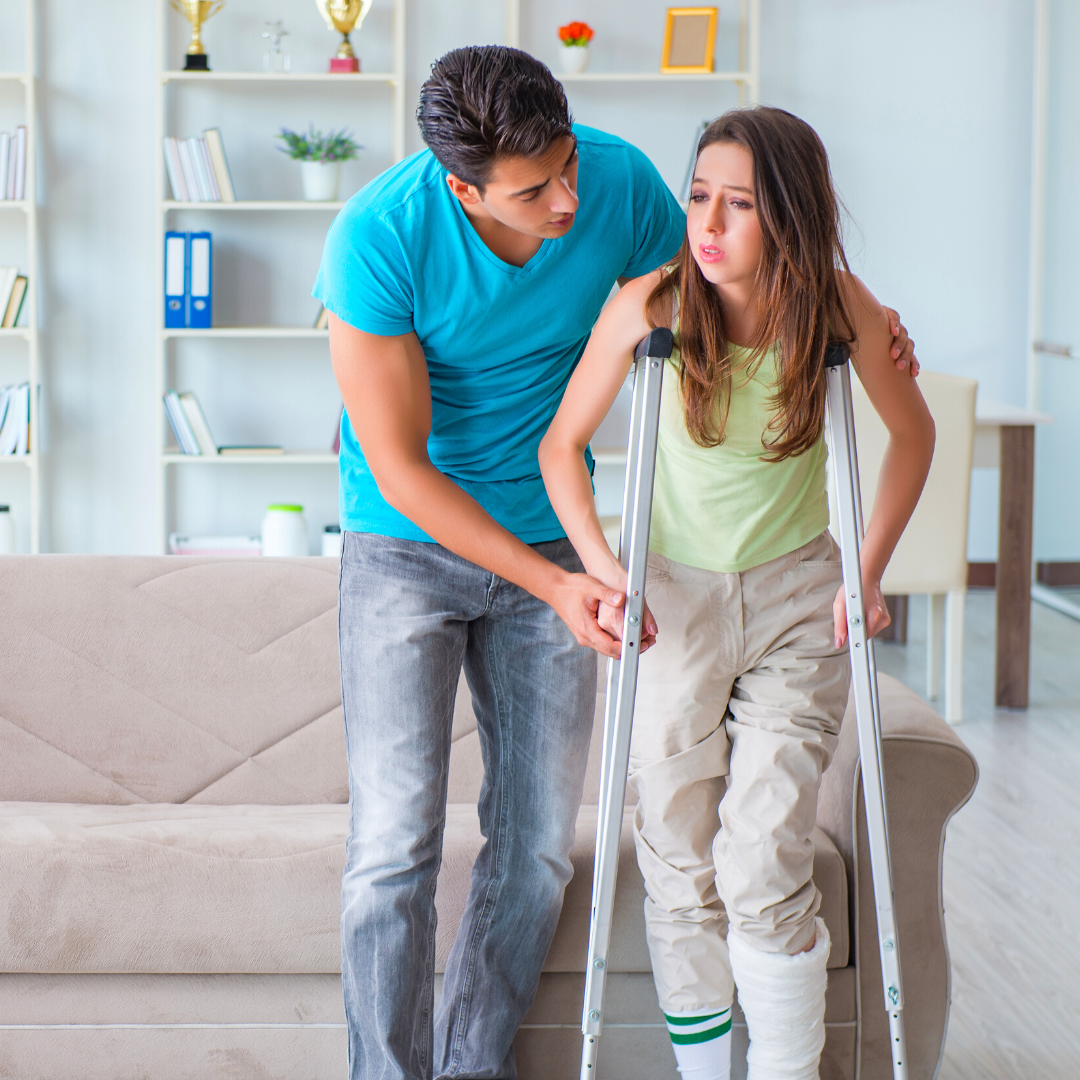 That weekend Richard made all my meals, helped me use the bathroom and literally met my every need. I loathed it. When my mom called from thousands of miles way to exclaim how grateful she was that Richard was taking care of me, I scrunched my face into a grimace.

Slowly, I settled into allowing myself to be cared for. As much as I disliked the new circumstances, I focused on gratitude and started offering Richard a terse yet sincere thank-you for every kind gesture. All along, he watched me with thinly veiled amusement as he knew how much this this loss of independence hurt my ego.

A few weeks later when my ankle had recovered, we were out at a restaurant and I watched a teenager hobble by with crutches.

Richard looked at me for a long moment before gently placing his hand on my arm. “You know, I really enjoyed the time that I was taking care of you.”

I raised my eyebrows.

“You’re so independent, Janelle. It felt good that you allowed yourself to be just a little vulnerable in front of me.”

My insides hollowed out and I could feel my body soften as I leaned into him for a hug.

Click to tweet:
Sometimes, we can only fully know someone when we allow ourselves to be vulnerable to them. It requires trust. It requires faith. #catholicmom

That sprained ankle was a valuable lesson, in dating and in life. Sometimes, we can only fully know someone when we allow ourselves to be vulnerable to them. It requires trust. It requires faith.

I continue to learn and grow. The sprained ankle didn’t magically turn me into a different person. I still have a lot of self-protective tendencies. I still have to be intentional about showing my fullest, most authentic self to my husband.

In the years since, I have considered the spiritual implications of similar questions. What parts of myself do I hide from God? What does it mean to be authentic and vulnerable in front of the God who created me?

I certainly do not have all the answers, but I now understand that vulnerability is the building block of intimacy. Both in my relationship with God and in my marriage, intimacy is the purpose and goal.

When my Toddler Wiggled at Mass, I Needed to Change
Read
What I Stopped Asking Myself at Mass (and what I’m asking instead)
Read
Natural Family Planning: A Healing Sacrifice
Read