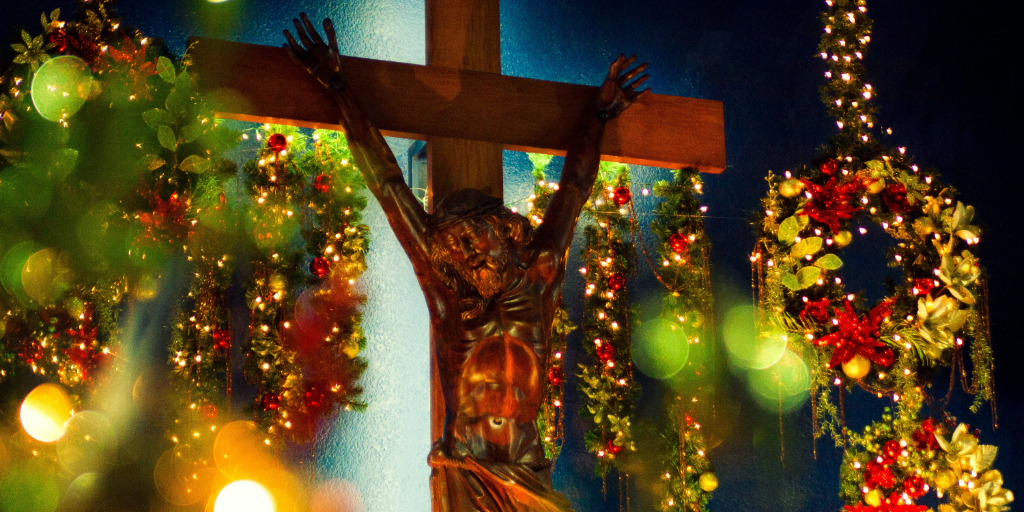 Nathan Ahearne shares a lesson about Christ that children can understand, and adults need to ponder.

“Where is Jesus?” is a fabulous question I’ve asked many times as a starting point to my lesson. The students take time to locate the crucifix and spend a few moments inspecting the symbolism and theology of the cross and the body of Christ. They love the visual learning and are often surprisingly deep with their observations. I have also enjoyed whispering the same question to my own children, as they go into the Church and discover the crucifix, the tabernacle and the host at consecration. Whilst it took some time and religious imagination for my children to understand how Jesus resides in the Eucharist and in our hearts at the same time, it is such a joy to watch them ponder these mysteries of the faith.

A few weeks ago, I was thrown into a Year 4 classroom to help cover a lesson about Christ the King. Without any preparation, I started by asking the boys to point out where Jesus was and they said, “There, in the nativity scene.”

I then went and picked up one of the wise men (with a crown) and said, “Ah, here he is the king.”

The boys booed and told me I was wrong. “The baby!” they screamed.

I pretended to be shocked that a helpless baby could be king and we moved onto the crucifix. I asked the boys if they knew what the message above Christ said.

I replied, “But what sort of king is that: in agony, naked, sacrificed?” I went onto explain that in Baptism we are anointed like Jesus, as Priest, Prophet and King (their little chests puffed out a little with the glory of kingship) and then I asked, “But who would like to end up like Jesus on the cross?” Things got very interesting as the boys grappled with that idea.

Then one student put his hand up and said, “But that’s not the end of the story. What about the resurrection?” Bingo!

The treasure Jesus wants to share with us is the gift of faith, and it is through His extreme sacrifice and vulnerability that we are able to enter into relationship with God. #catholicmom

My school recently installed the "Homeless Jesus" sculpture by Canadian artist Timothy Schmalz, depicting Jesus as a person sleeping on a park bench, with the recognisable wounds of Christ in His feet. It is as poignant reminder that Jesus is found in the stranger, the lost, the least and the lonely. Our children learn from an early age that the dignity of every human being is undeniable, that true greatness is about washing the feet of poor and that when “I am weak, then I am strong”( 2 Corinthians 12:10). St Paul continues with his explanation to the community at Corinth, “Jesus was rich, yet for your sake he became poor, so that you through his poverty might become rich.” The treasure Jesus wants to share with us is the gift of faith, and it is through His extreme sacrifice and vulnerability that we are able to enter into relationship with God. 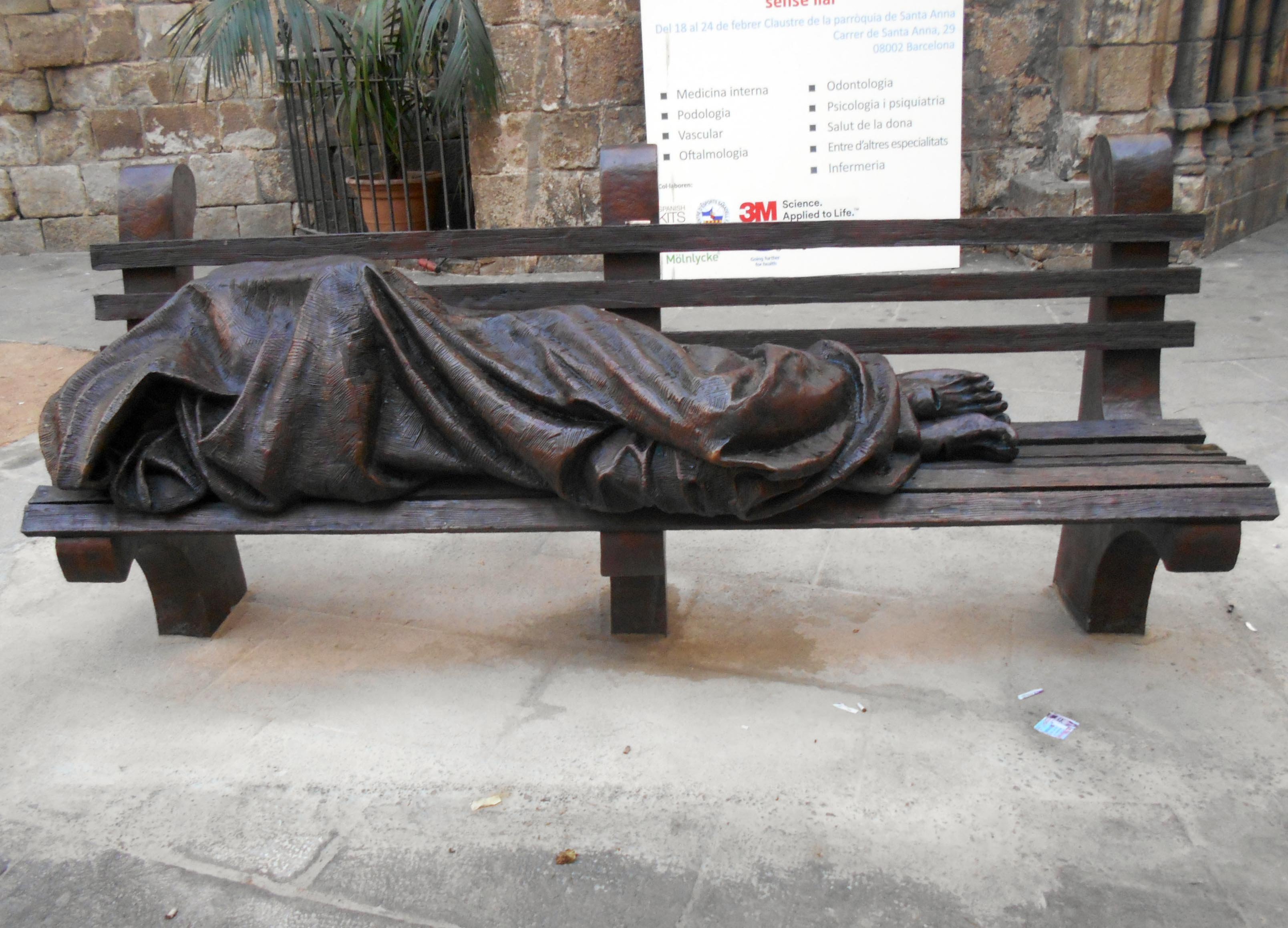 I was recently asked where Jesus resides in the retreat programs and spirituality courses that our Marist formation team facilitate. It was a valid reminder to ensure that our Catholic formation must remain focussed on Christ as we explore the life of St Marcellin Champagnat, Marian spirituality and Marist Charism. Brother Michael Green addressed this question, explaining that we participate in ministry “with Mary – rather than for Mary or in honour of Mary”. He continued, “if a spirituality does not lead to Jesus, and does not bring its adherents into closer communion with the life and mission of the Church, then it is not an authentically Christian spiritual tradition”. At Saint Peter’s Square in 2013, Pope Francis proclaimed, “Jesus is the sun, and Mary is the dawn that announces His rising”. We should follow Mary’s example and not diffuse the light of Christ with our own bushel.

Whilst society claims the holiday season as time for friends, food and family, Christians understand that we also celebrate faith in a God who became the most vulnerable; truly divine and truly human. And as we squeeze our extended family around tables laden with Christmas banquets and exchange carefully chosen gifts, perhaps we can find a quiet moment like Mary in the chaos of the stable, who “treasured up all these things and pondered them in her heart” (Luke 2:19). Like the shepherds and wise men, let us continue to seek Christ and make sure that He doesn’t get lost in the wrapping paper.

Where is Jesus in your home, your family, and your heart?

When was the last time you shared the presence of Christ with others? 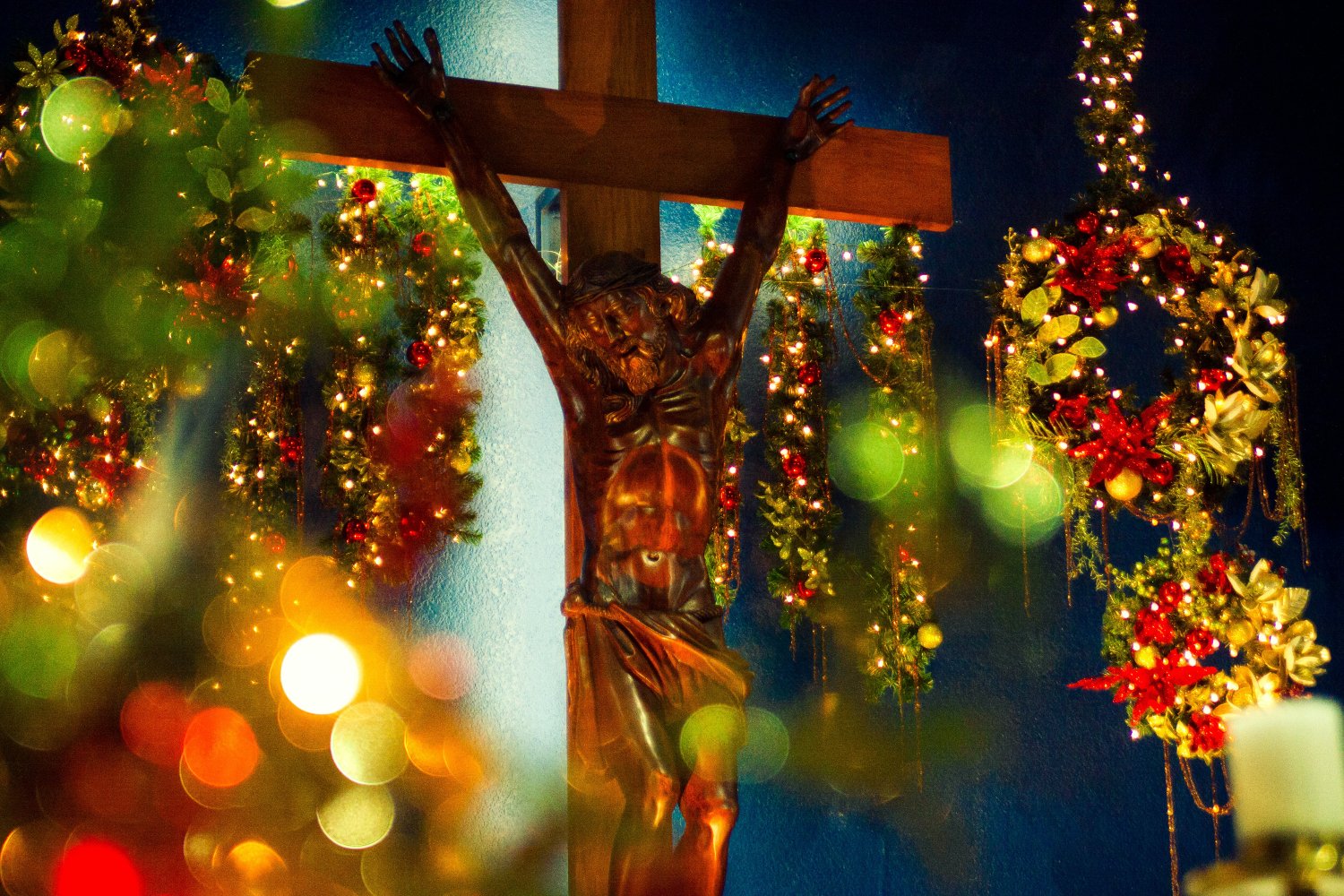