Who Am I Denying? 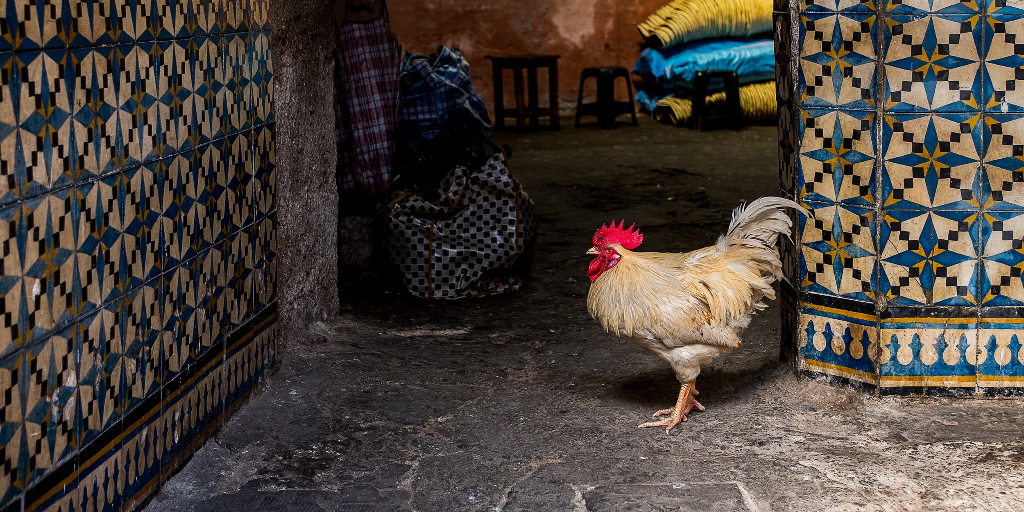 A Holy Week mission immersion experience in Guatemala taught Janelle Peregoy important lessons about becoming a voice for the voiceless.

During one impactful Holy Week, I had the opportunity to participate in a mission immersion to San Lucas Tolimán, a small community in Guatemala. After arriving in Guatemala City, we took a bus into the highlands. As the elevation rose, so did the predominance of bright, colorful clothing. The people of San Lucas Tolimán are indigenous Maya.

My days in San Lucas were spent sharing in the activities of one particular family. Like most men from the region, the father works in the coffee industry. Specifically, he works in the town’s roastery which is situated in a large fire-heated room. The effects of the intense heat are similar to a sauna and I often had to leave the roasting room after 15-20 minutes. The men who work there are work in that environment anywhere from 8-10 hours a day.

The mother in the family is a weaver and her colorful textiles grace the tables of many of the homes in San Lucas. She taught me the basics of weaving on a hand loom. When my stitches failed to improve after a few days of her patient instruction, she decided that I would be most helpful by entertaining her small children throughout the day.

Often, the children and I were sent to assist their grandfather in his garden, where he works as a traditional herbalist. Unfortunately, my Spanish vocabulary does not extend the names of common herbs so I often found myself grinding unknown plants with a mortar and pestle. The grandfather would combine herbs to brew teas for his patients. I asked one young woman, who had come for a remedy to relieve her painful menstrual cramps, if she ever got medicine from the pharmacy in the village. Yes, but she preferred coming to the herbal garden where most of the remedies were as effective as Western-style medicine but were also more cost effective for her family.

On one such afternoon in the garden, the grandfather showed me a wild herb that grew locally throughout the region. He sent me out into the surrounding trees to gather some more. Inevitably., I got lost and wandered into another local village. However, I was pretty shocked when it became painfully apparent that this other local village had so much more visible poverty. The whole region’s economy is based in coffee production. Why would this other village be so much more impoverished than San Lucas?

It took several days of asking around, in my broken Spanish, before a narrative started to emerge. A few years before, some buyers for Starbucks had come into the region – knowing how ideal the shade-growth trees were for coffee-farming. Many of the local villages were thrilled to sell to Starbucks for the sake of consistency. When Starbucks approached San Lucas, the growers felt confident in dismissing the corporation’s offer. They were already making an above-average profits selling directly-traded coffee under the name Café Juana Ana, which was the visionary model founded in 1992 by a Catholic priest named, Fr. Greg Schaffer.

Ordained in the Diocese of New Ulm, Minnesota, Fr. Greg thought that his missionary work would only take him to Guatemala for a couple of years. Instead, he found his vocational call to serve the people of San Lucas for decades. Profits from Café Juana Ana have been poured back into the community, especially in areas pertaining to healthcare, education, construction and to provide for a women’s center. When Fr. Greg passed away in 2012, it was estimated that 30,000 people welcomed his body back to San Lucas. For more about the community of San Lucas Tolimán and Fr. Greg’s legacy, please visit The Friends of San Lucas website.

One of the things that first struck me about visiting Guatemala is that one sees roosters everywhere. Famosa Gallo (Famous Rooster) is the country’s unofficial national beer. Accordingly, its black rooster branding is widely recognizable. In San Lucas, roosters and chickens freely roam the streets. I think my mind was well primed to rooster-readiness when I heard the familiar passage from the Gospel of Matthew.

Hearing those words during Holy Week, while being present within this vibrant, faith-filled community, caused my whole body to stiffen as if I had been physically struck.

Who am I denying?

We can take a moral stance in our lives by making daily decisions that acknowledge our world’s complexities. #catholicmom

Most of us tend to think about sin on an interpersonal level. How and when were we wrong to someone else? Yet the reality of our globalized economy is that the seemingly simple choices, such as where to buy one’s morning cup of coffee, may have drastic consequences for families we may never meet, in places we may never visit. Pope Francis often laments about the throwaway culture of modern consumerism. Disparities in global wealth and resource allocation allow affluent countries and corporations to consume resources in a way that is often damaging the livelihoods of local communities and contributes to the deepening climate crisis that affects all of us.

It is easy to feel overwhelmed by the heaviness of such realities, especially when we feel that they are out of our personal control. Yet, we as Christians are offered an invitation during Holy Week and throughout the Easter season. 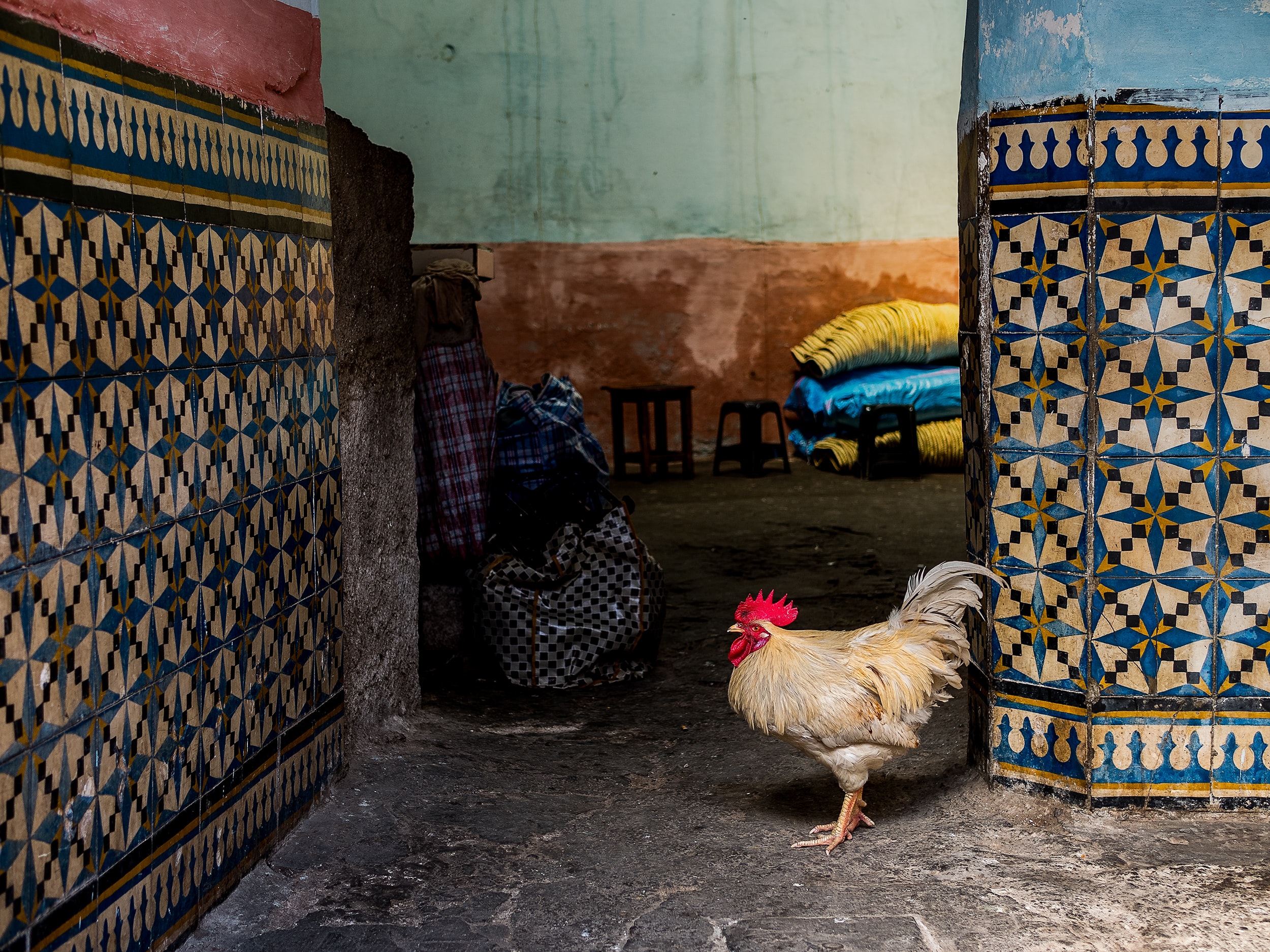 The very essence of Christ’s Resurrection is of hope. We Christians know that all is possible with God. We can take a moral stance in our lives by making daily decisions that acknowledge our world’s complexities. This first step is by educating ourselves; Pope Francis’ encyclicals Fratelli Tutti and Laudato Si' respectively address these global inequities and the existential threat of climate change. Pope Francis has a wonderful way of taking complex subjects and synthesizing them down to their spiritual and moral levels.

Additionally, we can look more critically at our own patterns of consumption. Something as simple as purchasing fair-trade coffee, in which one pays a few dimes more per pound but those profit go directly to the original growers and their communities. We also need to be critical of fast fashion and any industry whose waste far exceeds its relative value. We need to be prophetic, and advocate for political policies that respect the dignity of all workers and their families.

We are called to be voice for the voiceless.

This Holy Week, when I again reflect on the crow of a rooster, I will inevitably think about the people that I met in San Lucas. I pray that I will honor the friendship and hospitality they showed me by living my life consciously aware of how my personal choices and the policies of my nation and private corporations affect their quality of life.

Christ came to save all of us. Ultimately, I hope that this Easter season allows us to embrace the interconnectedness between all peoples.

Book Review: How to Defend the Faith without Raising Your Voice
Read
Ooberfuse Give a Voice to Pakistan's Voiceless Minorities
Read
Hearing His Voice by Nancy Carabio Belanger
Read