Nathan Ahearne wonders about our idea of the dignity of work, and the impact of continually seeking out greater challenges.

As I approached the young man at the pharmacy, I recognised him as a former student and casually asked him what he was up to. After a slight hesitation, he responded with “well, this, I guess” as he pointed to the shop and quickly went onto explain that he was still trying to make his way into the fire brigade. This encounter brought to mind a recruitment company advertisement titled ‘Why Settle?’ which aims to encourage people to pursue their dream job.

The montage offers the perspective of family and friends who explain that their loved one is employed in a job they’d always done and that they had settled for less than their full potential. It was a heartfelt message that showed genuine belief in the person, that they could be more. “I think he got stuck along the way … It’s earning an income … It’s what he knows … He’s probably rolling at 20%, we need to get Ned at 90-95% … I want him to believe that he can get what he wants out life … It’s important to get satisfaction out of your job instead of work your whole life and not enjoy it.” (Why Settle, Seek 2017)

But what if ‘more’ wasn’t what they needed? Is the desire to continually shed our skins in search of greater challenges such a great thing? What is the impact of this self-pursuit on those around us, family, friends, community and the unemployed and disheartened?

Later that afternoon I saw three former students; one was conscientiously stacking shelves in the grocery store, another told me that he studying and living at home while he pays off his brand new Harley, and the third was recently accepted into the Defence Force. As I left the shops I was greeted by the melodic sounds of the regular afternoon busker and an employee of The Big Issue who both appeared to be enjoying their work. The next day I spoke with a Year 11 student who was unsure of what he wants to do after school and lacking motivation and direction to finish his senior studies to a high level. Each of these encounters led me to consider the value of work and the dignity that exists in finding purposeful employment.

The Australian Catholic Social Justice Statement (EVERYONE’S BUSINESS DEVELOPING AN INCLUSIVE AND SUSTAINABLE ECONOMY) explores the theme of Jesus’ parable of the workers in the vineyard, recorded in the Gospel of Matthew. In this passage, all find a place in a fruitful world and are rewarded according to their intrinsic dignity. On the anniversary of Rerum Novarum (1891), Saint John Paul II discussed the purpose of work in his encyclical LABOREM EXERCENS. He wrote:

Through work man must earn his daily bread and contribute to the continual advance of science and technology and, above all, to elevating unceasingly the cultural and moral level of the society within which he lives in community with those who belong to the same family. And work means any activity by man, whether manual or intellectual, whatever its nature or circumstances; it means any human activity that can and must be recognized as work, in the midst of all the many activities of which man is capable and to which he is predisposed by his very nature, by virtue of humanity itself. Work is one of the characteristics that distinguish man from the rest of creatures, whose activity for sustaining their lives cannot be called work. Only man is capable of work, and only man works, at the same time by work occupying his existence on earth. Thus work bears a particular mark of man and of humanity, the mark of a person operating within a community of persons. And this mark decides its interior characteristics; in a sense it constitutes its very nature.

Children also bear the mark of their parents, in the way they are prepared for life, love, and work. Involvement in chores around the home challenges children to roll up their sleeves, get the little things right and discover there are no jobs that are below them. Parents have the dual responsibility to encourage their children to consider careers and vocations. Whilst selection of the best education package, extra tutoring and work experience are important, how much time and energy is spent in teaching our children to listen to the call of God in their lives, in comparison to preparation for standardised testing to enter Tertiary Studies? Some would argue that this discernment is up to the individual to consider privately and make their decisions without any formally guidance.

This method may work for some young people, but many float through life and never fully consider what their purpose should be. They strive purely for job satisfaction or some other fleeting pursuit and blindly seek happiness in the superficial and superfluous. An examination of Saint Augustine’s life reveals the restlessness of his heart, until it came into contact with God and found contentment, meaning and purpose. The efforts on his mother, St Monica (whilst initially ignored) were foundational to who St Augustine became when he decided to seek truth, beauty and goodness (CCC #33). It is necessary for parents and educators to prepare young people to search for God which demands “every effort of intellect, a sound will, an upright heart, as well as the witness of others who teach man to seek God” (CCC #30).

CLICK TO TWEET
Many will go a lifetime without discovering the dignity of work, content with what they are doing, perhaps finding meaning in other ways. #catholicmom

Many will go a lifetime without discovering the dignity of work as outlined in this article, content with what they are doing, perhaps finding meaning in other ways. Yet, the Greek word eudemonia, translated as ‘human flourishing’ hints at the possibility of vocation and career flowing in the same direction, the intersection of God’s will and our own.

Should we settle for less than that? 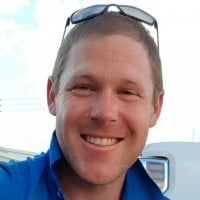