When I received the review copy of author Sarah Dunant's latest book, Sacred Hearts: A Novel

, I found myself instantly captivated.  Set in an Italian convent in the 16th century, the book is suspenseful, full of amazing characters, and a fascinating look into the cloistered life.  While author Sarah Dunant no longer practices the Catholic faith of her youth, it is clear that she did a tremendous amount of research for this book - she is always respectful of Catholic traditions and the faith of the main characters is a focal point of the book. I would issue the caveat that one character in the book questions her vocation owing to the circumstances of her entry into the convent -- against her will -- and her love relationship.  There are no objectionable themes in the book, but this character's ultimate choice is central to the book's plotline.  This is not a faith oriented book, but rather an intense novel which takes place in a traditional Catholic setting.

I am pleased to share my conversation with Ms. Dunant and to highly recommend Sacred Hearts: A Novel

to those seeking an interesting fiction read with roots in Catholic history and theology. 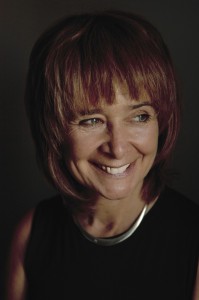 Please briefly introduce yourself and your family to our readers.

I am a 58 year old woman, a novelist and one time radio presenter for the BBC with two children, both girls, now 18 and 21.  We live in London, but have a small apartment in Florence where I go when I am researching or writing. Though recently my daughters have found it is the perfect place to go without me and with their friends! I always wanted them to grow to learn Italian and love the city so I suppose I should have realized that would do that more powerfully without me! Letting go is maybe one of the hardest bits of being a mother ….

What provided the inspiration for you to write Sacred Hearts: A Novel

I had become very interested in Renaissance history as a result of researching and writing my novel, The Birth of Venus about young girl painter growing up in Florence in 15th century. That book took me briefly into a convent and it was then I learned that over the next century, as dowry inflation grew, and families were not able to marry all their daughters, an ever increasing number of young women were PUT into convents to be married to Christ. Historians estimate that almost half of all well born women ended up as nuns. An extraordinary statistic!   Of course not all of them entered the cloisters with a vocation.  The more I learned about this,  the more I knew that there was a wonderful novel waiting to be written about both the convents and the women - old and young - inside them.

Can you share a bit of insight on your own faith background and how the writing of this book impacted upon you spiritually?

I was born and raised a Catholic in London and though I stopped practicing as a young adult, I became very interested in both history and art, in which the Catholic Church played such a huge role.  Five hundred years ago, of course Catholicism was not simply a religion, but a whole cultural and political edifice. The role of women in society was profoundly different and as I started to research Sacred Hearts I became fascinated by how some women, sometimes of noble birth but sometimes quite humble, set out to find a way to God through ecstasy and vision.   I studied a number of their experiences and was enthralled by their power and commitment and how in their own way they transcended the deep social constraints of the time to become notable, often admired and influential figures. Of course not all of them found it easy. Some women in convents were deeply unhappy, while others managed to find a way to God through other means, such as music or healing or writing.  Sacred Hearts: A Novel

, is about all of them and I have attempted to describe and explore their journeys honestly and give them as much power as my writer's pen can muster.

The book, along with being tremendously captivating, is also almost encyclopedic in detail.  What type of research went into learning about the lives of 16th century cloistered nuns?  What were some of the most interesting details you learned in the research process?

While I think I always expected to find a contrast between those women who pursued spirituality and those women who genuinely fought against being enclosed against their will, I don’t think I had any idea what creatively and dramatically rich places convent were.  How many young women and children there were inside (novices entered at the age of menstruation at 13 or 14) or how, before the Counter Reformation, how relatively open some of these places could be: how their families were constant visitors, how there were concerts and even plays performed (often written by the nuns themselves) and most of all how deeply important music was. Convents were often famed for their choirs and choir mistresses were arranging and singing some of the greatest spiritual music ever composed by composers such as Palestrina and Rore. There were even women nun composers. My research brought me into contact with an early music group in Britain which as a result of our collaboration went on to record all of the music which is featured in the book. For those who love the work of Hildergarde  of Bingham, please give a listen to "Sacred Hearts Secret  Music" (You can hear examples of it along with the story of nuns music online either at my web site, SarahDunant.com or the group's website, MusicSecreta.com.)  The sound of these women’s voices, recorded in a 16th century English church (I was there when they did it and it sent chills down my spine) in the very same arrangements that those  16th century nuns would have used is an eerie and wonderful experience.

I'm curious to know if you have had any response or feedback from religious sisters who might have read the book and what they thought of it?

Oh yes, interestingly, I have had responses from a number of former nuns in America and Australia. They all say how fascinating it is to look back 500 years. And how, though many things have changed, some of the atmosphere and emotional dynamic within the convents they lived in were in many ways recognizable. Also I have a friend who is becoming a nun in an American convent as I write this. I have sent her a finished copy of the book (she was very helpful talking to me about it during my research).  I haven’t yet heard from her but I daresay she has her mind on other things as she is just preparing to take her vows!

Please share about your writing process and what it takes mentally and emotionally to so fully immerse yourself in a story like this.  Is there any pain in having to "let go" of the characters at the end of the creative process?

This novel was the hardest I have ever written. At first I found it almost painful to enter the inner life of the characters because so many of them had been given no choice as to the lives they must lead. But of course a good historical novelist must leave behind her 21st century sensibility and try to enter the minds of her characters as they would have lived then. And once I did that they - all of them - become intensely alive for me, from the howling young novice who comes in determined not to stay, through the devout and spiritually novice mistress to the smart and politically  adept abbess.

Now I am on the road talking about the novel and the characters are no longer quite so intensely my own. They are now out there in the world finding a relationship with others. At one level I am delighted and at another a little sad because I had become very close to the incarcerated, as we all were together through all manner of dramas. But for there to be another book, you must let go of the one you have written, or at least let it find its own level. I am not quite ready to do that yet, but in time I hope I will be.

Without giving any "spoilers", what future do you imagine for Serafina and for Zuana?

I never know what happens after I write the words The End. Yet people always ask me. I suppose I should take it as a compliment because it shows how involved they have become with the characters I have created. The real answer is that their future is for you the reader to imagine. They are your characters too - you now know a great deal about them, in some ways as much as I do and can imagine their future as well as I can (and certainly you have as much right to that imagining).

What I would say is that by the end of the novel both of them have been profoundly changed by their experiences and will have been made humbler by the process. In my own life it is the hard times as much as the good ones that have shaped me. I would like to hope it is the same for them.

Thank you for writing such a compelling story!  Are there any additional thoughts or comments you would like to share with our readers?

No - but I would love to hear from you all. As I say the book now "belongs" to anyone who reads it, and your thoughts would be fascinating for me. You can find me through my website (www.SarahDunant.com) and I try as far as possible to reply to specific thoughts and questions.