Teens in need of character by Marybeth Hicks 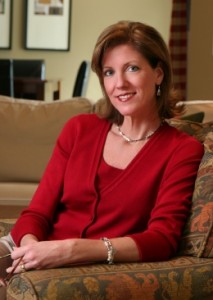 It's been two weeks since Josie Lou Ratley, 15, was brutally beaten at a school bus stop outside the Deerfield Beach Middle School in Deerfield Beach, Fla.

The texts prompted Treacy to announce to friends that he planned to kill the girl, and by all accounts that's what he intended when he pounded her head on the concrete sidewalk several times, and then kicked her repeatedly with his steel-toed boot.

The two teens didn't actually know one another. In fact, Treacy almost attacked the wrong girl until his girlfriend directed him to Miss Ratley.

According to reports, Miss Ratley had allowed the boy's 13-year-old girlfriend — a schoolmate — to communicate with Treacy by using her cell phone for text messages.

One report indicates Miss Ratley found the nature of the relationship between Treacy and her friend inappropriate and said so in texts to Treacy, which escalated into the insensitive and unkind message she apparently sent regarding the boy's late brother.

Treacy has been charged with attempted first-degree murder. He's being held in a juvenile detention center while authorities decide whether to charge him as an adult. His girlfriend also has been charged as an accessory to attempted murder. (Her name has been withheld due to her age).

Meanwhile, as she waits at her daughter's bedside for an outcome that looks increasingly bleak, Miss Ratley's mother, Hilda, bravely urged the public not to let the event simply pass by, but to use it as a teachable moment.

A magnanimous sentiment, but just what should the lesson of this teachable moment be?

As you might expect, the incident set off an explosion of Internet comment on the proper use of texting for tweens and teens, cyberbullying, school-security issues, anger management for youngsters and, of course, the role of the U.S. Department of Education in curbing school-based violence.

I've read dozens of stories about how to instruct kids on the dangers of anonymous communication such as is allowed by cell phones, instant messages and social-networking sites. The point of these articles — presented neatly in bullet-pointed lists — is that there's a short and sweet formula to get kids to behave in a certain way.

You're almost convinced as you read them that there's a magic potion — a perfect combination of phraseology and timing — that will produce in our youth the maturity, knowledge, understanding and desire to use technology more responsibly and thoughtfully or to resolve their differences calmly and rationally.

Never mind that the girl got the stuffing beat out of her. Let's focus on how she might have sent more sensitive text messages, as if poor communication skills are the root cause of school-based violence.

Dr. Michele Borba, author of more than 20 parenting and education books including "Don't Give Me That Attitude," says, "Bad attitudes are far more deadly than mere behaviors because they are more entrenched and are kids' operating beliefs for life." America's youth aren't suffering a lack of awareness on how to act responsibly or thoughtfully toward others; they're suffering from bad attitudes — a lack of character and virtue to guide their behavior.

Or as my 12-year-old daughter put it when I told her about this story (using the teachable moment, as Mrs. Ratley urged), "What kinds of people DO that?"