From Near-Death to New Life by Christine Watkins 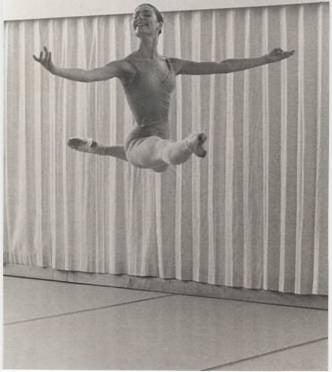 Sometimes people doubt that miracles still happen. People wonder if supernatural occurrences and transformations are relegated to the pages of the Bible. I can assure you that they are not, and that Jesus is just as active in peoples’ lives as He was over 2000 years ago. My life is proof of this.

I was raised in an anti-religious home, and I did not like Christians.  I was never going to be one—of that much, I was sure.  In my youth, I perfected the fine art of worrying and suffered from low self-esteem and mild depression.  I did find joy, though, in ballet and practiced it diligently for years with such commitment and passion that I ended up dancing professionally with the San Francisco Ballet Company.  At age seven, I had decided I was going to be a professional ballet dancer.  I was going to dance until approximately age forty.  Ballet was my destiny.  Nothing else even remotely satisfied me.

Not having been raised in a religion, I did not know there was a God; so, for me, ballet quickly became my personal god.  At the height of my dancing abilities and fully in love with my profession, I suffered from foot injuries and had three foot operations.  This ended my career and took way the only god I ever knew.  Devastated, I grew depressed, lost my identity and my hope.

In my sadness, I looked for comfort in intimate relationships and sank ever deeper into a mire of sin.  I felt temporarily filled with life when I was in a relationship, but when things failed—as they inevitably did—I was left with an even larger, empty, dark and lonely hole within me.  Always searching outside myself for something to make me happy, I never truly felt a sense of inner peace.  I did not think of changing my behavior, and, one fateful summer, I ended up with cervical cancer.  I had approximately six weeks to live.  My hair was falling out; I was bleeding internally and vomiting often.  With no energy, I often collapsed with fatigue.  Worst of all, I felt sick inside my soul.  At times, I called out in guttural despair.  At times, I could not stop crying once I started.

My tears were cathartic.  I was searching desperately through New Age spirituality for answers and wanted nothing to do with Jesus or Mary.  For years I had wanted nothing to do with them.  I remember seeing a picture of the Madonna and Child which made me so angry that I wanted it taken down.  I also remember reading a self-help book that I enjoyed except for its fleeting references to Jesus.  I knew that Jesus and Mary were fanciful figures for the hopeless and misguided.  For me, their names and images evoked ire.

But Jesus decided to save me, a sinner.  I will never know why he chose me, and I do not have words to express my gratitude.  I would not be alive were it not for divine grace, unmerited and unasked for.  When I was staying at a friend’s house one day in that summer of 1993, when I was twenty-seven, I lay down to rest in his room and felt the presence of God within and around me.  I then heard a loud "pop" sound inside of my body and knew that the cancer was gone.  My friend then told me that Mary, the Mother of God, spoke to him, telling him that she saw me stumbling through life like a fish that could not find water.  She said that she took great pity on me and asked her Son to save me.  Later, Jesus spoke to my friend and told him that I should sin no more, join the Catholic Church and help bring to it "compassion, love, kindness and generosity."  I had never before set foot in a Catholic church, but I quickly learned how I could "sign up."

I should not be here on earth; Mary and Jesus saved my life.  Even though I had hated them, they had always loved me.

After I was cured, I remember hearing a symphony.  I was in my friend’s room and thought perhaps the radio was on.  I checked everywhere—in the hall, out the window, under the bed, even in his desk drawers, to see where the music might be playing; but I soon realized that the beautiful music was coming from within me.  I realized then that heaven was rejoicing because one sinner had been saved, and the heavenly hosts were letting me join in the celebration.

My life isn’t mine any more.  It is God’s.  I was God’s all along.  And being a Christian means everything to me.  It means the difference between life and death.

The above is a condensed version of my story, which can be found in my new book FFull of Grace: Miraculous Stories of Healing and Conversion Through Mary's Intercession

by Ave Maria Press. In addition, the book tells the compelling stories of a homeless drug addict, a lonely youth, a nightclub stripper, a cocaine abuser, and a Nobel Peace Prize nominee.