Why You Should NOT Make A New Year Resolution 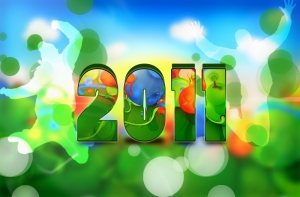 It's that time of year again! The time when millions of people all around the world make a New Year Resolution! But, should you even bother?

Research shows that 97 percent of those that resolve to make change in the new year ultimately fail. Just one week past the promise's inception and 25 percent have already packed their resolutions away like their holiday decorations. Nicely stored and ready to be unpacked the next year to be used again.

Here's why most resolutions end up in the trash or recycle bins.

1) Most individuals choose a goal that is not attainable. For example, resolving to drop 30 pounds in 30 days or trying to look like a super-model's touched up magazine cover. Choosing goals like this are about as productive as searching for the fountain of youth.

2) Year after year people pick a resolution that they have been unsuccessful at achieving in years gone by. If you continue to proclaim the same, unchanged resolution as soon as the clock strikes midnight on New Year's Eve, you almost assure yourself of failure. Even just a small tweak to your resolution could make the difference between succeeding or falling short.

3) Jumping head first into a resolution is commonplace and does not assure success. Actually, it can result in the opposite. Highly successful coaches and executives both approach their "teams" with game plans. Individuals should take their lead and plan ahead.

4) Can a valid goal be met in one or two weeks? No! Yet, impatience creeps into most minds and sabotages their goals. Giving up before a goal can become a habit will result in disappointment and unfulfillment.

5) No man (or woman) is an island. Yet, most people try to go it alone when it comes to their resolutions. Support from family, friends and even professionals improve ones odds of success considerably.

6) The excitement of a new year and fresh start can be so exhilarating to some that they end up over promising. Their resolution sounds more like a proclamation to take on the world. Lose 20 pounds, stop smoking, workout every day, etc. With too many goals to focus on, none of them receive the attention needed and that results in failure of all.

If you've read through all the above negatives involved in setting a resolution and yet still feel as excited and determined as ever, congratulations! Good for you. You may be in the small percentage of humans who actually benefit from resolving to change. Use the list above to educate yourself on how not to make common mistakes.