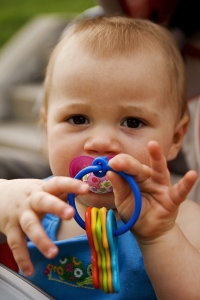 This morning I opened a comment attached to an old post on one of my blogs, which came from a young woman, “Erin.”  Erin is in the middle of a heartbreaking decision, and because she says she reads Catholic websites I wanted to post it here. Erin’s letter reads in part:

I am seven months pregnant and am in the process of putting together my adoption plan as I do not intend to keep my unborn son. I will be a birthmother come April. Through a series of unforeseeable and incomprehensive events (none of them having to do with alcohol or drug abuse, thank you very much, and none of them having to do w/a bad childhood, or rape, or abuse or anything like that) I became pregnant. I graduated from a Jesuit university with 3 degrees in 4 years and a semester in Rome under my belt. After graduating I spent a year volunteering as a kindergarten teacher for underprivileged children in an incredibly impoverished area of California, and then worked in a program for homeless women.

I'm not keeping my child because I want him to have a perfect start with two parents that will be present in his life and who will love him as much as I do but who can afford to provide for him better than I can right now especially because I am not in a romantic relationship with the father.

If you look into it, birthmothers are more likely to have accomplished some degree of higher education while less educated single pregnant women and other women who have dealt with abuse, drugs, alcohol etc. are more likely to keep their children. So please, out of respect for us birth mothers stop making it sound like we've been carrying baggage all our lives or that we have consistently made poor choices. Especially because we need to be constantly reassured that giving our child to someone else to raise is the right choice.

Thank you, Erin, for taking time to write.  As you point out, generalities can be dangerous things – perhaps this is especially true in the world of adoption.  No two adoption triads (birth parents/adoptive parents/adoptee along with their respective extended families) are exactly alike.

Because my husband and I foster-adopted, for example, some of what applies to our situation may not apply to yours.  Parents who have their rights involuntarily terminated are not, generally speaking, well adjusted college graduates.  Children damaged from years of institutionalization, abuse, and neglect and are later adopted often have ongoing educational and emotional challenges.  This, too, is reality for our situation, but I trust that because of the choices you are making now it will not apply to your child.

Yes, each birth mother is different.  Some are alone in the world, without visible financial or familial support.  Others have supportive partners and extended families.  I have two friends who made an adoption plan for a second child, knowing they did not have the strength to raise another.  In one of those cases, the judge disrupted the adoption plan and placed the child with his biological father – despite his criminal record.  I have two other friends who chose to parent, and later regretted it because of how the children were treated by the men they later married (neither of whom were the biological fathers).  All we can do is make the best, most informed decision possible at the time, knowing that there are no guarantees in family life –we just do the best we can, one day at a time.

You are absolutely right that not all birth mothers who choose adoption have a history that makes them unfit to parent.  Yours is a good example.  What I think can be safely said about all birth mothers, however, is that there must be some compelling reason to choose relinquishment over parenting.

No mother chooses adoption casually.  Open adoption advocate and birth mother Patricia Dischler writes about this in her wonderful book Because I Loved You.  After nine months of pregnancy, the bond that forms between mother and child makes relinquishment an agonizing choice.  As you point out, some women find this prospect so overwhelming that they choose to parent without realistically assessing whether they are capable of doing so.  When this happens, it is the child who suffers most.

It is also important for birth parents to consider, however, that the factors that lead a couple to pursue adoption can also vary widely.  The wide-eyed smiles and idyllic images on the agency letters are not magic mirrors into the future.  There is no telling what is ahead:  divorce, or disease, or unemployment, or pregnancy.  Like any other family, we cope with the ebbs and flows of ordinary life.  Like any other family, we manage some days better than others.

You see, we are all products of our choices, both good and bad.  And while some choices are objectively good or bad, many others cannot be evaluated fully until much further down the line.  In my darker days, I sometimes wonder if I made the right choice, choosing adoption.  While I love my children just as any mother loves her children, their particular needs can be overwhelming at times.  And like any mother, I’ve learned how to cope with those darker feelings.  The commitment we made to our children was a lifelong commitment – not an idyllic future.  After three years of fostering them, we wanted to offer them a forever family.  Not a perfect family, certainly.  But a loving, safe, and permanent one.

No matter how they come to us, our children pave the way to heaven, showing us where we need to grow in love.  And so, dear Erin, the child you carry is destined to be a source of grace.  I imagine there will be days ahead when you wonder if you made the right choice, something that will be true whether you place your child for adoption or parent him yourself.  It is clear from your letter that you are seeking to place your child’s welfare ahead of your own, and that is something really wonderful.  With that kind of love, you cannot go wrong.

May God bless you, and your child, and his future parents . . . whoever and wherever they may be.