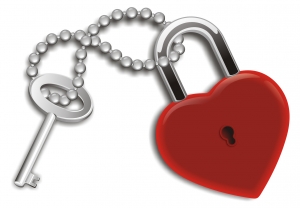 I had to learn how to express my love in ways that would speak to my children.   Since it was the younger kids who were suffering from disaffection, I decided to focus my efforts on them, beginning with the identification of their love languages. Nailing my younger daughters’ love languages didn’t take much effort. For example, it was obvious that Helen, who was the kissingest kid I’d ever seen, communicated love through physical touch.  Clare and Rose, both of whom were always planning “girls’ nights” with Mom, had a strong need for quality time.

Understanding my sons’ love languages was a little more difficult, perhaps because boys are naturally less demonstrative than girls, as well as less expressive of their own needs.  But a bit of careful observation and telling conversation revealed that, of the three youngest boys, one spoke the language of physical touch, one sought quality time, and one needed words of affirmation.

Three to hug, two to hang out with, and one to praise.  I’d figured out the love languages of six of my children, and learned – in theory, at least - how best to love each of them. I suppose I should have felt excited over the prospect of re-connecting with my kids, but all I felt was panicky.  I was reminded of the Italian classes I’d taken in school.  Each class had included a break period during which students were permitted to engage in informal conversation. The catch was that the students had to speak in Italian. The Italian-only requirement made for awkward conversation and fuzzy communication, and it took a long time to convey a simple idea.

Strange as it may seem, I thought that I’d have a similarly hard time communicating with my children.  I was afraid that my attempts at speaking a different love language would flop.  Besides, I was concerned that time constraints would keep me from doing what I should do, at least when it came to connecting with the children who needed one-on-one time with me.

I needn’t have worried.  With grace (and much amusement), my children have responded to my imperfect expressions of love.  Vincent knows that I I’ve had to struggle to overcome my ingrained distaste for “mushy” behavior, so he especially appreciates the hugs that I give him, as well as the poorly-aimed high-fives and feeble fist pounds. Dominic is getting his share of compliments, and is happy that I’ve followed through on my promise to tell him every day that I love him.  As the youngest member of the family, seven-year-old Gerard was already receiving a good deal of my attention, but I’ve put more “quality” into our quality time by keeping it free of interruptions, and by making eye contact and truly listening to him when he speaks.  Touch-loving Helen delights in having me tuck her in at bedtime, and will sometimes fall asleep holding my hand. Making time for Rose and Clare has been my biggest challenge, since there’s so little leisure time to work with during the day.  But I’ve gotten accustomed to staying up late with the two girls, and we’ve grown closer as a result.  Bonus:  Clare sometimes shows her appreciation by giving me a manicure.

Learning the five love languages and applying their principles has vastly improved communication within our family. To find out how knowledge of the Five Love languages can benefit your family, visit