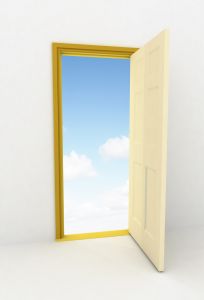 At some point in life, we are told to develop real goals and ambitions.  Our imagination is no longer given the role it requires.  Being brought up in a sheltered life, I played with dolls until a much later age than my peers.  Yet, I felt a little embarassed to admit that the first thing I would do on a Friday afternoon was play with them.  I didn't hang out with the few friends I had very often, so I created my own safe world.  Imagination bloomed through me and gave me spirit.  I felt more whole when I could pretend.

It was my imagination that gave me passion and a glimpse into my soul.  But life grinds on you and makes you give up the life you imagined.  When I look back and see what my imagination did for me, it wasn't what others told me.  Growing up doesn't mean giving up imagination, it means giving in to it.  Passions are explored through creativity and imagination helps guide us to our true ambitions.

I enjoyed my play world, because it was created by me.  Pressure from others forced me to give up my 'childish' ways, but then I became lost for a while.  I found myself through other ways of expressing myself, like poetry and writing.  My imagination was restored and so was my passion.  Instead of dolls imagining my dreams, it was words flowly softly on a page.  Sometimes imagination recreates itself through other means, but the more we tap into our imaginary life, the closer we are to our true desires.  Our desires will lead us closer to God and His plans for us.