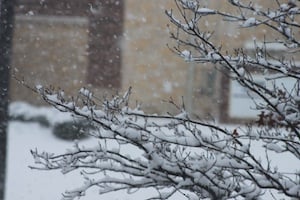 We have been trapped in our home for three days now.  And we are facing day four.  “Super Ice” 2011 has put a halt to our lives.  I’m feeling a little like the kids in Cat in the Hat:  “So all we could do was sit, sit, sit, sit.  And we did not like it.  Not one little bit.”  The Seuss fan in me is hoping the cat with the fine hat will pop through my door and use that machine of his to clean up the mess my little Thing 1 and Thing 2 have made over these past three days in their effort to deal with this cold weather madness.  But, alas, he is not here.  Nope, the only people here are my family.  And if I’m trapped with them any longer, I fear the fish will start talking to me soon.

Seriously, this experience has been a little eye-opening.  It is amazing how quickly an entire city can become and remain paralyzed by a natural event.  It’s as if God is saying, “it’s time to slow down and figure out what matters.”  No matter how much we build up, God can always tear it down.  No matter how fast we run, he will always beat us there.  This week has been a forced slow down.   It’s been a time to look around and realize what really matters and to look in the mirror and see who we really are.  Sometimes slowing down isn’t easy or comfortable- especially if it’s not our idea.  But it is necessary so that we can get some perspective on where we are and where we are going.

One of the things that I was supposed to do this week was lead a middle school youth night.  The topic was “The Beginning and the End” and was based on the Book of Revelation.  It’s kind of ironic that we were supposed to explain this apocalyptic book on a day when “Dallas stood still.”  It’s also ironic that we are trapped in our homes much like John was trapped on Patmos when he had the vision.  Maybe God has to get us cornered to get our attention, although that probably wasn’t the case for John.  Anyhow, the thing that really stuck out to me as I prepared for the lesson was the beauty described in Heaven- the court, the angels, the saints, and all the worship.  And as we look more closely at that beauty, we see the Mass.  We see the Mass celebrated right there in heaven.  The Revelation to John isn’t so much about the end of the world, but rather it’s where Jesus shows us how to worship.  He gives us the blueprint to worship as Heaven worships.  As a good friend of mine puts it- Mass is where Heaven kisses earth. 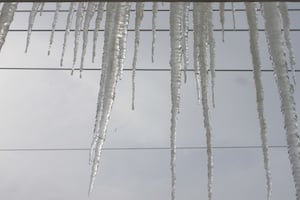 When I first started going to Mass, I was uncomfortable because it was so different than the worship services at my Baptist church.  I was used to going to church to get something from it.  I was used to a prayer at the beginning, listening to some music, singing some hymns, and listening to a whole lot of preaching.  In fact, there was at least an hour of preaching.  When I went to Mass for the first time, I was shocked at how short the Priest’s sermon was.  I was also surprised by the amount of time dedicated to prayer.  And how all the music was sung in a prayerful manner rather than for entertainment.  It all seemed a little boring at first but then it started to capture my curiosity.  And then one day I was sold.  It was the day I realized where the focus of a Catholic Mass was.  It was on God- Father, Son and Holy Spirit.  They were the stars of the show.  They were the reason people came to church.  People weren’t inspired to come because of the passionate preaching or talented musicians.  They came because Jesus was there.  They came to worship.  The Mass isn’t a show put on by people for people to facilitate worship.  The Mass is worship given to us by Jesus himself.  It’s where Heaven comes down to earth so that we may join in the divine worship of our awesome God.

But that was 13 years ago.  And I think that when you participate in the Mass week after week and year after year, it’s easy to get caught up into the routine.  It’s easy to go through the motions and miss the big picture, especially when there are so many distractions swirling around in your head and in the seat next to you.  I think that at this point in my life, I have to make an effort to fully participate in the worship.  Just like my marriage needs to be refreshed and renewed, so does my attitude towards worship.  I find that the more I learn about the Mass, the more exciting the ritual is.  And I need to maintain and strengthen that excitement if I hope to pass it along to my children.

So, as we are forced to slow down this week, let us too slow down for Mass.  Let us get some perspective on what is actually happening.  Let us take it all in while we surrender all of ourselves.  Let us mean what we say as we recite the ancient prayers.  Let us sing to God rather than singing with the congregation.  Let us lift our hearts to the Lord rather than just lifting our hands.  Let us hear our Lord’s voice when the Priest recites Jesus’ words at the moment of consecration.  And especially, let us be still enough to feel His life in our hearts and souls when we receive Him in the Eucharist.  When we surrender ourselves to this kind of worship, we experience the celebration in Heaven right here on earth.  And I don’t think our perspective can be any more beautiful than that.

It is my hope and prayer that I will experience this little bit of heaven in Mass this week- as long as my driveway is thawed out by Sunday.  Until then, I’ll hold out hope for the Cat and his machine while I try to tune out the fish and entertain the cooped up children.  And hopefully, I’ll find my sanity amongst all the melting ice.