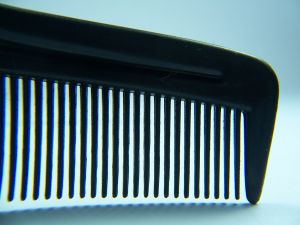 Sometimes, Veggie Tales stick with you.  Even when an 8 year old seems too old for Veggie Tale stories, and reluctantly watches a few, the messages do stick.

Over the weekend, my Knight was to serve Mass.  For the past few Sundays he has been serving, and we keep reminding him of the various ways to show reverence while doing his duties.....a bow to the tabernacle, folding of the hands and so forth.

Sunday, I happened to be watching Knight lather his gel in his hair to ready for Mass, and I once again, reminded him to keep his reverent ways about him while serving.  He made a distinct face at me, and said, "Ugh, Mom, those other server boys are bigger than me.  I don't want to do something they aren't doing."

"I understand, but you could set the example, because you know, what you are doing is the right thing."

He shook his head, looked at himself in the mirror, and seeing his own image reflected, said again, "I'm the youngest one there, Mom."

"Yes.  Sometimes, doing the right thing is hard.  You are right," I answered.

He gave a big sigh, finished combing his hair, and began to walk out of the bathroom.

He had silenced me.  I couldn't think of anything to give him courage.

And then, Veggie Tales came to mind.  In that split second of an opportunity, Dave and the Giant Pickle were before me.

.....aka David and Goliath.  It was a great Veggie Tale. It tells the story of David and Goliath, and brings to life for kids, that little guys can do big things....with God's help. I've always love that message. Little people have a way to reach others in a way that adults can't. Perhaps their innocence allows for that, or God works in those ways, so that others can learn from a simple Faith, an innocence that we have perhaps lost.

Just when one of the children will adamantly insist that they are too small or young to be able to do whatever the task may be, I find myself quoting this exact Veggie Tale, with some very familiar words.

And just outside the bathroom door, I was as quick as I could be, and caught his attention one last time, "Hey!"

I bent at the waist, met him eye to eye.  I put both hands on his shoulders, and gave him the only thing I could, in such a quick, yet inspired moment.

"Little guys can do big things too!"

He laughed then, with such sincerity, and his eyes said it all as he looked into mine.  We shared a split second of understanding an important truth.

I watched him at Mass that morning, and while, yes, he still needs to improve, I saw him making a glance or two my way.  As I made eye contact with him, he couldn't contain his smile, and I couldn't stop my own, as we shared this inside humor.   He looked like the most joyful altar server, happily doing these small things for God.

And so, those little reverent ways, will come.  They will find their ways into his heart and mind.  But for last Sunday, he was visibly joyful.  He was happy.  He was smiling.

I try and teach my children, and in the end, they teach me.  Yes, little guys can do big things.  I know that.  What I didn't know, is that they can do big and small things, all the while happy, smiling....joyful.

After Mass, I had nothing to say.  He'll learn the times to show his reverence, the school and our parish will teach him those little things.  But in a way, he showed me what my job could/should be:  to teach that joy in serving God.  To be happy in all the ways He has called us.

Thanks, my Knight.  You are Carefree, but you have taught me a noble lesson.  Let us learn from each other.