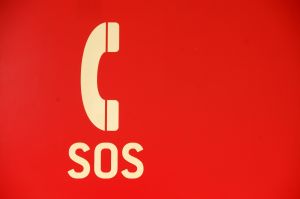 You could argue that the iconic advice columnist, the late “Ann Landers,” was single-handedly responsible for America’s rising divorce rates since the 1960s, thanks to her infamous question, “Ask yourself, Are you better off with him or without him?”

Thanks to Ann, along with her equally all-knowing twin sister, “Dear Abby,” millions of women probably found the courage to leave truly destructive and unsafe relationships, but millions more likely read that rhetorical question as a permission slip to ditch marriages that were simply more work than they were willing to undertake.

As such, you might say advice columns are accurate gauges of what’s up with the culture.

If the free advice peddled in today’s media is any indication, my perception of the decline of our civilization is more than just a vague sense of longing for some idealized “good old days.”

To wit: A recent question for syndicated columnist Carolyn Hax, perhaps the most popular, and certainly the pithiest, of today’s purveyors of free advice, that asked via a provocative headline: “Is a baby a good reason to marry?”

To summarize, a woman in her mid-30s, unexpectedly pregnant (apparently having forgotten that sex often leads to pregnancy), explains that given the circumstances, her 30-something boyfriend wants to get married. Based on the messy divorces she has witnessed among her friends, the writer is uncertain about marriage and instead reasons that breaking up would be much easier without the dreaded “slip of paper” that makes it difficult to “just walk away.”

Ms. Hax, whose answers to advice-seekers often are brutally honest and spot on, offers a truly distressing response to this question, but it certainly helps to explain a recent survey that shows 4 in 10 Americans believe marriage itself is becoming obsolete.

The sum total of her wisdom is this: “The No. 1 question to ask yourself before committing to a mate is, will s/he make it ugly if we break up?”

Really? Not, “Do we share the same values about marriage, commitment, faith, family, love and companionship,” but essentially, “Would we have a messy divorce?”

Meanwhile, only the first sentence of Ms. Hax’s advice even mentions the child to be born of this couple, and then merely as a practical matter: “With a child, do you think either of you will be able to ‘walk away’? Would you want that?”

Nowhere in Ms. Hax’s advice or the woman’s question does anyone address the issue, “What is best for the baby?”

It’s no wonder. Ms. Hax would lose too many readers with that honest answer. Study after study affirm that what’s best for the baby is to grow up in a two-parent household with his or her biological mom and dad, who remain married for better or worse till death do they part.

Talk about your unpopular advice.

The ramifications to children when families fail to form are disheartening and well documented. But no one is looking out for the children in scenarios such as this; just for their own selfish interests and myopic concerns.

Here’s my advice for “Married?”: By engaging in a sexual relationship, you took the risk that you would bring a child into the world. Now you need to take responsibility for that decision.

Your boyfriend — the father of your child — wants to marry you and create something positive and profound: A family. Yes, marriage is difficult, but certainly no more challenging than being a single parent.

Your child deserves your best effort to create the most positive environment in which to grow up.

Perhaps it’s time all of you did just that.