Are Yoga and Catholicism Compatible? 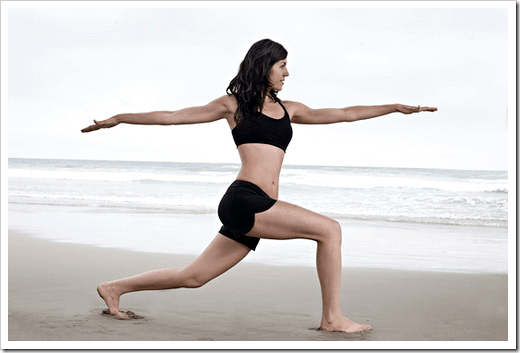 Is it possible to practice yoga as a faithful Catholic?(photo source)

I struck out to find the Catholic Church's official teaching on yoga, and found some information from the Vatican, some views from Christianity, and a lot of folks' opinions along the way.

Is Yoga a Pagan Hindu Religious Practice or Just Exercise?

If one is to discuss this subject with any degree of intelligence, one must first determine if the physical motions of yoga can be separated from the spirituality that often comes with it, and which may be the foundation of the practice in Eastern religions.

It is clear beyond a shadow of a doubt that any dabbling in New Age or Hindu religious practice, any opening up of oneself to "Gaia" or Mother Nature or centering one's soul with the collective consciousness or connecting with the earth, is counter to the Christian faith. Any practice that worships a pagan god, a god of "nature" or a god within oneself is intrinsically evil and against Christianity, where there is one God and one God only.

The fundamental question when a person of Christian faith asks, "Can I do yoga?" is whether this tree pose necessarily worships a foreign god in the sun, sky or otherwise, regardless of the heart of the person, or whether it is just an exercise in balance and control, one that my 5-year-old son just identified as, "Is that ice skating, or what?" 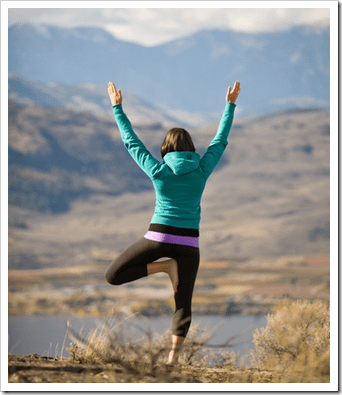 A sin is an act of the will, and to sin requires full knowledge of sin as well as full intent. If one's intent is to exercise, and nothing more, and one guards one's heart against the sort of yoga that would draw a soul away from God and open it to paganism, can there be sin? Can there really be an opportunity to give the devil a foothold?

To be so against yoga embodies a spirit of fear. Must we be fearful of anything in the world that is not explicitly of God? Must we remove ourselves from the culture to guard our faith and practice it properly (and safely)? Pope John Paul II would say no. He often talked of the importance of being "in but not of the world" in his encouragement to the "new evangelization" of faith.

In The Bearer of the Water of Life, the pontifical councils say, "The beginning of the Third Millennium offers a real kairos for evangelisation. People's minds and hearts are already unusually open to reliable information on the Christian understanding of time and salvation history. Emphasising what is lacking in other approaches should not be the main priority. It is more a question of constantly revisiting the sources of our own faith, so that we can offer a good, sound presentation of the Christian message. We can be proud of what we have been given on trust, so we need to resist the pressures of the dominant culture to bury these gifts (cf. Mt 25.24-30)."

I am not afraid of yoga. It has no power over me. I choose to believe in the power of God's grace, to root myself in prayer, to trust that God is so much bigger than an exercise and never allows Satan control over His people, unless they choose evil.

I believe that our bodies are created for good, to image God, to demonstrate His love. I also know that any creation can be used for good or for evil. A body can be used to embrace a loved one or strike someone in anger. A body can be used to toil to support a family or plunder time away at a casino. A body can be used to image the trinitarian love of God in the marriage embrace or in the exact same action, to stain two souls in an act of extramarital lust and spit in the face of God's beautiful plan. (See the reflections on the Theology of the Body, here for Lent.)

That's my honest evaluation of the whole issue. But more importantly, here is what I found in my research so you can begin your own informed, prayerful discernment process.

Arguments Against Yoga from a Catholic Perspective

Here are some of the resources and thoughts I was sent to and found myself: 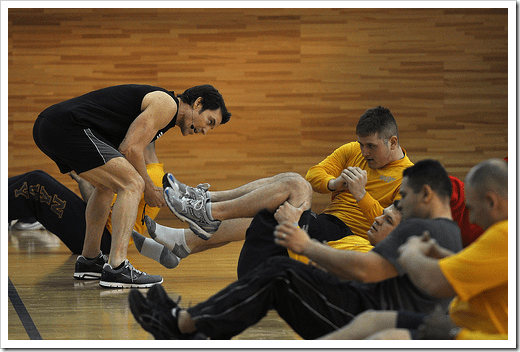 The yoga I have done personally has been in two places: one at a studio that was certainly New Age and often made me think, "Well, this is frou frou junk, mother earth and all that. Better pray to the real God instead." I imagined myself teaching Christian yoga instead of the transcendental nonsense my ears were filled with. Would I go back there? No.

The yoga I've done most recently was via P90X videos with Tony Horton, the buff guy making men in the armed forces kill their abs in the photo above. He says yoga is essential for flexibility and overall fitness and highly recommends it, but he's much more likely to talk about not eating butter in your mashed potatoes or "standing on your tippy toes" than he is a heart center or a collective consciousness. He's no Hindu shaman, believe me.

That's my background, and here are my thoughts on Catholicism and yoga:

Here is the important part of the post, where I find the only stuff that counts for beans when asking what God wants us to do. Clearly one cannot find yoga in the Scriptures, and the Catechism of the Catholic Church also came up empty on the subject itself. The closest I could find is this:

The document most related to the practice of yoga and its effect on the Catholic faith is called "Jesus Christ, the Bearer of the Water of Life," a Christian Reflection on the "New Age" from the Pontifical Council for Culture and Interreligious Dialogue, found here. Many use the fact that it mentions yoga in a footnote as one of the Eastern religions in question to prove that yoga is intrinsically evil and should not be dabbled in.

However, a thorough reading of the entire document demonstrates that the Church is concerned about Catholics being swayed by the New Age theory that "recognizes no spiritual authority higher than personal inner experience." Again, I simply cannot pinpoint a section that prohibits the exercise of yoga as exercise. Some key points include:

When mentioning yoga, it would seem important to counsel folks away from the very spiritual yoga teachers and at least mention its pagan foundations with a caution not to participate in the soul-opening sense of the practice, just the exercise. Is it possible that, especially for those more shaky in their faith, that the practice of yoga could be a slippery slope into loss of faith? Could just doing it for exercise, particularly if the teacher is spouting all the ìone with natureî and ìsoul-centeringî and whatnot, give Satan a foothold into one's mind, even if they don't think it will?

Catholicism is a faith that requires total allegiance to the magisterium (the pope) on matters of faith and morals. If and when the Vatican says that yoga goes against our faith, I would stop doing it, renounce any of this post, and write a rousing argument against yoga being practiced anywhere outside a Hindu temple. But I'm just not seeing it right now.

There is not an official, faith and morals based, Catholic Church teaching on practicing yoga. Many holy priests and holy people can all weigh in, but the fact remains that yoga is a matter for an individual to discern how it affects them.

One must use Catholic teaching about the spirit to make certain that they're using their body and mind for the purpose of seeking holiness and not seeking spiritual enlightenment, oneness with nature, or opening their heart to anything other than the Lord, who is God.

Be a person of prayer, remain in a state of grace, and let us focus our prayers on the salvation of souls and the good of the world. May we turn our minds to Eastern religions only to pray for the Light of Christ to shine in the East, particularly in Japan, where there are so many more dire physical and spiritual needs than in an American yoga studio.

Time to weigh in: do I even need to ask what you think of all this information? Can a Christian person practice yoga for exercise without putting their immortal soul at risk?

This article was originally published in full form here at Kitchen Stewardship. Check out the 150 comments if you want a little more debate!