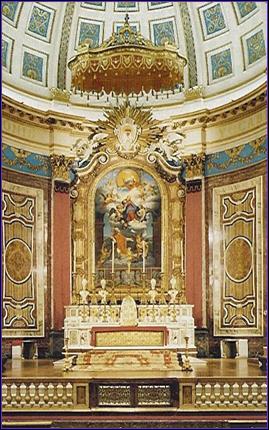 My 21-year old daughter tells me she loves going to Mass at the Oratory in London. She says its a little bit like at home in some ways, but different, you know?  She went to Mass in Ireland recently and experienced the same thing. She loves the catholicity she finds. And I love it when I see one of my children come to experience a truth of our faith in a tangible way.  Indeed, we are part of a big church – much bigger than we dare to really imagine on any given day.

Soon my family will meet my daughter in Rome before she ends her semester abroad. I expect similar connections to be discovered in the Masses we will attend at St. Peter’s Basilica. There will be thousands of pilgrims there, and we’ll experience the Mass we’ve come to know at home in a new way: in Latin and many international languages during the high holy days.

I know just how my daughter feels. It is wonderful to discover that we are members of this amazing global Catholic Church. It is astounding to think that, at every moment of the 24-hour day, a Mass is being offered somewhere, touching every hemisphere.

Thinking back over my own life, I have been to Mass in cathedrals and in humble open-air churches on remote islands. I have been camping where I attended outdoor Masses. I once had the privilege of a Mass being offered in my back yard! I have been to Masses in different countries and cities and towns.  I have been blessed in much the same way by the unity of the experience, whether at the shrines of saints, school chapels, or stadiums where the Pope visits.

The Mass contains a rich and penetrating familiarity to it, no matter the rite, or place, or number of people gathered there. That’s because Jesus is present is there.

Jesus is there in his Word, in the people gathered there, in the priest, and most uniquely and profoundly in the Eucharist. The same Jesus that once walked the shores of Galilee and the dusty roads between Jerusalem and Nazareth humbly comes at the beckoning of the prayers of consecration to inhabit a small wafer of bread.  Jesus becomes the Bread of Life. And he comes to feed the hungry and the lowly and the lonely and the hurting and the broken in all of us.

I figure that if I conservatively count the Sunday Masses only, I have been to Mass over 2200 times in my life since making my first Holy Communion in the second grade. I can’t say that at every Mass I’ve had that feeling of global interconnectedness, but it does wake up my imagination to consider this idea of the worldwide Body of Christ, even as I receive the very Body of Christ. And, beyond that, to begin to grasp that the Body of Christ on earth is linked powerfully, though often imperceptibly, to the Body of Christ that is in heaven and purgatory. What we see physically and tangibly is not all there is!

If we can begin to get the sense of a global church, we are not far from understanding the connection between heaven and earth via the Body of Christ. But to do so, we have to enlarge our understanding of what the Body of Christ really and truly is. In other words, though at times we marvel at the vastness of the Universal Church on earth, it really is just the smallest segment of the Church in reality. We are connected, via Jesus, to all the faithful – throughout the ages – to a larger and more spectacular Body.

"We believe in the communion of all the faithful of Christ, those who are pilgrims on earth, the dead who are being purified, and the blessed in heaven, all together forming one Church; and we believe that in this communion, the merciful love of God and his saints is always [attentive] to our prayers" (Paul VI, Credo of the People of God, § 30).

This point is well illustrated in The Screwtape Letters, by C.S. Lewis. In the following passage Screwtape, the senior tempter, is writing to his nephew, Wormwood, a junior devil. Screwtape’s counsel is to not let a young Christian know that he is part of this magnificent Church that extends beyond the local parish, but to let him be daunted and discouraged by the imperfections of his local parishioners.  Screwtape writes:

One of our great allies at present is the Church itself. Do not misunderstand me. I do not mean the Church as we see her spread out through all time and space and rooted in eternity, terrible as an army with banners. That, I confess, is a spectacle which makes our boldest tempters uneasy. But fortunately it is quite invisible to these humans. All your patient sees is the half-finished, sham Gothic erection on the new building estate… (The Screwtape Letters, C.S. Lewis).

When we catch a glimpse of the majesty of what the Church really is, both as a global entity, and an eternal one, we begin to understand that this Big Church extends into eternity. The Church is truly just reflective of the Big God we have: a God Who at once is both omnipresent and omniscient in every sublime way, while at the same time, is hidden from view within the host in Holy Communion. It’s the same God, but different, you know? 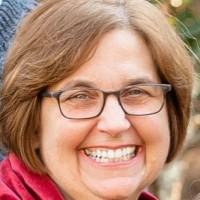