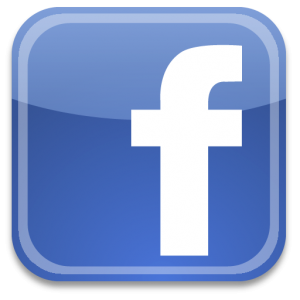 I have to confess my initial reaction to the headline was to roll my eyes in contempt for yet another government entity that I assumed was trying to legislate good parenting. After all, it’s a trend that has gained traction of late.

Some states are mandating the content of school lunches. Others have laws about how old kids must be to baby-sit. All states now have rules about bicycle helmets and federal law dictates when parents can take the booster seat out of the minivan and put it in a garage sale.

In fact, there are even laws about what sorts of toys and child gear can be sold at a garage sale. (Short answer: pretty much nothing unless you have it tested for lead.)

Given the propensity for governments to take it upon themselves to “assist” parents in the upbringing of our children on the assumption that we obviously don’t know what we’re doing, I figured a proposed California statute was just more of the same.

Turns out I’m in agreement with the legislation introduced by the Golden State’s Senate Majority Leader Ellen Corbett, a Democrat. Not only is her bill an effort to empower users of social networking sites and protect their privacy when creating user profiles, but more importantly, Mrs. Corbett’s bill would restore parental authority over the online activities of minor children.

Currently, sites such as Facebook have default settings for new users. When you sign up for a Facebook account, your profile automatically is set to allow “Everyone” to see your information. You then must change to more restrictive settings if you want your profile viewed only by “Friends” or “Friends of friends.”

The California bill would demand that social networking sites do exactly the opposite - default to a restrictive setting that shows only your name and city. You then could open the door to your public profile, rather than close it after the fact.

More importantly to parents, this bill would allow Californians to demand that sites like Facebook take down within 48 hours information about their minor children when parents request it.

Like me, your reaction might have been, I already have the right to demand this, I’m the parent. Unfortunately, according to Facebook’s “frequently asked questions,” you don’t have that right at all.

Facebook didn’t get to be the world’s largest social networking site by catering to concerned parents, after all.

The company prohibits users younger than 13 and cooperates with parents or others who report underage users by deleting their accounts, though if you want to see the information a child posted on Facebook, you “may” be able to do so. It’s not an easy process. (There’s notaries, forms, conforming to applicable laws, etc., to deal with.)

But users ages 13 to 18 are guaranteed privacy by Facebook. Parental authority essentially is meaningless when your child becomes an “authorized” user of Facebook. Rather, the company simply encourages parents to talk with their kids about the best ways to use the site.

We send some strange and conflicting messages to our teenagers. On one hand, we practically encourage their ongoing adolescence with rules that regulate whether they can ride a bike to school, much less get a job or drive a car.

Then again, we let them roam the Internet, facilitating and respecting their privacy without the means to assert our proper protection and judgment over their virtual activities.

There probably are a host of unintended consequences with this bill, but there’s also a germ of respect for parents in it that ought to be upheld more broadly.

Solid parenting usually will alleviate the need to go around a teen and demand that information be removed from his or her Facebook page.

Still, a law that reminds social networking companies of the primacy of parents in the lives of their minor children is a good thing.