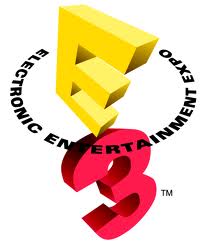 Watching some of the coverage of E3 makes me laugh sometimes. Although the presentations have some great gaming tech and titles being displayed, the presenters always seem to come off as awkward and uncomfortable. Actually, the whole vibe of E3 seems awkward and uncomfortable. Maybe I’m projecting, but I look at those geeks up on stage and they really don’t look like they belong. Their body language screams that they would rather be anywhere but where they are now. Annnywho….

Presentations aside, the games being shown are looking very nice indeed. Knights of the Old Republic, DUST 514, Skyrim, Bioshock Infinite, and Deus Ex look to be ones that I will be keeping an eye one. Let’s go through some of the things that stuck to this old brain of mine.

Knights of the Old Republic, the upcoming MMO from Bioware released yet another awesome trailer that features more CGI goodness. Can I appeal…yet again…to the powers that be, to please, please start work on a CGI Star Wars movie. I don’t care what it takes, just get it done. Kidnap Lucas and put place him in the Amazon if he’s giving you trouble. Goodness gracious. The three trailers that have been shown to date are better than Episodes 1-3. I know, that’s really not saying much. As I’ve mentioned on Commonsensegamer.com, KOTOR is still worrying me in terms of how they will ultimately execute the game and make it stick. Will I play it? Absolutely! I just can’t shake this feeling that it will not be a game one plays for the long haul…regardless of the license it is using.

Nintendo, it seems, is still being Nintendo. The word “Mario” is being used a lot it seems. Nintendo really, really needs to let Mario go and start to think outside of that box. A big “meh” for Nintendo so far as they continue to try to get blood from a stone and leverage the gimmicky 3DS.

Sony. Sony’s big announcement seems to be the Vita. I don’t really care to tell you the truth and I’m not being cynical here, and I’ll tell you why. Smartphones are the new handheld gaming system, and Apple and Google are much better at it than Sony is at the moment. Seriously, how many devices is one person expected to have on his or her person at one time? Convergence has always been the key here and Sony seems to be betting on a dinosaur while the world continually moves towards iPhone and Android based systems. Look for this to either bomb or be the absolute last time Sony makes a game dedicated handheld.

Microsoft. They surprisingly impressed me with their aggressiveness on the Kinect and Xbox360 integration. Seems like they are betting on this peripheral in a very big way…and by that I mean that we need to start betting that most games will start to need this technology. Not only that, the whole XBox360 experience is going to use the Kinect in some way. When I first saw this thing, I immediately thought “gimmick”. Although the cynic in me still thinks that, the optimist in me is starting to think that maybe they can pull this off. One of the big reasons why I think they can is because the 360 is also starting to focus more on its media center capabilities, specifically streaming TV. The big push on the internet today, is “Over The Top” (OTT) services like Hulu and Netflix. If Microsoft can position the 360/Kinect experience to be “go to” platform for OTT, them I think it will be game, set, and match for Microsoft. People will come and stay for the OTT services like Netflix, but will also stay for the gaming experience. Oh…also look for Microsoft to get into OTT as well, further proving the point that traditional Telco and Cable services are hosed

That’s it for now. More later as I continue watching the feed.