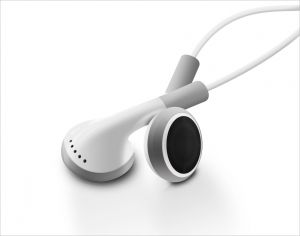 Have you checked your kid’s iPod lately? It’s worth doing.

Today’s top artists (to use the term loosely) are a disturbing lot.

I spent some stomach-churning hours with quite a few of them this week.  A writing project sent me to Billboard’s Hot 100 songs and, from there, to song lyrics and official music videos, artists’ websites, and entertainment reviews of the top 20 “Hot” songs.

You’ve probably heard the songs--in commercial soundtracks, advertising, and in the background of NBA games.  It’s the music flowing through ear buds and pounding obnoxiously from the car that pulls up next to you at a stoplight. Video versions abound on YouTube and ricochet from one smartphone to another, linked through Facebook and emails.

Popular music is everywhere, reaching huge numbers of young people. Chart-toppers often notch more than 15 million views on YouTube in a matter of months; Lady Gaga’s latest album sold 1.1 million copies the first week of its release. And as musical celebrities crossover into fashion, perfume, and accessories, their impact multiplies.

The music’s reach is impressive. But its power to shape the way a generation thinks about sex and personal relationships reflects more than reach.

It reflects the terribly seductive—and damaging--nature of the music’s message.

Music and music videos are everywhere--the mall, gas stations, restaurants. The messages pulse insistently through the culture, wherever there’s a computer, TV, iPod, or phone. Our children need protection from the truly depraved stuff that’s out there. And they need guidance to see the meaning and consequences of the music industry’s distorted messages.

So what should parents know?

First, that the overriding industry push is “sex,” but not sex as we know it.

In today’s entertainment, sex is not the melting embrace of two lovers, forever sharing their hearts, lives, and selves. It’s not even ordinary lust.

The new sexual norm, messaged in music and video, is sex as a personal entitlement.  Instead of connecting two persons in mutual, fruitful, and self-giving love, sex is a solo act.

The narcissist takes center stage, gratifying him or herself sexually with any number or combination of males, females, and even animals. Nothing’s “perverted” anymore, because sex is just a thing you do to feel good. So if you “wanna,” then do anything you wanna.

For boys, the sexual script is self-obsessed, aggressive, impersonal and demanding. It throbs with lust, contempt, and, often, sheer brutality.  No love, tenderness, or kindness in sight. Women—whether flesh and blood, or virtual on the pornographic screen, serve male pleasure.

The model for girls is no better. How to relate to men? Taunt, flaunt, and spar. Physical aggression—often girl-initiated--only ups the sexual tension. Pain tangles with desire, retaliation, and sexual conquest. The big lie: a sex object is “wanted,” so sex means power. (Just ignore that humiliating feeling.)

In the first 20 songs (and accompanying videos) of the “Hot 100,” the message of narcissistic sex was nearly universal; personal love nearly absent. (A meager few, typically country songs, crack the charts with old-fashioned tales of romance and heartbreak).

The damaging message: sex is totally disconnected from love for a particular person. Love is worse than optional, it gets in the way. Love creates expectations of caring and commitment--incompatible with narcissistic sex.

So that’s where the music industry’s message begins, by glorifying narcissistic sex. But where it leads is worse. Many of pop culture’s top artists have traveled the road from perverted sex to misogynist, sexualized violence. No surprise, really. Stripped of its life-giving potential, sex that rejects love eventually becomes intertwined with death, inextricably so.

Need examples? Here’s what climbed out of the musical sewer lately:

Funny word choice, “racy.” When I was a kid, “racy” meant abundant cleavage and flirtatious dialogue.  And my dad would flip the TV channel.

Filled with nudity, blood, and dead women, the video carries West’s lame disclaimer: "The following content is in no way to be interpreted as misogynistic or negative towards any groups of people. It is an art piece and it shall be taken as such."

West’s perverse celebration of death is well-matched by superstar Rihanna. Fresh on the heels of her album S & M (avoid the video), Rihanna’s newest single, Man Down, delivers murderous revenge. Her video opens as Rihanna shoots a man in cold blood. We watch him fall and bleed all over the sidewalk. Then the backstory begins: sexy, flirty Rihanna teases dozens of men, dancing and seducing. Until she’s raped and gets revenge.

And then, of course, there’s Lady Gaga. Superstar, supposed fashion icon, and former Catholic schoolgirl, Lady Gaga flashes demonic in the cover art of her new release, “Born this Way.” The album celebrates gay, bisexual, and transgendered sex and twists religious imagery into blasphemy, just as her earlier albums and videos did. Her work betrays fascination with death. And her unfortunate genius lies in an uncanny ability to connect with millions of fans, seducing them to travel with her to the dark “Edge of Glory.”

The music industry is “on message,” without a doubt. Sex is a solo act—enjoy it whatever way you want. It’s a message that ushers in sexual perversion, violence, and death. And it's dominating the culture.

Sheer repetition magnifies the intensity of the message. In my work, I “sample” popular music periodically, but certainly not every day or for hours at a time. Adolescents don’t sample one song every few weeks. They do listen for hours, one song after another. Multiply that by days, months, and even years. The potential impact is huge.

What to do?  Start Local.  Check your children’s iPods and computer playlists. Delete offending artists and explain why. It’s not “spying,” it’s parenting.  Kids, by definition, don’t have the judgment of an adult. Good kids listen to bad songs because of peer pressure, ignorance, or, more often, because they underestimate the impact it will have on them.  “I don’t listen to the lyrics.”  “I like the music and I’m not going to do any of that stuff.” They need our wisdom.

Know the landscape. I find it easiest to rule some singers off limits, no matter what they sing. If Adolf Hitler recorded the best version ever of “Happy Birthday,” we wouldn’t buy it. The same with Rihanna, Lady Gaga, Kanye West, Britney Spears, and others. Similarly, music videos and certain radio stations are out (the deejays’ banter reinforces the worst messages).

Recommendations from others are helpful, especially when you’re beleaguered or time-pressed, but at some point you have to do your own homework. Google is a parent’s best friend. Google the song name, or even a phrase from the song, plus the word “lyrics” and you’ll have song lyrics in 3 seconds flat. Check the music video too. (Google the song, plus “video,” or go directly to YouTube.) For the panoramic view of what’s out there, go to Billboard and scan the Hot 100 songs.

Finally, remember to deliver the right messages, with love and conviction. Share the truth--the good news about sex, love, and relationships--frequently and honestly. Our children will respond to messages of love, respect, faithfulness and self-control, if they hear them—and that’s our responsibility.

No matter what the music industry says, the truth is that every human heart yearns—not for narcissistic, violent sex—but for joy of real love.
© 2011 Mary Rice Hasso