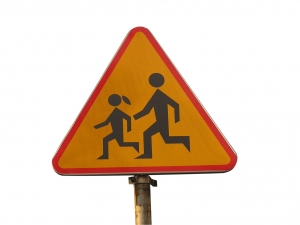 Parenting is not for wimps. It is an awesome responsibility, not to be taken lightly. It is far too important a mission to attempt passively.

Life can get the better of us, if we aren’t grounded in faith and centered on family. It’s easy to fall into parenting by remote control. That doesn’t mean putting the kids in front of the television, although that is often one of the negative features of conventional, passive parenting. It means becoming a reactive parent, falling back on methods of parenting which only seem to solve the problem in the moment, but can cause a whole host of new problems to pop up later.

Conscientious literally means “with knowledge”. If we are to be effective, conscientious parents, we must have knowledge – of our children, of our purpose, of ourselves. Conscientious requires constant mindfulness, a willingness to think through everything we do – often before we do it.

Parenting conscientiously means setting early expectations – for ourselves and for our children. It requires us, as previously stated, to have an understanding of each child’s gifts, talents, and abilities. Through forethought and understanding, we create an environment that nourishes a child’s soul. Using gentle re-direction, conscientious parenting dramatically reduces behaviour problems at every age. It is never too late to begin.

Conscientious parenting is an important component of Family Centered Living. It requires a higher level of commitment from parents. It demands much more spiritual and mental energy than conventional parenting; and can be exhausting initially. But the rewards are many, and splendid.