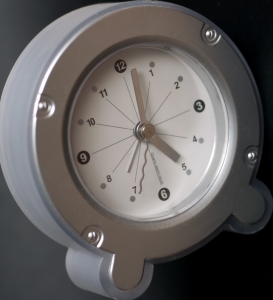 Our family spent the past week at the shore.  While there, we kept noticing banners that read, “It’s always 5 o’clock somewhere.”  The idea is that, no matter how stressful, hectic, or difficult a time you’re experiencing at any given moment, there’s someone someplace who is, at that same moment, enjoying a tall drink and a delicious end-of-the-workday morsel of tranquility.

The thought makes me shudder with delight.

First, because a workday ending at 5:00pm is a gift that no mother is likely to receive this side of heaven.  Second, because it means that now – right now – somewhere on God’s good earth there is a mother who didn’t just step on the cat while sweeping up shards of the glass that was accidentally knocked over by the defiant teen who poured himself the milk that he’d been told he couldn’t drink right before the dinner that should have been served to the company who’ve been loitering around the rutted remains of a cheese ball for the past hour.  And even though that mother isn’t you, it’s strangely comforting to know that she, at least, is having a nice day.

But the “5 o’clock somewhere” saying is more than a soothing thought or a bon vivant’s motto.  It has special significance for Catholics, to whom the Holy Sacrifice of the Mass is vital.  Back in the days before there was such a thing as www.masstimes.org, Catholics relied on a Mass Clock to tell them where in the world Mass was being celebrated at any given hour. The Mass Clock could be an actual clock with a world map on its face and names of countries corresponding to the numbers.  More often, however, it was a simple chart giving the information that would allow Catholics to unite themselves at any hour of the day or night with the Holy Sacrifice of the Mass.   The recommended “prayer for every hour” is this:  “Eternal Father, through the Immaculate Heart of Mary, I wish to unite myself with Jesus, now offering His Precious Blood in (name of country) in the Holy Sacrifice of the Mass for the needs of Holy Church, the conversion of sinners, the relief of the souls in Purgatory, and for the special grace I here implore.”  According to the Mass Clock, there are four chalices lifted up every second, for a total of 300.000 Masses offered every 24 hours.  How awe-inspiring is that?

If attendance at daily Mass is an unattainable ideal, try using the Mass Clock as a means of enabling your family to participate in the Holy Sacrifice. If more Catholics regularly unite themselves to Jesus in this way, imagine the benefits, not only to their own families, but to the entire world. After all, Saint Pio of Pietrelcina said, “It would be easier for the world to survive without the sun than to do so without the Holy Mass.”