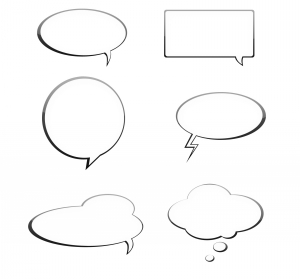 Recently I was questioned by a friend how my husband, Robert and I had come to terms with a decision one of our daughters had made.  It wasn't a life changing decision, just one that led us to several discussions, prayers and analyzing our Catholic faith to determine the moral outcome.

In having to formulate an answer to my friend, the realization of the blessings our family has always had in the gift of open communication really hit me.  Many teens would first make the decision on their own and then show up to deal with the consequences, hoping their parents would approve or at least not disapprove too greatly.

We have four children ranging in age from 23 to 17.  They were always very active in the community and in our parish.  In other words, they were very involved in the world.  Somehow though, they have never subscribed to the ideas of the world.  They love life and every adventure it has to offer.  But they love their faith and the God we worship even more.  Robert and I often sit back and wonder how we are so lucky to have raised such great young adults.  First and foremost, it is by the grace of God, specifically the graces given in the Sacrament of Marriage.

Second, though, I think it has something to do with the continual conversations had in our home.  Robert and I were both raised with the "because I said so" idea.  This isn't all bad because we have to learn to adhere to authority.  But we, for some reason, always felt that our children, by their own dignity, deserved an explanation.  It's obvious when a child is being outright argumentative for the sake of arguing.  This behavior is downright disrespectful.  But when our kids asked, "why?" for the sake of understanding, we felt that they deserved an answer.  Plus, this is an opportunity for growth.  Sometimes our discussions would go for longer periods of time, dragging us into deep theological discussions.  Those were, and still are, the best!  To be able to work together as a family trying to find what the Church teaches on any given issue is exhilarating.  My son had a friend over for dinner one night when he was still in high school.  After dinner it's not uncommon for everyone to push their chairs back and just talk, about anything, for an hour or so.  This one night, the friend said, "Do y'all sit and talk like this all the time?" We all laughed and told him we did, adding that most people might think it's a waste of time.  But this young man was truly impressed.  Another friend of our son was over when my son and I got into one of our discussions on the moral answer to a particular issue.  It was clearly a disagreement between the two of us in the beginning, but with great effort in talking through it and even grabbing the Catechism, we came to a decision of what the Church would say on this issue.  This young man later told our son that he couldn't believe we would spend that kind of time discussing something, but that he thought if the parent said it was a certain way, it just was and there was no discussion to be had.  He was impressed that together we dug until we found the moral answer.

Communication, true communication, is so important in the family.  Now as young adults, our children still come to us asking, "What does the Church teach on ....?"  Together we dig for the answer and discuss it until we all understand Her teaching.  What great memories this has given our family and what a great bond we have in knowing we can always go the Church to find the answer.

When those munchkins ask, "why?" maybe try to give the answer why instead of the "because I said so" line.  It makes for great discussions, laughter and bonds that will last forever.