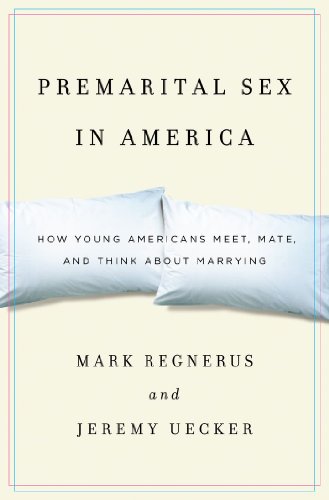 More than a Facebook relationship status, “it’s complicated” sums up the ambiguity, fluidity, and contradictions experienced by “emerging adults” in America – at least when it comes to sex and relationships.

But what does it mean? In their outstanding new book, Premarital Sex in America: How Young Americans Meet, Mate, and Think about Marrying, Mark Regnerus and Jeremy Uecker provide some answers.

It’s a troubling story, rife with contradictions. And unless something changes, the present behavior of the majority of emerging adults may sabotage, rather than secure, their aspirations for future happiness, marriage and parenthood. That’s especially so for women.

Regnerus and Uecker quickly dispel the Guttmacher notion that there’s nothing new in today’s patterns of premarital sex. (In 2006, the Guttmacher Institute published a study claiming that premarital sex is “near universal” and was so even for our grandparents.) Yesterday’s premarital sex was generally “pre-marital”—sex before marriage between two people who did, in fact, get married to each other.

Today’s premarital sex is typically not pre-marital and may occur pre-relationship or with no-relationship. It almost certainly occurs with a succession of partners, well before marriage enters the picture.

The first few chapters of Premarital Sex provide a candid snapshot of the sexual behaviors of emerging adults—who, what, when and how often. The picture conveys a timeless truth: women are the “gatekeepers” in sexual matters. Men generally want sex far earlier in relationships than do women, so sex begins when women are willing.

But sexual decision-making, the authors contend, occurs not in the “simple arena of conscious choice,” but in the context of two highly influential factors: “sexual scripts” and the sexual marketplace.

Gender imbalance drives down the ‘price’ of sex. Women ‘compete’ for men who typically want sex earlier and more often than women do. And the willingness of substantial numbers of women to provide sex in exchange for minimal commitment changes the sexual economy for all women. As a result, the authors say, “[Y]oung women often feel like they have to bargain sex for relational stability.”

In addition, a variety of ‘sexual scripts’ heavily influence the choices young adults make. What’s a sexual script? It’s a narrative proposed by peers, parents, media, faith, politics, or others that indicates how sexual relationships should unfold.  It defines what’s “normal” and what’s not, as well as the expected timing and commitment levels (if any). Often implicit, these scripts strongly influence the sexual decisions of young adults, even when those scripts run counter to the individual’s professed values.

So that’s the theory, but what does it mean in terms of actual sexual behaviors and attitudes? In Chapter 3, one of the most valuable chapters in the book, the authors take us “Inside Sexual Relationships” and unpack the ways that emerging adults begin, conduct, and end relationships.

Although 92% of emerging adults claim they want love and romance to precede sexual involvement in a relationship, a substantial number nevertheless pursue sex simply for the sake of sex. Young men report that 29% of their sexual partners were “non-romantic” liaisons, while 18% of women’s encounters are strictly sexual. (Women may be more likely to perceive sex as a romantic encounter – a perception not always shared by their partners.) Two-thirds of “non-romantic” sexual relationships end within a month.

Stories about young people “hooking up” for sexual encounters – not necessarily intercourse – magnify the frequency and extent of this practice, particularly on college campuses. Reality matches the sensational headlines most typically among young adults who don’t attend college or in fraternity circles at elite, private universities.

Indeed, relationships are stunningly short. Young adults report that 14% of their past romantic relationships were over and done within a month (shades of high school), over half ended by six months, and just 24% made it to the one-year mark.

It adds up to the new relationship paradigm: serial monogamy, i.e. one partner at a time (keep your total private, please). Exclusivity within the relationship matters greatly to this cohort, at least for now.  While they generally hold non-judgmental perspectives on their peers’ sexual behaviors, cheating draws consistent condemnation. (Skeptics may wonder whether a sequence of short, minimal-commitment sexual relationships can build the habits needed to honor a lifetime vow of fidelity.)

So how well does serial monogamy fulfill the expectations of young adults? The authors’ data reinforces an idea that feminists have long resisted: men and women perceive their sexual encounters differently. Women are much more likely to express sexual regret and, for women, “sex is largely unwanted apart from an emotional connection.“ This raises its own question: what’s the emotional impact on women when they repeatedly make – and break – intimate emotional connections?

In Chapter Five, “No Strings Attached? Sex and Emotional Health,” Regnerus and Uecker offer convincing data and a cogent analysis of how sex, break-ups, abuse, and abortion affect men and women emotionally. The bottom line: women are much more likely than men to experience diminished emotional health because of their past sexual relationships.

Further, the more “lifetime partners” a woman has, the more likely she is to be depressed and show signs of poor emotional health. Not so for men.

The authors conclude that, “a sustained pattern of serial monogamy – implying a series of failed relationships – hurts women far more than it hurts men.”

Women, however, often fail to recognize the damage done – to emotional health or their aspirations for real, meaningful commitment. On the contrary, many young women believe that sex will spur greater commitment from a partner. Instead, sex generally destabilizes those relationships, producing uncertainty, insecurity, and even less commitment.

And while emerging adults envision marriage on the far horizon, across the wide ocean of sexual experimentation, travel, education, cohabitation and financial stability, it’s not yet clear how a decade (or more) of practicing sex without commitment will affect their success in marrying, and staying married.

In their final chapter, “The Power of Stories and Ten Myths about Sex in Emerging Adulthood,” Regnerus and Uecker sound a cautionary note. They list 10 myths generated by the most popular scripts – myths that many of our young people hold as gospel truth. (Readers who want a quick way to cull the most important points from the book’s extensive data might want to begin with these 10 myths.)

My only criticism with this excellent work is the authors’ failure to mention the influence of Planned Parenthood, the abortion lobby, and the reproductive rights movement in marketing the master narrative of sex disconnected from love, marriage, fidelity, and children. The authors note that peers, parents, and media are the top transmitters of sexual scripts.  True enough.  But the scripts they transmit don’t emerge from thin air—they reflect the values and messages crafted and promoted to benefit the ‘reproductive rights’ industry, which has spawned our present culture of death.

Still, I consider this book an indispensable resource. Excellent depth. Striking clarity. Premarital Sex in America: How Young Americans Meet, Mate, and Think about Marrying is a must read for anyone who cares about the future of marriage and the well-being of the next generation.