A Biblical Basis for Life 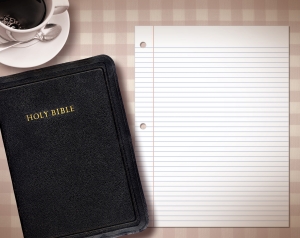 Many Christians (and some Catholics) attempt to cite Scripture to justify their use of artificial contraception saying that the Bible has nothing to say on this topic. I agree that nowhere in the Bible are the actual words “birth control” (since this term was first coined by Margaret Sanger in 1914). However, Scripture does have a lot to say in support of the 2000-year Catholic teaching which states that the use of contraception and non-life-giving behaviors is immoral. Fertility and children are always seen as a blessing.

Genesis 1:27-28: “And God created man in His own image, in the image of God He created him; male and female He created them. And God blessed them; and God said to them, Be fruitful and multiply and fill the earth, and subdue it; and rule over the fish of the sea and over the birds of the sky, and over every living thing that moves on the earth.”

Psalm 127:3-5: “Behold, children are a gift of the Lord; the fruit of the womb is a reward. Like arrows in the hand of a warrior, so are the children on one’s youth. Blessed is the man whose quiver is full of them; they shall not be ashamed, when they speak with their enemies in the gate.”

Psalm 139:13-14:  “For You created my innermost being; You knit me together in my mother's womb. I praise You because I am fearfully and wonderfully made.”

Deuteronomy 7:13-14: “He will love you and bless you and multiply you; He will also bless the fruit of your womb and the fruit of your ground, your grain and your new wine and your oil, the increase of your herd and the young of your flock, in the land which He swore to your forefathers to give you. You shall be blessed above all peoples; there will be no male or female barren among you or among your cattle.”

The clearest indication that birth control and non-life-giving behaviors are immoral is the following passage about Onan, whose brother, Er, had died before he was able to father a child. Onan was being asked to follow the Levirate Law, which commanded him to have intercourse with his brother's widow.

Genesis 38: 8-10: “Then Judah said to Onan, Go in to your brother's wife, and perform your duty as a brother-in-law to her, and raise up offspring for your brother. Onan knew that the offspring would not be his; so when he went in to his brother's wife, he wasted his seed on the ground in order not to give offspring to his brother. But what he did was displeasing in the sight of the Lord; so He took his life also.”

The Levirate Law was in place in order to preserve the family line.  If a man refused to perform his duty, his sister-in-law could strike him in the face with his sandal. The death penalty was never involved.  God considered this incident more than a refusal of duty. It was such a serious offense that God killed Onan.

The following excellent article by Fr. William Saunders is an extensive list of the contraceptive references in the Bible: