Are the Latin Mass and the Tridentine Mass the Same? 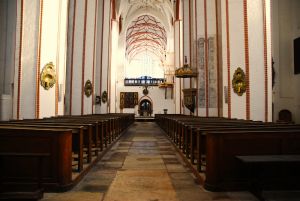 The Tridentine Mass takes its name from the Council of Trent (1545-63), which had called for a modest revision of the Roman rite. It was seven years after the Council Fathers had disbanded that Pope St. Pius V authoritatively issued the missal that would reflect their concerns. Informally known as the Tridentine, the missal does not so much as initiate any new practices as codify a tradition of worship which had been developing organically in Rome and other parts of Europe since the 300's. The "Tridentine rite" is therefore more properly called the old or traditional Roman rite. The last edition of its missal was published in 1962.

The differences that we have lost during this transition is the sacredness in our culture..or maybe even in the world. No longer to we step into a place where we remove our hats, drape on a veil, and make sure we didn't eat or drink anything for at least an hour prior to our arrival. No longer do we get to come to Mass early and hear pin-drop silence in respect for those early in the pews praying and in respect for the presence of Christ in the tabernacle.

The upcoming revisions to the Roman Missal is a return to the basics with a closer Latin translation to capture the true sense of the liturgy.  A return to the vertical focus of man reaching up to God as we did prior to the 1969 changes.  These changes will help guide the believers in the pews to a deeper relationship with God and the acknowledgement of our fallen nature. We have come so far from this to the point that we have lost the respect for the Mass and why we are there.  It is my opinion  that if you want the next generation to stay Catholic and those falling off to remain in the pews, we need to experience a renewed love for the Mass and what Christ did for us 2000+ years ago.  With these revisions we can accomplish this and give back to the people of  God a much needed relationship and possibly the deeper you go, the longer you stay. If we continue to teach watered-down catechesis, conduct shallow Mass celebrations, and let the gum-chewers gnaw away like camels in the pew without a word from the pulpit, we will continue see the swinging door working both ways.

More on these revisions as I progresss through my online course.

The vernacular or Novus Ordo Mass vs the Latin (Tridentine) Mass is no different in it's purpose of celebrating the Eucharist and the worship of God and passion of Christ.  The differences between the Tridentine Mass and the Novus Ordo Mass, which is what the everyday Catholic is used to, first obviously is that Latin is used and there's only one Eucharistic Prayer along with the Gregorian Chant that takes the place of spoken prayer. During the Novus Ordo, or ordinary vernacular Mass approved by Pope Paul VI in 1969, there are 6 Eucharistic prayers designed for different needs, ordinary time, funerals, feast days, etc. and the language of the people is used.  The only changes that are widely known are the physical changes with the communion rails being removed, the altar coming off the wall and placed in the center of the alter with the priest facing the community.  Most of these changes are not from Vatican II documentation at all, but came with the vernacular for some reason.

Get Me to the Church on Time! MassTimes.org App Review
Read
Mass Confusion -- Massively Funny
Read
Preparing for Mass with The Mass Box for Children!
Read