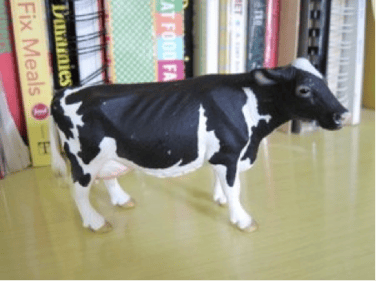 Well, it started off as a great day.

My little boy Matthew and I spent the morning doing some mother-son bonding.  We went to his favorite toystore, where he played with the train tables that are set up for the enjoyment of the under-six crew.  On our way out I told him he could choose an animal from the display near the front door.  Our family has now increased by one cow (named, according to Matthew, "Cow").

We stopped at the supermarket, picked up a few items, then had a lunch at the park  under a big shade tree.   After some climbing and sliding on the huge play structure, I gave my little guy the five-minute warning.  I was almost out of time on my parking meter.  But we'd make it, right?  And if we were a minute or two late, what are the odds that the meter man would happen to find our car, out of all of the hundreds in the big old downtown?

We were standing across the street from the car, waiting for the light to change, when I saw it: the insidious little meter vehicle hanging out just alongside my car, with a man sitting in it, bent over his little touchpad thingy.  You’ve got to be kidding me, I thought to myself.  I'm like five minutes late; seven at most. I hoped that if I got over there before he'd tucked the ticket under my windshield, I might be able to tug at his sympathy.  I'm not the type to bat my eyelashes to get out of a ticket -- never have been, really -- but I figured that maybe if he saw me walking along with an adorable little boy wearing playground dirt on his face, that maybe, just maybe, some generous instincts would prevail.

As I opened the door and got Matthew into the carseat, the meter man came over towards me.  "I'm here now," I said, somewhat hopefully. "Is it okay?"

"No," he said, tucking the envelope firmly under the windshield. "You're too late."

I thought of saying something in response.   Oh, but I was only five minutes late -- seven at the most. Perhaps I could go with We would have been on time, but my son does not walk very fast with these short tired legs of his. Or perhaps, Come on, you heartless automaton.  I'm just a mom giving my son a fun day out and you are going to totally ruin it with your stupid, ridiculous ticket.

But some part of me decided that arguing back just wasn't the thing to do.  Because, after all, I was late.  The meter was red.  When you park at a meter, you know the rules.  And some little part of me realized that maybe, even though my son is only in preschool, this was a chance to show him what it means to accept that you have made a mistake and to take responsibility for it.

I think my experiences as a high school teacher come into the picture here.  So often, I'm in the place of that meter guy, with students (yes, or parents) who accept the rules and policies in advance and then later try to argue their way around them.  Frankly, it happens all the time.  And it drives me nuts.  And I guess I don't want my son to see his mom trying to manipulate or guilt-trip some city worker who is, after all, just doing his job.  Sure, there is a place for clemency in life;  if there are big extenuating circumstances, I have been known to cut  my students a break.  I won't deny that some mercy from the ticket guy would have been nice.  But still, I can accept the fact that I was at fault.  I can take responsibility.  I can even be graceful about it, more or less.

So in addition to a cow and some nice playground memories, I came home with a $35 dollar fine.  That, frankly, is painful.  But I also came home with a little bit more clarity about what kind of mom I want to be, and what kind of men I want my boys to be, and how the one influences the other.  I learned that sometimes you just need to grit your teeth, hold your tongue, and woman up.

And next time, I will leave the park with a lot more time to spare.

The School Parking Lot
Read
CNMC Virtual Ticket - Next Best Thing to Being There!
Read
Win FREE Tickets to "The Identical" Movie
Read