The Help: A Story of Feminine Genius - Movie Review 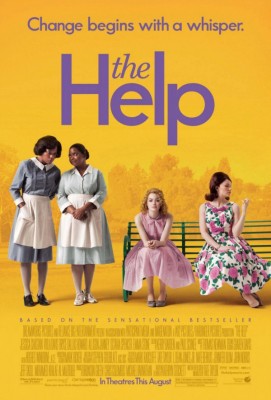 Only once or twice a year does a movie come out that I get excitedly giddy about because the message it has is so in your face without really being in your face.  The Help, starring Emma Stone, is just such a movie.  It is set in the early 60’s in Jackson, Mississippi, a thriving town of just over 100,000 people where all the “dignified” ladies had “colored” maids, as the movie identifies them.

This movie is about women finding their true dignity as women.  Skeeter, played by Emma Stone, is the main character.  She has just returned from college with a degree in journalism and wants to be a writer.  She jumps right back into her old group of friends who all have nice homes, husbands and babies and maids to take care of it all so they can volunteer in the Jr. League and look good.  Skeeter, however, sees a story in the lives of the women around her. She wants to reveal the lives of the help from their perspective.  Her research reveals much about the dignity of the women of Jackson.

Aibileen is the most prominent of the maids in the movie.  She has raised many white girls that have become the bosses of the maids.  In the beginning of the movie, Aibileen tells the adorable little girl she is raising, “You is kind, you is smart, you is important.”  She shares with this little girl the message of her “girl genius”, a teaching of Blessed John Paul II.  She never tells her she is beautiful, or lovely, something her mother is embarrassed about because of her pudgy toddler belly. Aibileen recognizes the dignity of all the women around her except her own.  She learns to find strength in her own “feminine genius” and finds the courage to do what she needs to do.

Minny is another wonderful maid who finds her own dignity when her new boss befriends her.  She sees her own strengths and uses them to help her new boss, Aibileen, Skeeter, and eventually her own children and herself.

Celia, whom Minny works for, is an outsider in Jackson and not well received.  She is ostracized just as the working ladies are, and Minny realizes her pain.  Celia, who is represented as the Marilyn Monroe of her time, pouts when she is rejected by the Jr League ladies.  Minny tells her, “Quit feeling sorry for yourself.  That’s ugly.”  Her message to Celia is that her behavior is beneath her dignity and she needs to stand up and be the woman she was created to be.

The antagonist of the movie is Hilly Holbrook.  She is the leader of the jr. leaguers and rules the roost.  She is seen as a “dignified” lady by society when truthfully she, like all the young women were raised by the help with no interaction, acceptance, and love of their biological mothers. Imagine the pain in the hearts of these young ladies to have never been approved of by their own mothers.  She attempts to rise above the pain in her heart by becoming a haughty, selfish, calloused women; all adverse characteristics of our femininity.

Skeeter’s mother, Charlotte, is all about getting her daughter married off.  She is strong, fighting cancer while continuing to live a happy life by not giving up on life.  However, she ignores the feelings, relationship and dignity of her own maid at the insistence of another “dignified” lady.  She too returns to  her own dignity after her daughter writes her book about the lives of the maids, divulging stories of great scandal. She tells Skeeter, “Courage sometimes skips a generation.  Thank you for bringing it back to our family.”

Skeeter  is definitely the star of the show, maintaining her feminine dignity throughout the movie. She desires, as all the young ladies in the movie do, to get married and have a family.  But she is in no hurry.  She has just graduated from college, something not common for the young ladies of Jackson in the 60’s, and is ready to begin a career as a journalist.  As she conducts her research her female heart reaches out to those in need of love and acceptance.  She is the woman Blessed John Paul II thanked in his Letter to Women when he wrote, “…I cannot fail to express my admiration for those women of good will who have devoted their lives to defending the dignity of womanhood by fighting for their basic social, economic and political rights, demonstrating courageous initiative at a time when this was considered extremely inappropriate, the sign of a lack of femininity, a manifestation of exhibitionism, and even a sin!”  Her defense was against those women who thought they were the dignified women of Jackson.

The Help is an invigorating, inspiring, encouraging and enlightening movie of the feminine heart.  The message is that at the foundation of a woman’s heart is love, love that recognizes another human as a person of dignity, not just efficiency and productivity.  The Help reveals our “feminine genius”.

A Feminine Perspective on the New Evangelization
Read
The Holy Spirit, prayer, feminine genius and teens
Read
Feminine Genius: Who, Me?
Read