All The Bad Parents Out There, Raise Your Hand 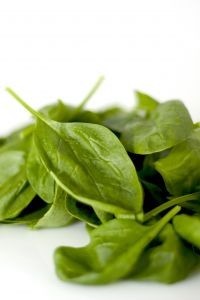 Editor's Note: We congratulate our friend and CatholicMom.com family member Marybeth Hicks on the launch of her latest book Don't Let the Kids Drink the Kool-Aid. Look for a full book spotlight interview with Marybeth coming soon! LMH

Ok, fess up. Are you a good parent or a bad one?

Last week, bad parents were all over the news, so if you weren’t plastered throughout the media for pouring hot sauce down your son’s throat, shaving your daughter’s head for lying, or otherwise terrorizing the little ones in your care, you’re not as bad as some.

The story that typifies bad for me bore this headline: “Brother and sister sue mom; claim emotional distress and bad parenting.” That’s right. They sued their mom.

Siblings Steven and Kathryn Miner, now 23 and 20, respectively, filed suit in 2009 claiming their mother, Kimberly Garrity, caused them emotional harm because of her poor parenting.

Examples of her mistreatment included refusing to buy a new dress for her daughter’s homecoming dance, sending an “inappropriate” birthday card to her son that did not contain money or a check, and not sending care packages to him while he was away at college.

(Excuse me for a second. I have to interrupt this column to call my lawyer and file suit against my 81-year-old mom. If I recall correctly, she made me eat spinach.)

A little family history about the people in this story: Ms. Garrity divorced the children’s father, also named Steven Miner, in 1995. Mr. Miner, an attorney, raised the children in the lavish Chicago suburb of Barrington after their parents’ divorce. They grew up in apparent privilege in a home valued at around $1.5 million.

Mr. Miner claimed he opposed the idea of the lawsuit and tried to talk his children out of it. When they insisted on going forward, he apparently then did the legal research and justified their legal action as a lesson in “accountability.” He even served as one of their attorneys.

The lawsuit made its way to an appeals court in Illinois before being dismissed this week. Unfortunately, Mr. Miner and his clients were not slapped with fines for filing a frivolous case, or for using the court system to act on their bitterness toward Ms. Garrity, though it looks to me as if that would have been warranted.

Instead, the state appeals court said deciding the case “could potentially open the floodgates to subject family child rearing to … excessive judicial scrutiny and interference.”

If this case is obnoxious in the extreme, it also is true that Americans seem to need outlandish examples of bad parenting to know what it looks like.

Well folks, look no further than Mr. Miner, bad dad of the year.

According to media accounts, Mr. Miner’s children have lived with him since his wife left him in 1995. That means for 16 years of their young lives, he has been the primary parental influence on their values and behavior.

If parenting can be judged (and it can’t always) by the character and values instilled in our children, Mr. Miner’s parenting constitutes an epic fail.

Even if their mother abandoned them in their childhood, allowing and assisting in a lawsuit against her will prove to be an equally deep emotional burden.

He could have encouraged them to be magnanimous in the face of their disappointments, but instead he taught them that their narcissistic self-absorption required others to respond to their selfish desires.

Suing your mom because she didn’t spoil you strikes me as evidence that the person most involved in the upbringing of these young people simply didn’t get the job done.

Oh, and since my mom will read this, I was kidding. I love spinach. Thanks for making me eat it.