Why We Don't Have a TV Show 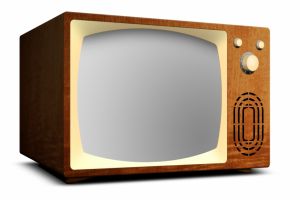 Every once in a while, when I meet someone new and they learn that I have ten children, they ask, "So why don't you have a television show like the Duggars?"

Most recently, there is a poised polished mother of eight who serves as a spokeswoman for the local Giant grocery store.  As such, the question was floated out by one of my own children, "Why isn't that us?"

Why isn't that us?  I didn't answer.  But I thought about it afterwards.

Why isn't that us?

Ummmm.  I'm not that organized?

I don't want to document my parental errors with indisputable film evidence?

Went shopping at Safeway because they have the inside Starbuck's where I can slum and get a hot chocolate?

Currently our kitchen table is covered with pumpkins, a plastic skull, a box of markers, and a shoe.

Visualizing being immortalized cleaning the kitchen with my shop vac.  bleah.

My kids think ketchup IS a vegetable.

We'd have to use the good plates.

Not sure I could bribe the finicky eater not to say, "Ewwww! We're eating that?".

The mountain of unsorted socks is a deal killer.

I'd have to organize the pantry so it looked photogenic.

Three children began chasing each other around the dining room screaming lines from "My Little Pony." and they're all Pinky Pie.

So we will not be doing commercials children.  That fig leaf of dignity that the virtual world affords, this blogger intends to keep.

Why I Don’t Engage in Mommy Wars
Read
Don't Play God
Read
When We Don’t Get a Miracle: Lessons from Job
Read