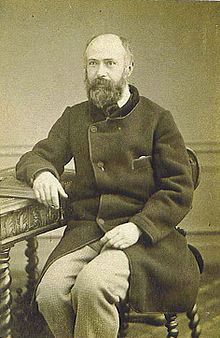 I’m pretty sure I was beaming.  I filled up my travel mug with my Mystic Monk coffee (more on my beloved brothers from Wyoming and their magnificent brew in a few weeks) and was planning my escape to Starbucks, unsure of whether to buy upon arriving a giant chocolate chip cookie or a giant peanut butter cup cookie, leaning, however, toward the latter.  I snapped the lid on my cup as I pictured the little ridges on the miniature peanut butter cups sticking out of the soft dough.  My stomach twisted in anticipation and it was just then when a thought tore to the front of my mind, courtesy of my guardian angel: it was Sunday.

I froze in the middle of the kitchen as my husband was already In the process of taking over for the afternoon while I could go write.  Usually we did this on Thursday evenings, but this week due to an unavoidable circumstance it had to be Sunday.  Immediately, my brain raced into overdrive, desperate to propel my body to the Starbucks bakery display.  I recalled paragraph 2187 from the Cathechism: “Sanctifying Sundays and holy days requires a common effort.  Every Christian  should avoid making unnecessary demands on others that would hinder them from observing the Lord’s Day.  Traditional activities (sport, RESTAURANTS, etc)…require some people to work on Sundays, but everyone should still take time for leisure.”

Whew!  That was close.  Good thing I had my heart set on going to a restaurant, and I resumed preparations for my departure—oh sweet cookies!  I am coming!  I turned off the coffee pot and picked up my mug to leave when I stopped again in the middle of the floor, this time a detail from Blessed Louis Martin’s life came to mind: though given permission by his spiritual director to keep his shop open until noon on Sundays, Louis freely chose not to use that permission, “preferring instead to lose business” rather than be employed on Sundays.  I sighed.  Louis, a man of great faith, a great hope in God, and a great lover of the Lord’s Day, I decided, would not have gone today to Starbucks where a team of four people would prepare his cup of coffee--though it be allowed.  Would I really be honoring his memory by writing about him there today?

I lowered my head, walked past the front hall, and trudged upstairs to our bedroom.  I sat down on the floor and leaned back against our bed as the bedframe both dug under and pushed up my shoulder blades.  I laughed because I was so uncomfortable.  And so happy.  Some friends these Martins have turned out to be.  I opened up The Father on the Little Flower by Celine Martin and turned to the second section entitled, “Faith—Hope in God”.

Celine makes it clear that her father was most certainly a man of contemplation, accustomed to placing his hope firmly on the promises of God and not on the trappings of our earthly existence.  She writes that she and her sisters would often find their father gazing out the window with “an expression of heavenly happiness”, deep in contemplation, often chanting a favorite quote of his: “Ego ero merces tua magna nimis,” or “I am thy reward exceeding great” (Gen. 15.1).  The titles in the Martins’ libraries reflected this desire to meditate upon the eternal, as Celine writes, “At the Pavilion of Alencon, as in the Belvedere of Lisieux, there were only books dealing with the things of faith,” and her parents often talked about heaven and eternity.  Eschewing the comforts of this world in favor of the glory of the next, Louis often made penitential pilgrimages on behalf of his family or country.

Blessed Louis was greatly devoted to the Five Wounds of Christ, and Celine writes, “Everything which referred to Our Lord touched him deeply.  One Christmas Day towards the end of his life he said to Sister Agnes at the Carmel parlour: ‘A little Child!  a Babe!  Ah! how can a person not be drawn to love the good God who so annihilated Himself!  A babe is so lovely!”

Louis’s faith in God led him to act boldly on His behalf on several occasions, as Louis sought to impress Our Lord instead of his neighbor. “Human respect did not affect him,” writes Celine, “ on the contrary, he took a kind of pride in proclaiming his religious opinions.”  Once, when a group of pilgrims from Lourdes was being taunted by a crowd, Louis “went to the head of the frightened group and, wearing a large carved wood rosary around his neck…passed boldly through the midst of the crowd which stopped jeering and quickly dispersed.”  On another occasion, as a Procession of the Blessed Sacrament was passing through the streets, Louis “tipped off the hat of an individual who through bravado would not take it off”.  Also, Celine writes, “He could not endure to see Mass-servers careless and forgetful of their duties.  I was surprised one day to see him get up at the Consecration of the Mass and go up himself to ring the hand-bell, which happened to be placed near the congregation, when the boys neglected to do so.”

As mentioned earlier, one of the most overt ways in which Louis’s faith manifested itself was through his strict observance of the Lord’s Day.   On September 29, 1875, Zelie, Louis’s wife, wrote to her sister-in-law: “Very often I admire the strictness of Louis, and I say to myself: ‘There’s a man who never tried to amass a fortune.’  When he was starting a business, his confessor suggested to him—so he told me—to open his jewelry store on Sundays until noon.  But Louis never wanted to use that permission preferring rather to lose business.  In spite of that he has become rich.  I can attribute his comfortable financial position to no other cause than a special blessing of God, a result of his faithful observance of Sunday.”  Celine concludes this section by writing, “I notice that I frequently employ the words ‘never’ and ‘always’.  That is because our father had in all moods and tenses, so to say, a military uprightness.  His virtues never swerved; they followed tracks firmly fixed in the ground without any possibility of being upset one way or the other.”

I finished the section.  My bottom was numb and I was still thinking about those cookies.  And I marveled at the awesome power of Our Lord and the incredible efficacy of our saintly friends’ intercession that obtain for us the grace to obliterate the selfish desires that keep us from truly being one with Him—the grace to annihilate ourselves.