The Heart of Mary 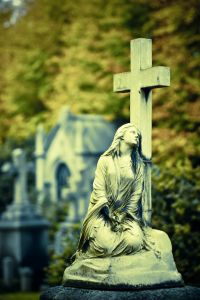 One of the most exciting phone calls I ever received was from an anti-Catholic Baptist who had convinced her husband to leave the Catholic Church. She was calling to tell me that the chapter on Mary in my book, Catholic Truths for Our Children, had opened her eyes. Her mother-in-law had given her the book. The reason this phone caller’s eyes were opened is that when confronted by Scripture, she realized how Biblical it was to go to Mary, Our Mother and the Mother of our Lord, Jesus Christ. Not only was the caller signing up to take RCIA classes, but her husband was also returning to the Church with her.

Tradition of the Queen

Seeing Mary through scripture changed everything for this caller. Many Protestants and even Catholics don’t realize that the devotion to Mary is grounded in the Old Testament. Being from the house of David, it stands to reason that Jesus and Mary would follow the same tradition. And the tradition was to go to the Queen with all requests and she would bring them to the king. Since the kings had more than one wife back then, the Queen was always the king’s mother.

Honoring Mary is supported extensively through Scripture, but let’s take a look at the very first miracle performed by Jesus. Jesus is the King of Kings and Lord of Lords. His mother (who would be the queen according to Old Testament tradition) asked Him to help when the wine had run dry at the wedding of Cana. He honored his mother’s request and performed a miracle. This is monumental—the first miracle. And yet, it seemed an almost inconsequential reason. After all, the other miracles included physical healing, raising from the dead and feeding a crowd of thousands from a few loaves of bread and fish. I once heard a priest say: “It wasn’t even a good miracle. How many weddings have you been to where the guests had drunk all the wine? Did they really need more?”

So, why was this the first miracle? Surely God is showing us something very important here about the relationship between Jesus, his mother Mary and us.

Union with the Father

I recently heard a unique perspective on this first miracle from Msgr. John Esseff, a diocesan priest in Pennsylvania. He includes Mary in everything he does. Here is his explanation as to why you can’t go wrong when you put your life in her hands.

My understanding of Mary is that her relationship with Jesus is powerfully reflected in the Gospel of Luke when at twelve years old, Jesus was lost for three days. Mary’s heart was painfully searching for him. “When his parents saw him, they were astonished. His mother said to him, ‘Son, why have you treated us like this? Your father and I have been anxiously searching for you.’

Jesus is always in tune with the Father’s will. When he hears, his Father say to him, “I want you to remain in the temple,” he stays. When Mary hears Jesus say, “Did you not know I must do the will of the Father?” she begins to understand the will of God being done in her son. Mary sees how perfectly Jesus is in tune with the Father. The next time we hear of Jesus and Mary interacting is at the wedding feast at Cana where Mary is aware that the wine has run out. I believe that Mary asked the Father what to do about it. He told her to go to Jesus. The story is recorded in John, chapter 2.

“When the wine ran short, the mother of Jesus said to him, ‘They have no wine.’ And Jesus said to her, ‘Woman, how does your concern affect me? My hour has not yet come.’ His mother said to the servers, ‘Do whatever he tells you.’ Now there were six stone water jars there for Jewish ceremonial washings, each holding twenty to thirty gallons.
“Jesus told them, ‘Fill the jars with water.’ So they filled them to the brim. Then he told them, ‘Draw some out now and take it to the headwaiter.’ So they took it.

“And when the headwaiter tasted the water that had become wine, without knowing where it came from - although the servers who had drawn the water knew -, the headwaiter called the bridegroom and said to him, ‘Everyone serves good wine first, and then when people have drunk freely, an inferior one; but you have kept the good wine until now.’ Jesus did this as the beginning of his signs at Cana in Galilee and so revealed his glory, and his disciples began to believe in him.”

God gave Mary the greatest honor inviting her to be the mother of God. The blood of her Son redeems us. Jesus became flesh and blood of her flesh and blood. Our earthly mother gives us life, while Mary, our heavenly mother gave us supernatural life by consenting to the plan God laid before her, to give birth to our Savior and in turn bring Him to us. She gave birth to Jesus for our salvation.

Jesus, told us to follow him and so I do. I am following him by honoring Mary, whom he honors as his mother. Even though I did not learn to pray the rosary until I was thirty, once I caught on, Mary became my friend, confidante and mother. It all began with the inspiration to say a daily rosary due to reading a book on Marian apparitions.

The rosary was the beginning of my journey deep into the Catholic faith. I cannot imagine life without it now.

Through Mary, I am brought closer to Jesus, her son. There are other ways to get there, but going through His mother is the path laid out to us in Scripture so it makes the most sense.