Worthy of a Prince 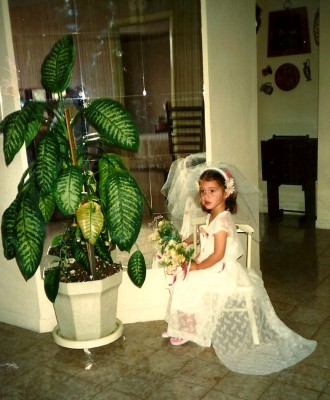 I am not a parent yet, but as a newlywed who very much hopes to have children in God’s time, I often wonder, how can I pass on to them what was given to me?  How can I properly teach them about God’s love, about the Savoir who gave His life for them, about why they should not listen to every TV show, movie, or magazine, because it really is worth waiting until marriage to have sex.  How does a parent make chastity sound cool?

As you read this you might wonder, well, how did your parents teach you about it?  Didn’t that work?  The funny thing is, I am not sure my parents had very much to do with it at all.  Looking back on those angst-filled teenage years with a slightly wiser vision, I see it was all God.  Except, as He often does, He worked through my parents and others around me, even those as far away as the British Isles…to bring me to, readily, lovingly, and decisively, chose to be chaste.

It all started with my name.  My mother named me Victoria and, as a child, I was fascinated by my victorious and British-sounding name.  I was often told, “You know, there was a queen named Victoria.”  This “Queen Victoria” fascinated me and, I spent a great deal of my early adolescence reading dozens of books (and a few People  and Hola Magazines here and there) on the lives of the royals.  It was reading one such book that I came across a tiny British historical fact: to marry the Prince of Whales, a young lady was expected to be chaste, a virgin.

I read this fact at an age where sex had yet to become an issue, although we had already learned all about it in sex education classes at school.  It seemed like something I just was not ready to deal with.  However, being of the literary inclination, I was certain I was an expert on love and charming princes – having read a great deal on the matter.  Of course, there was one such charming prince who stood out among all the rest:  His Royal Highness, Prince William.  He was the love of my life for the better part of seventh and eighth grade and, in retrospect, thank goodness for that.  You see, I knew Prince William would be Prince of Whales once his father became king, and here I had just read that I needed to be a virgin to marry the Prince of Whales. Done, I thought.  I’ll wait until marriage.

Really, it was an excellent plan, considering the fact that I had so much else going against me as far as having a chance of marrying Prince William.  I was after all, at the time, a Catholic “commoner” living in Miami, Florida with no title and no way of getting to England in the near future.  (I have since been to England, but other than that, not much has changed).  The virginity thing was something I did have control over, this was something I could choose, and if it helped me marry the prince, why not?

Now, you may think, well that’s a great beginning, but how did you hang on to the choice when you realized you would not marry Prince William?  How did it survive high school?  Or, especially, the college years?

The thing is, although I probably did not talk about the role Prince William had played in my deciding to wait until marriage to most my girlfriends at the time…they all new about my being in love with William.  Indeed, my very best friend and I had lengthy discussions over who would marry him many a time.  I never really let him go.  He was the ideal – the one all the other boys were measured up against.  The day he and Kate got engaged I was woken up by a good number of text messages along the lines of, “Now that you’re taken William, finally popped the question.”  As if I had really just missed him!

Call me a hopeless romantic, but I guess I just never let go of the idea that I, Victoria, was worthy of a prince’s hand in marriage.

Looking back at how God so beautifully used people, a historical fact, and a prince to help lead me through the life I’ve lived thus far, to the wonderful man I married, the knowledge that I am loved by Him, is so truly humbling.  The skeptics might say that it was all a slew of coincidences…but I merely smile at that with the certainty that only He who knows me better than any, would have known how to perfectly put all those pieces together.  After all, God definitely knows about my inclination to blue-eyed princes (See husband).

I suppose the answer to my own question about how to teach my kids about chastity is, in some ways, to “let go and let God.”  I can talk to them about my experiences and share my thoughts, try to meet them on their terms (using whatever they are into), but, in the end, it has to be their decision.

And, incidentally, it might not hurt to pray that Will and Kate have a son for my daughters to dream about.

Victoria DeBayle is a cradle Catholic from Miami, FL. She is currently a practicing lawyer, but hopes to be a writer when she grows up. She is actively involved in her parish, St. Augustine's Church and Catholic Student Center where she was president of the Catholic Student Association, and is now currently serving on the Leadership Team of the parish's Young Adults Group. She is also happily married to the blue-eyed prince of her dreams.

The Hidden Princess
Read
Mascara Worthy
Read
Lord, I Am Not Worthy
Read