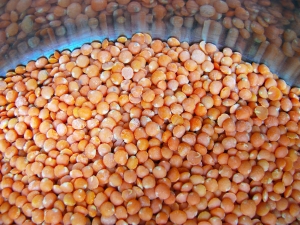 It’s Ash Wednesday and I’m hungry.  In fact, I’ve been hungry ever since last week when I realized that for the first time in five years I would not be expecting or nursing a baby on Ash Wednesday and therefore would be canonically obliged to fast.  Being so dreadfully out of practice and generally bad at it—did I subconsciously plan those pregnancies to miss out on the fasting requirements?—my prayer for today is that God might have mercy on my soul and help me fulfill the fast without buckling and eating my children or their food for the week.  To give Him a fighting chance I sought out fasting tips from the big guns: my Ukrainian friends Alex and Olenka.

Last week Alex and Olenka graciously had offered to have us over and I dreamt for days of that moment that found me curled up next to my husband in their living room with a giant goblet of red wine, eyes closed as I listened to the other three discussing philosophy and casually referring to huge sections of history that I had never learned.  I smiled, so grateful to be there with a drink in hand and a generous platter of prosciutto before me but wishing that I had read more than those few paragraphs of the Summa that I had found on New Advent when I was in high school so that I could contribute to the conversation.  I ate another prosciutto roll then remembered that I had wanted to ask them questions about their Lenten fast.

I had heard from another friend that Ukrainians traditionally follow a vegan fast during Lent, and anyone who could do that for forty days certainly qualified as a master faster in my book.  What I was not prepared for, though, was the extent of their various fasts.  They confirmed that they, too, would be aiming for a vegan Lenten fast, but later they casually mentioned that they hold a vegan fast twice a week on Wednesdays (traditionally held as the day when Judas betrayed Jesus) and Fridays all year round, don’t eat at all on Sunday until after their liturgy which usually ends at 2 p.m., and have three other fasting periods during the year.  As they talked fondly of their favorite fasting foods, like lentils and fish and vegetables, I tried to wrap my head around it all.  I asked them how they did it, and they stressed the importance of planning for the fast properly.  And then they said that you just get used to it.

I didn’t believe them, but it was time to eat so we stood for grace then sat down for Olenka’s beautiful pasta, and my mind reeled from what had been so quickly and nonchalantly revealed to me.  I smiled at our friends and admired their quiet, heroic virtue in keeping their faithful, routine fasts and that of their friends and family who do the same.   As they exchanged a few words in Ukrainian about the meal, I could see behind them their collection of icons on their mantle and knew that they’d been entrusted with a real treasure—their cultural Catholic traditions.

I’m hungry today, but that’s okay.  I know I’m in good company, and I hope I get used to it.