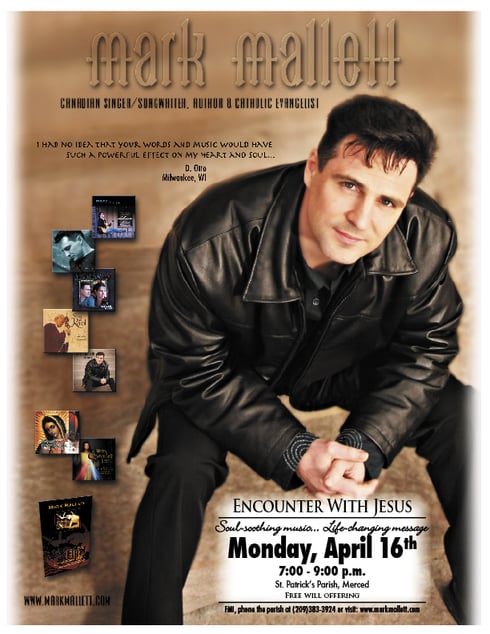 All of life's worries and business can take it's toll. Let Mark's soul-soothing music, life-changing message, Eucharistic adoration and the healing power of Christ restore and rejuvenate your spirit. A free-will offering will be taken.

Singing and playing guitar since the age of nine, Mark Mallett is a Canadian singer/songwriter & Catholic evangelist. Since leaving his career as a successful television journalist in 2000, Mark has been touring extensively throughout North America and abroad giving parish missions & concerts, and speaking and ministering at retreats, conferences and Catholic schools.

He had the privilege of singing at the Vatican and presenting his music to Pope Benedict XVI. Mark has appeared on EWTN's Life on the Rock as well as on a number of other television and radio broadcasts.