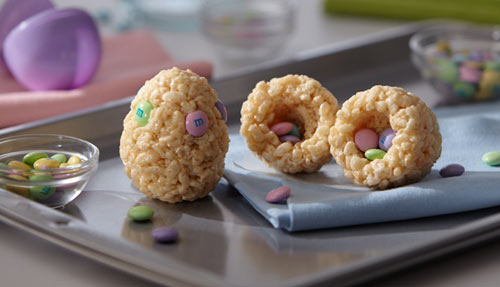 Sometimes people get all grumpy about how eggs and bunnies and candy often muddy the real meaning of Easter. Even though eggs and rabbits are often considered symbols of new life, I can see their point.

But it doesn't have to be an all or nothing proposition.

Check out these two examples of fun Easter crafts. The first one, shown above, comes from the Rice Krispies website. It's a Rice Krispie Treat shaped like an egg, with M&Ms hidden inside. Neat, huh?

The second one is a nifty project from Not Martha. On the surface, it looks like a regular hard-boiled Easter egg: 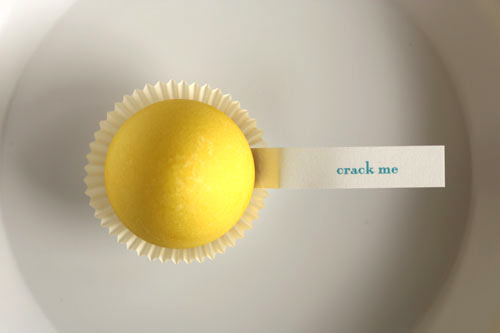 But then there's that curious little message, begging you to inflict some damage.

Armed with the excuse that the egg was asking for it, you get to cracking.

What we have here is a seemingly "secular" combination of sugar and candy and colored eggs.

As well as the perfect metaphor for the real meaning of Easter.

After all, the tomb that some grief-stricken friends found empty one Sunday morning over two thousand years ago was Gods's best way of saying, "SURPRISE!"

Although probably not intentionally, these two projects represent the idea that Easter is the most epic surprise party EVER, thrown for us, by God.