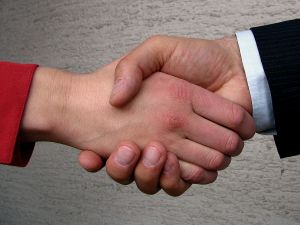 As a young Catholic woman, I have heard countless talks and read plenty of books that go into great detail about how a gentleman is supposed to treat a lady.

As Christian women, we are told to settle for nothing less than true chivalry from the men in our lives. And while it is true that we should expect to be treated with the level of dignity and respect that we naturally deserve, I feel as though many of us miss an important piece of the puzzle during our formation as young Catholic women. We learn how men are supposed to treat us and what we are to expect from them and what we shouldn’t settle for. But in all of this learning about what to expect to receive, what is our proper response?

My fear is that a young Catholic woman’s formation can sometimes boil down to this:

Men are supposed to treat us wonderfully, perform all of these heroic acts for us, and generally feel honored to be in our presence. And in return? We’ll dress modestly so as not to lead them into sin.

Something just does not add up here. As women, we are to expect all of these wonderful gifts and gestures from the men in our lives, and the only thing we are to give in return is often expressed in terms that seem to serve primarily to highlight the man’s tendency toward lust as opposed to a gift motivated simply out of love to show how much we truly care for him.

Of course modesty is important and can be (and most often is) motivated out of love. But I think that a woman’s call in her relationships with other men is to more than simply modesty. In fact, I think modesty is, and ought to be articulated as, simply just one facet of our active reception of chivalry as woman.

To expect something is one thing. To actively receive it is another thing entirely. I think that perhaps many of us woman have (rightly) come to expect chivalry but fail to actively receive it. We know that women deserve to be treated a certain way but we forget that a response is required on our part. And because of this, we often come off as being just plain rude and presumptuous. It’s not that we need to act a certain way in order to deserve to be treated with respect; we deserve respect simply by virtue of the fact that we are women. Likewise, men deserve respect, graciousness, and—yes—protection from temptation when we are able to help, by our dressing modestly.

The most important way to respond to chivalry is to respect it. There are many ways we can disrespect chivalry, but one of the worst is to take advantage of it for selfish reasons. Proverbs 31:30 says, “Charm is deceptive, and beauty is vain, but a woman who fears the Lord is to be praised.” It’s true that our simple charm as women is one of our most powerful tools, but it’s easy to forget that. Be careful not to string guys along if you think they could be romantically interested in you and you don’t feel the same way (and get real; you’re beautiful, and if he’s spending a ton of time with you, of course he is romantically interested in you).

Other ways to respond to chivalry: Don’t forget that “thank you” goes a long way. Yes, we should have high expectations for the way a man should treat us, but that doesn’t mean we are excused from being grateful when a guy does the right thing. In general, just being courteous and eager to serve (as all Christians, regardless of gender, are called to do) is a good way to respond to chivalry.

What are your thoughts?