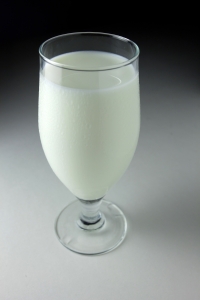 Not too long ago, we had our new pastor over for dinner. The whole family was looking forward to this because Father is outgoing, friendly, funny, and can even be, to my sons' delight, completely goofy. Thus, he has made quite an impression on them ever since he arrived at our parish last summer.

In typical Martha fashion, I wanted everything to be perfect, and drove my family crazy a few days before his visit.  Father does not know this.

My youngest son Paul was especially looking forward to Father coming over. He told all his friends at school. It was like a rock star was coming to our house.

"Why's a priest coming to your house?" some kids asked.

"For dinner!" Paul exclaimed, as if it should have been obvious. "And we're having stuffed shells!"

Stuffed shells, his favorite. There could be nothing better.

When Father arrived, we all sat down in the family room. As Father sat down on the recliner, I fretted that I had vacuumed up every single kitty hair on the upholstery, seeing as he was wearing all black. (You should have seen me with that vacuum attachment earlier in the day. A real Martha.)

I offered Father something to drink, and began the litany of what we had available: iced tea, wine, lemonade, beer, Coke...

"And milk!" Paul offered from where he had plopped himself on the carpet.

"But we do have milk," Paul said earnestly, trying to be a good host. He was adamant that Father know that he could have a tall glass of cold milk, if he so chose. Who wouldn't? After all, it's Paul's drink of choice no matter where we go.  "White milk, please," he will request in restaurants, peoples' homes, everywhere.

I found this beverage offer to Father completely sweet and kind-hearted, and I couldn't resist a glance at Father to see what his reaction was. Bemused, he nodded and smiled in appreciation of Paul's offer.

"Well, thank you Paul," he said ever so kindly, "but actually I could go for a little glass of wine."

Paul shrugged his shoulders. He'd tried. To each his own.  If it had been up to him, he would've had the milk, no question.

It made me think of the innocence of children, and how precious it is.

And how sad it is when it is lost.

In today's culture, it happens earlier and earlier, and as a children's writer, it really hits home for me as I try to counteract the filth and trash that is fed to our young ones. At times it seems like an uphill battle.

Today I signed books at a men's conference for our archdiocese. The speakers were amazing, the Mass beautiful. But I found a common theme as these dads and grandfathers came to my table.  A dad came up to me and I could see the anguish on his face as looked at my books. He told me about his young daughters, and how he was trying to keep their reading wholesome.  He confessed that he finds it difficult to keep his girls that way, especially with the offerings of bad books and movies, and immodest clothing in stores.

"My daughter brought home a book from the library, and the cover looked perfectly decent," he said. "You never would have known from the book jacket that the stuff inside was trash."

I nodded knowingly.  Publishers are clever that way.  Sneaky too. Others, well, they're just out in the open; there's a scantily clad girl on the cover, or a creepy vampire with a bloody mouth. Pretty obvious.

"I tell them no and oh how they complain," the man went on. "Sometimes I have to be the bad guy," he said sadly.

I looked into his eyes and was suddenly filled with immense compassion for this man.  He is a dad. He loves his little girls. He wants to do right by them.

He nodded. "I can't be their friend, I've got to be their father."

"You're doing the right thing," I told him. "They need you to keep it up."

He held up the books I'd signed and smiled.  "Thanks for writing these."

We have to help each other be strong, though.  It's too hard to go at it alone. We have to support each other, encouraging that we are doing the right thing by parenting our children. Our children have enough friends. They need parents, parents who teach them right from wrong, so they can maintain their innocence as long as possible. We all know that innocence goes away with age. It's part of nature, part of being an adult. But childhood is so fleeting. Children have the rest of their lives to be adults. Our children are losing their childhood innocence, and it's terrifying to see.

Stand strong! The precious souls God loves so much are at stake!