Yeah I know I just posted a movie poster with two half naked buff studmuffins on my frumpy Catholic blog. I'm not having a mid-life crisis. I'm trying to show you something. A concept. Picture me wandering in a video store (am I dating myself?) and pausing before this advertisement for Warrior, fully expecting the back cover to read:

My eyes would glaze over and my dainty feet would turn and hasten along the straight and narrow path to the Jane Austen aisle.

How wrong I'd be.

This is the best movie I've seen since... since...

This movie is the reason I will be faithful to movies for the rest of my life, no matter what they do to me. I will never forsake them. Warrior is all I suspected above and yet, it is art.

There I've said it.

I'm not going to rehash the plot and spoil everything. I'm just going to give you enough to hopefully jump start some interest.

It's the story of two brothers (see, studmuffins above) and their father Paddy - played to award-winning perfection by Nick Nolte.

I have seen faces like Paddy's many times in my life. So have you. On it are written... etched... the sins of a lifetime. Indelible. They will be there even in Paradise, as a memorial, like the Wounds of Christ. Sin and Redemption are not pretty. They are terrifying, mysterious, and radiant.

Paddy's adult sons have carried their father's burden all their lives. They have never fully grown out of - or rather broken out of - their ruined childhood. They, who should cling to each other, are divided and estranged.

The setting for the change that must come is a mixed martial arts tournament in which they must fight each other. This is where the far fetched guy/beer entertainment factor comes in. All the while, the interior drama is real. 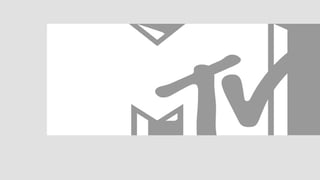 The writer, Gavin O'Connor, appears to be a Catholic. You figure it out from watching the movie and then the above rosary seems to clinch it.

But do not expect Warrior to resemble one of those movies written by Christians and funded by mega-churches that hope to express "gospel values." The only thing it has in common with those is that it's not dirty and does not contain an inordinate number of F-words. (Some. Well placed.) You don't wanna gather the kids around it to feel inspired and hear a sermon. Jesus isn't there to be our cheerleader and lead us to a better, brighter, sunnier place or to notarize our wishes or to dispense worldly favors like a spiritual vending machine. He is there invisibly to do what He does best - to suffer and to put to death the old evil man in us so that we might live.