To Be or Not to Be: True Feminine Strength 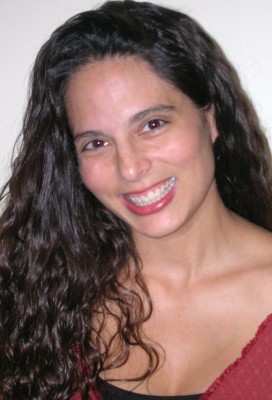 Editor's note: Today, we welcome Becky Bowers-Greene to our family of CatholicMom.com contributors. A busy wife and homeschooling mom, Becky blogs at reclaimingthewomb.com. Please join me in welcoming her to our site! LMH

I was 12 years old when I auditioned for a part in Annie Get Your Gun. The song: Anything You Can Do, I Can Do Better. Having not much of a singing voice (read here, no singing voice) and being one of the “short kids,” I didn’t get the lead. Instead, I was cast as the young brother, Little Jake. It wouldn’t be the last time I portrayed a male figure. My last year of college in my Shakespeare Through Performance class, the professor assigned me the title role in a scene from Hamlet to “challenge my acting ability.”

It was almost two years ago when I was pregnant with my third child and I headed into the gym for a little second-trimester workout. After waddling on the walkway-to-nowhere for a half hour, listening to my mp3, and lip-reading Kathy Lee Gifford on the television (I believe this is referred to as self-inflicted suffering), I meandered downstairs into the weight room.

Accustomed to free weights from my years of gymnastics, I was suddenly overcome by a bout of insecurity. I peered into the mirror, holding my 10-pounders in each hand, and beheld the reflection — it was not that of the buff gymnast that once threw herself with precise freedom into a series of flips and twists that defied earth’s gravity in a whirl of ponytails and pointed toes. It was a pregnant woman, soft — not cut — round in the belly, stick-like in the legs. Dare I say, downright feminine — something, if I’m honest with myself, I once considered to be a four-letter word.

Was this an athlete — a strong woman capable of outperforming the meatheads who pumped iron at the benches next to her?

Pound for pound, this pudgy spud wouldn’t be able to pull-up her away out of a 6th-grade fitness challenge, let alone go head to head with a guy. And while no other woman was in the room at the time, I was sure that any female jock would slam down 10 push-ups before I managed to get into position — a humbling thought when I spent my life trying to be “faster, stronger, and higher” than all the other “girls”… and  boys.

But as I stood in my fully gestating form, performing my bicep curls next to Hans and Franz, lamenting momentarily the loss of what I thought identified me, I received a bit of clarity. As they power-lifted and grunted through their reps, muscles pulsating and sweat beads dripping off their foreheads, I remembered that being trumps doing.

By design, the female body has a capability that far outperforms in both capacity and profundity the bench press of even the strongest man. Never mind that at the time of labor and delivery, the myometrial layer of the uterus — arguably considered one of, if not the, strongest muscle in the human body relative to its weight—will exert between 25 and 100 pounds of downward force upon each contraction as it literally pushes a tiny human being through the birth canal out into the world. It is simply the awesome grace and power of this feminine nature forming new life inside itself that demands the greatest respect.

There is some grunting. There is some sweating. There is some pain. But, the gain (as the saying goes) is far greater than the physical accomplishment that comes from years of bulking up. It is a nine-month journey of sacrifice that literally results in a new identity — not just for the woman who has now become a mother, but as a new person begotten from love.

To reproduce is to accept the true vocation of womanly design and thus fulfill a greater purpose than even the highest climb, the longest journey, or the most illustrious career produces. For those things are nothing more than inanimate huffing and puffing if the sanctity and inherent life-giving nature of the womb is sterilized and sacrificed for their cause.

In the end, I finished my sets and dabbed my feminine brow. As I sipped my water and watched the men continue their workout, I thought to myself: “Hmm, I can do what you’re doing. But you can’t be what I’m being.”

And Mrs. Potato Head was no longer insecure.

How Important Are Fruits and Vegetables?
Read
Avoiding the Spiritual Pride Trap
Read
How Christ Visits Us
Read