My Resistance to a Smartphone

When I whip my phone out of my pocket, people who know me well are usually surprised.

It's not an iPhone.

It's not an Android.

It's not smart, actually. 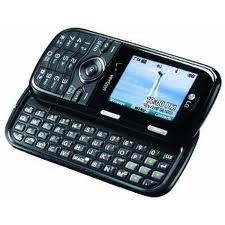 It's pretty much a regular phone, the kind your junior high niece is stuck with until she can pay her own data plan.

And you know what? I'm happy with it.

I know what would happen if I found myself suddenly willing to pay for a data plan and with my hot little hands on the phone of my dreams.

Not only would I suddenly have my eyes on a screen more than they already are, I would probably have to figure out some major organization and decision-making (i.e., what goes on the phone vs. what's on the iPad vs. what I'll use where vs. when do I need to take my iPad and on and on and on in an endless cycle).

There's also a certain expectation when you have a smartphone. Suddenly, you're available. All. The. Time.

I'm guilty of some of that already. I work from home, and I have an iPad that can hook me into wi-fi at any family member's or good friend's home. Silly me, I can check email practically all the time already. Do I really want to have one more tether, one more tie to something that really shouldn't have such an authority over me?

Then there's the bottom line: tossing my phone to the kids to amuse themselves would cause something like a WWF-level smackdown. My kids are as technology-geeked as I am, and while my oldest is bigger than the other two, they have some weapons of their own.

And, to be honest, I'm not sure I want to share.

That said, I have considered the awesomeness of the picture quality and my lack of a good camera since the death of my old one, the fact that I could finally figure out Ignio, and the general geeky-coolness of it.

Do you have a smartphone? What do you love--or hate--about it?