The Lasting Legacy of Motherhood 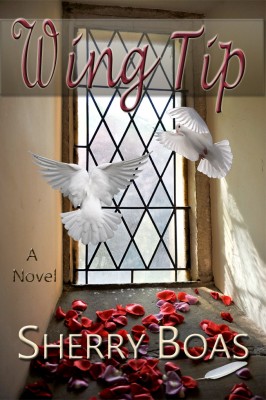 That’s why I love fiction. A fictional character’s legacy can be known. Not by the character herself, but by us. We can understand, for instance, exactly what it was that offered to change the course of events for Elina De Luz, one of the main characters in my new novel Wing Tip, and then, in turn, an entire world of other characters too numerous to count. It was the love of a mother. Not a perfect mother, but a mother who loved. The imperfect love of an imperfect woman, who died before she could see her child to adulthood, injected itself into a moment in time and garnered for itself the potential to change eternity.

In this excerpt, we begin to understand how love equips us with love.

Elina was expecting to see a nondescript blob of latent potential, the ingredients for a human person. But it was clearly something else. A perfectly shaped profile -- a large eye, the hint of a mouth, big belly, a tiny butt, feet and fingers. All limbs in motion, one or two occasionally springing off the spongy outer contours of this inner world, perhaps subconsciously practicing in frenetic anticipation of something larger awaiting … At that moment, Elina found herself wondering if fetuses ever cry. No, she reasoned. There is no need to cry in the womb. All desires are taken care of ahead of even knowing they exist. Food, warmth, the comfort of closeness to another human being -- delivered automatically by the female body. The feeling of being with her own mother, a feeling that used to return to her often, but had faded over the years, came to her now. That oneness with another human being who wants nothing else but to press you into her life-sustaining embrace in that still, steady, immovable moment in time. The baby within Elina maybe felt that already, at peace and trusting, completely unaware that something could destroy it, that something wanted to.

Elina inherited the ability to love. The question is: will she hand down her inheritance? Will she respond to love with love? The answer to that question will determine the fate of a thousand futures.

The love we give our children means something to them today. It means something big, whether they realize it or not and whether we realize it or not. But it will mean something even bigger someday. Someday when we are gone, and there is only the memory of us left, the answer we gave to love’s question will change something far greater than we can now imagine in this flash we call a lifetime.